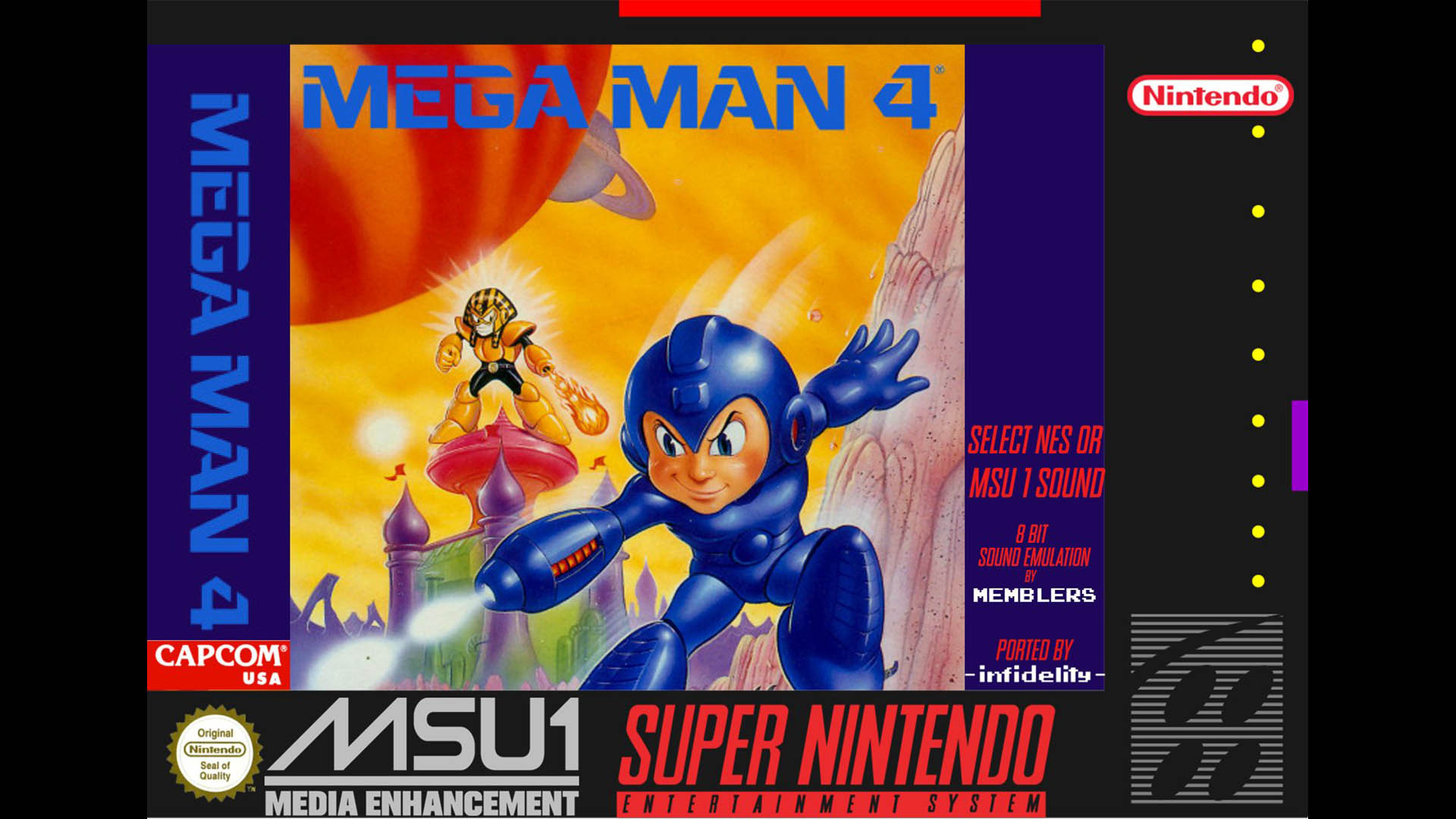 Developer Infidelity – Creator of the amazing Legend Of Link romhack for the NES – has just ported Mega Man IV from the NES to SNES.  This port is the result of six months of painstaking work, accomplished by modifying the game’s code to access the SNES’ hardware addresses, which are very different from the NES!  This is playable via emulation, as well as real hardware via ROM Carts.  More info after the links, as well as a livestream playthrough by My Life In Gaming:

Porting the game to the SNES has a few advantages.  First, you can take advantage of the higher sprite limit, meaning there won’t be as much flicker (if any) on the screen like you’d find with NES games.  Also, since the non-Jr SNES’ offer S-Video and RGB without a mod, getting sharper output from those consoles is much cheaper and easier than an original NES/Famicom, as all you’ll need is a new cable.

The audio has been improved as well and the game music can be heard two ways:  You can use a method of playing compatible with MSU-1 to hear the Rockman 4 Complete Works soundtrack from the Sony PlayStation.  Alternatively, developer Memblers created a 2A03 sound emulator for the SPC700 of the SNES, allowing 8-bit NES sounds to be heard on an SNES.  That means you’ll get an “emulated” NES soundtrack on your SNES, if you don’t have MSU-1 support.

Infidelity also included five FMV’s he created, of different Capcom introductions that people can chose from when booting the MSU-1 version of the game.  Overall, I’d call this a “must try” for anyone with the ability to play SNES roms!

Revision A is here! If you've previously downloaded the first build, please delete all of that and use this build. Includes my documents, too.