I’ve only tested a handful of “CDi 220”, front-loading units, but as long as your NTSC CDi has the Sony CXA chip, this mod should work for you too.  PAL 220’s should already have the RGB SCART built-in.  That being said, please proceed at your own risk!!!

– Start by removing the top cover:  Remove the two torx screws on each side and the top three screws in back:

– Next, remove the outer screws that contain the expansion socket.  These screws were one size larger torx than the case screws:

– Before you can remove the expansion socket, remove the two screws on top, then pull up from the area by the top screws to release the socket: 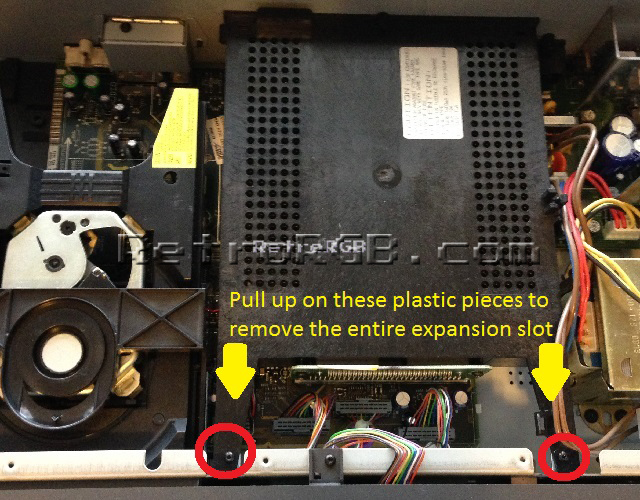 – You’ll find the Sony CXA chip underneath the expansion slot: 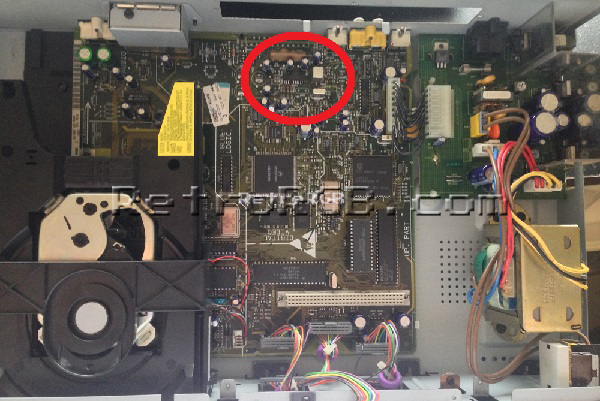 – Solder R, G, B and CSYNC (please see the note about csync below) directly to the chip, as shown here: 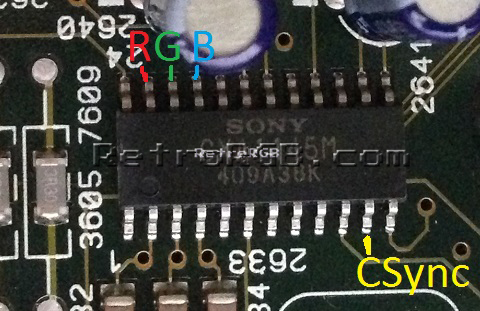 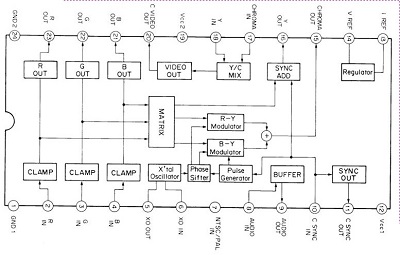 – Next, choose a mounting location for your RGB port.  I chose to use an 8-pin MiniDIN and mounted it where the RF adapter went, allowing the mod to be 100% reversible, without any cutting at all. 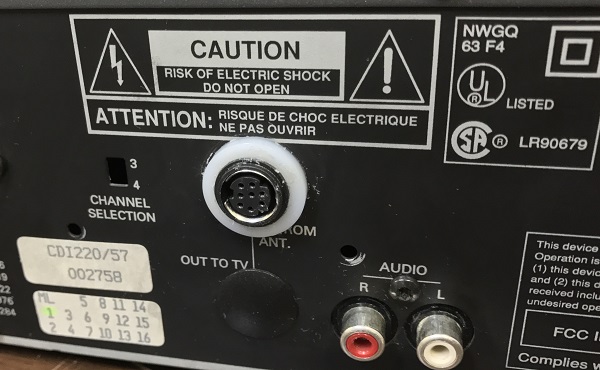 – Run all four video lines to the output.  Make sure each line has a 220uF/16v capacitor on the end, as well as a 75ohm resistor on each line as well.

– Find a ground point to solder to your connector.  There’s no “special” place to get ground, anywhere will do (just verify with your multimeter).  I used one of the holes the the RF adapter originally mounted to.

– If your RGB connector routes audio through it, wire that in as well.  I soldered my connections to the bottom of the RCA audio ports and ran them through the RF holes to the top of the board: 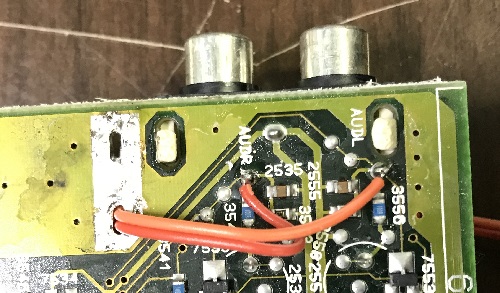 The CDi is pretty much the worst console ever made…but at least you can “enjoy” it in RGB! 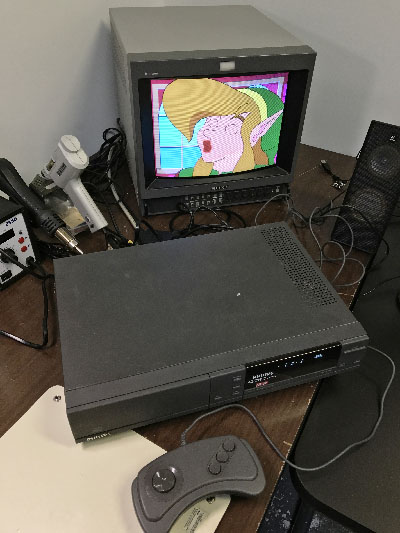 Well, that’s it!  Feel free to go back to the main CDi page.  If you’d like info on mods for other systems, head to the Getting RGB From Each System page or check out the main page for more retro-awesomeness.