There are no video-out mods available for the NGP at this time, however there’s an RGB-outputting dev tool called the K2_VIDEO.  Please read on for more info: 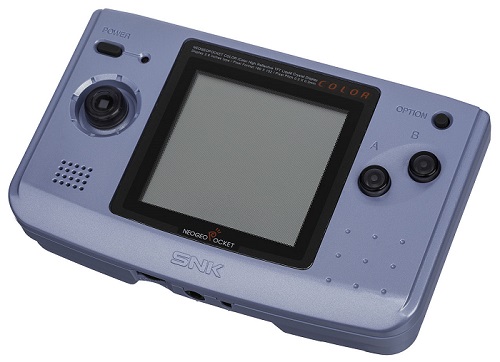 The Neo Geo Pocket is a portable game console made by SNK, the makers of the Neo Geo. It was originally released in Japan with a monochrome screen, but not many were produced before SNK discontinued it and launched a full color version called the “Neo Geo Pocket Color”. Most places only saw the NGPC and didn’t even know a monochrome version existed. Also, very few monochrome games were ever produced and many of them were later re-released as color versions for the NGPC:

All NGPC games can be played on an original NGP in a monochrome mode.  Also, all NGP games work on the NGPC, in either a colored or black & white mode.

The NGP / NGPC has a circular D-pad that clicks when you move it (as opposed to the standard plus-type d-pad).  Also, it has a battery backup built into the unit, as well as uses two AA batteries for gameplay.  The screen looks good, however it’s 160×152 resolution is about on par with a Game Boy Color and not as sharp as a Game Boy Advance.  Also, the screen is not back-lit, making it hard to see.

Click here for more info on the different versions:  http://lovewithoutanger.blogspot.com/2015/06/neo-geo-pocket-comparison-b-color-new.html

Light mod:
You can add an aftermarket front-light to the NGP and while it does improve the usability, it will never compare to a true backlit LCD screen, such as the GBA SP AGS-101, or any of the more modern handheld systems.  Since the only options are front-light, or no light at all, I opted to have Thursday Customs install the front light in my NGPC and it came out pretty good.  One suggestion though:  If you have a front-light added, make sure to opt for the brightness control.  The NGPC systems I’ve used require you to hold it at a slight angle for the best view and depending on the ambient light in the room, it’s really helpful to adjust the brightness.  Here’s some pics of my modded NGPC.  The first shows it in a lit room and also shows the brightness control on the back:

The second pic shows the screen in a dark room with the brightness down all the way (it’s still on), then up all the way.  Sorry for the odd angles, but it’s the only way to photograph the screen and show detail:

Overall, the Neo Geo Pocket Color is a decent system with a few great SNK games ported to it.  I wish there was an easy TV-out mod, or a back-lit screen, but it’s still looks better then some of the other handheld systems!