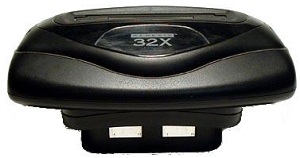 The 32x has the same video output port as the Genesis 2, 3 and CDX. To get RGB from it, simply use the same RGB cable you’d use with a Genesis 2, as described in the Genesis RGB Cables section.

If you’re using a CDX, Genesis 2, or any compatible Genesis console with a Genesis 2-style multi-out, you can attach the 32x with the standard male-to-male Genesis 2 patch cable that it originally came with. You can buy a replacement here if needed and if you decide to make your own, make sure to not connect the 5v pin in the cable!:

If you have a Genesis 1, it gets a bit complicated. My recommendation is to get two patch cables: The standard 32x patch cable listed above and a Genesis 1 Male-to-Genesis 2 Female adapter. This will allow you to use the same RGB cable directly with the Genesis 1 as with the 32x. Below on the left is one with a 3.5mm audio cable that allows you to connect stereo audio and on the right is one styled like the original: 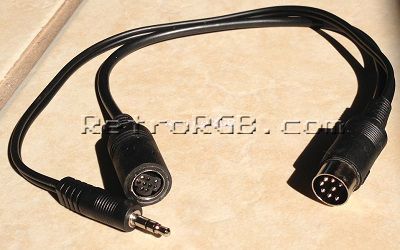 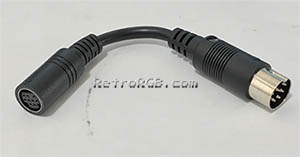 Alternatively, you can just make or buy one cable that directly connects the Genesis 1 to the 32x (although if you make your own, do not connect the 5v pin!).  If you use one of these cables, you’ll have to buy a second RGB cable for when you’re only using the Genesis without the 32x (SMS games and Virtua Racing don’t work with the 32x plugged in). 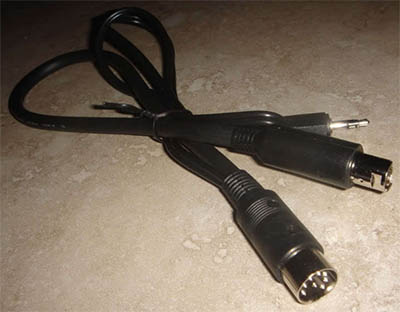 Here’s why I recommend using the Gen1-to-Gen 2 patch cable, plus a second 32x patch cable:  Most likely, your 32x isn’t going to be plugged in 100% of the time. Maybe you sometimes want to use the Power Base Converter, or maybe you’ll sometimes play Virtua Racing (it’s not compatible with the 32x). Another common scenario: You only want to plug the 32x in when you’re actually playing 32x games, since it’s so ugly! To solve this problem, you could buy two RGB SCART cables (one for the Genesis 1 and one for the 32x), but that’s a lot of hassle…especially if you have limited ports on a SCART switch. Buying a custom cable essentially turns your Genesis 1 output into a Genesis 2 output, allowing you (in conjunction with the stock 32x lead cable) to use the same RGB SCART cable for both. Here’s how it works:

The 32x originally came with two video cables: One lead that goes from the output of the Genesis 2 or CDX to the input of the 32x and a second adapter that allows you to plug it into a Genesis 1 (if you’re missing the main lead, here’s the replacement). The second adapter plugs into the original lead, but unfortunately only transfers mono sound, since the Genesis 1 A/V port didn’t include stereo out: 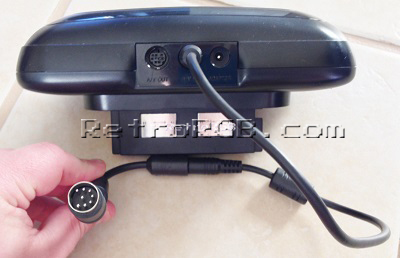 The custom cable would replace the second adapter that the 32x came with and would be plugged into your Genesis at all times. When just using the Genesis, the Genesis 2 RGB cable plugs directly into the custom cable: 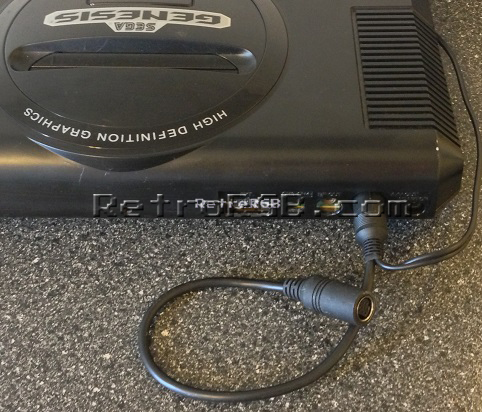 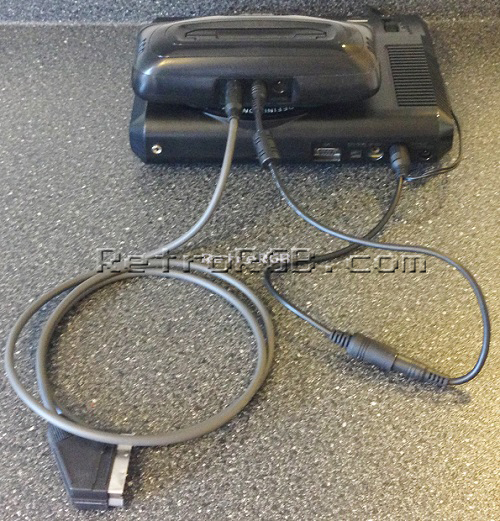 Also, the audio cable attached to it allows you to route stereo sound through the RGB cable (and 32x).  This will work perfect with both the front headphone audio output, as well as the rear, should you choose to perform the Model 1 Stereo Audio Mod.

Here’s an extremely important notice to people making their own 32x cables:  The cable that connects to the 32x must not have the 5v pin connected!  If it is, you can seriously damage the 32x, Genesis or both!  This includes pretty much every type of 32x patch cable, except the ones the have the female inputs (since those require a second patch cable).  Said differently:

– If the patch doesn’t connect to the 32x (like the ones with the female Gen 2 port), connect all pins.

– Any 32x patch cable that does connect to the 32x must not have the 5v pin wired!

Ste from HDRetrovision offered more technical insight into this:

If you look at the schematics of the 32X, it looks like they purposely kept the Genesis +5V from the cartridge slot and the internally generated +5V separate.  The most noticeable reason it seems is to add power sequencing to the design.  The 32X +5V is unable to turn on unless the Genesis +5V is present, which is what you want.

On the 32X PCB, the A/V output port (to the TV) uses the internal 32X +5V to supply that pin.  You would think that the A/V input port would connect the +5V pin to the Genesis cartridge +5V, but it does not.  It also connects that pin to the 32X’s +5V.  Therefore if you connect a patch cord containing the +5V Genesis pin, it will short to the 32X’s +5V rail and possibly cause power sequencing issues or other issues messing with the 32X’s voltage regulator by back-feeding it from the opposite direction.  Below is a screengrab of the schematics that shows this more clearly.  VCC is the 32X internal +5V rail.  Avoid those 2220P things as they are just EMI filters so you can consider them shorts.  Click for full-sized:

A reader Matthew recently emailed me a tip about 32x systems. I haven’t had time to verify, but wanted to add this to the page, as it seems like good info:
“The original 32x model number is MK-84000 and it came with a bus terminator for the Sega CD connection. The bus terminator would ground the Sega CD connection (If you didn’t have a Sega CD) and keep the original 32x from crashing on some revisions of the Genesis 2.

The revised unit had the model number MK-84000A and had most of the crashing bugs fixed which is why it didn\’t come with a bus terminator. This unit is probably most known to collectors as having a slightly larger cartridge slot that was just big enough to fit a Mega Drive game. You still need a region mod for your Genesis but you don\’t need a passthrough device or physical modifications to fit the cartridge.”

It’s my recommendation that if you have use anything other then a Genesis 1, just use the standard 32x patch cable (remember, no 5v connection on those!) and a Genesis 2 RGB SCART cable.  If you have a Genesis 1, you should use the M-F patch cable that essentially turns your Gen 1 output into a Gen 2, then use the above two mentioned cables.  All links are at the top.

I’m sorry if that was confusing, but blame Sega for making so many accessories for the Genesis without an easy way to connect them! If you’re using a Sega CD and are unsure about how the audio works in conjunction with the 32x, check out the Sega CD page for more info. If not, please head back to the main Genesis page.