There is both a TV-out mod and an LCD replacement mod for the Atari Lynx, as well as a new ROM cart.  Please read on for more info.

The Atari Lynx was the first color handheld with a backlit display. There were two different models released: The original (above-left) was released in 1989 and the “Lynx II” was released in 1991. The Lynx II was smaller, offered a stereo headphone-out jack (as opposed to mono on the original Lynx) and offered a “clearer” screen…at least by 1991 standards. Both screens are similar to a Game Gear screen, which is very poor compared to modern screens and in my opinion, didn’t age as well as the Game Boy screens. For more information about the Lynx’ history, check out the Wikipedia page.

McWill Mods:
McWill offers both kits and installation services for Lynx LCD and VGA mods.  Detailed info on both can be found below.  His website is currently being finished, but you can reach him on the Atari Age forum, or email him directly:  order-lynx-lcd@online.de
http://atariage.com/forums/topic/233632-lynx-lcd-replacementvga-out-by-mcwill/

Both the quality of the screen and the backlight are a huge improvement over the original. The pixels are a different size then the original and while that does change the look a bit, in my opinion it doesn’t take away from the experience of the game. Said differently, it didn’t feel like playing a 240p game in 480p, it just looked like a better version of the original and you can actually see the game clearly (click the bottom two for full-sized)!: 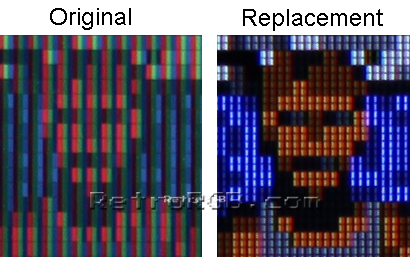 There’s also a scanline option available with newer firmwares. This can be toggled on and off by pressing the backlight button (LYNX-II) or by turning the backlight thumbwheel (LYNX-I). Click the image for a full-sized view, but this feature looks much better in person! 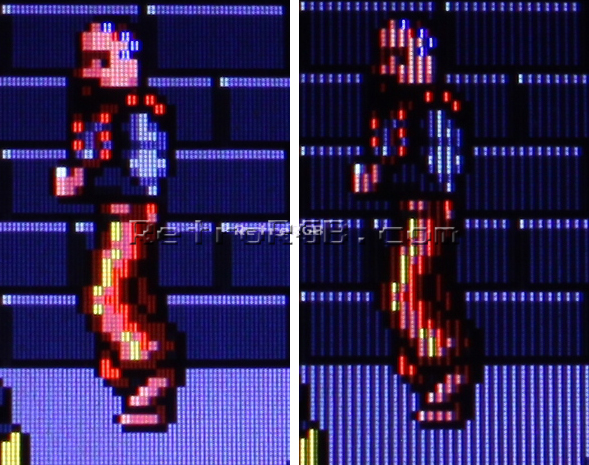 McWill’s kit outputs 480p VGA video through a port installed on the top on the system. It, as well as the VGA-with-scanlines mode is toggled by pressing the backlight button (LYNX-II) or by turning the backlight thumbwheel (LYNX-I). 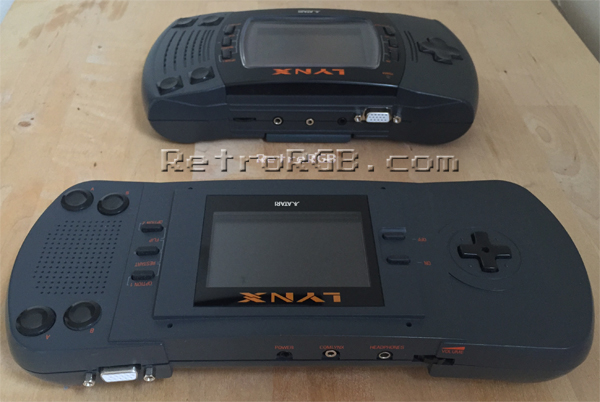 I tested on both an RGB monitor (that supports 480p), as well as my plasma TV. I thought the quality was great on both and didn’t detect any lag at all! Using the scanline option with a CRT did make it feel a bit more like 240p, however I chose to leave it off. On the plasma, I liked the look of the scanlines on, as it did make it feel more like a retro game.

A note about flat screens: Most require you to manually change the VGA format to 4:3, otherwise the image will be stretched:

Since the output is 480p, I was able to run the VGA signal through my Extron Emotia and convert it to 240p. It looked awesome and made the games feel like a standard 8 or 16-bit console game. Here’s a closeup (click for full-sized): 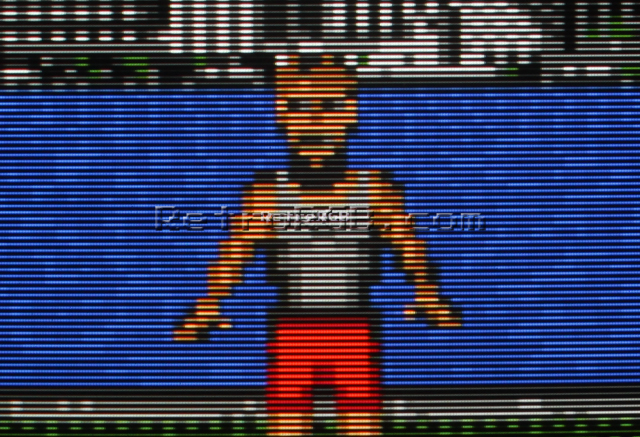 My conclusion on the Lynx:

– Try to test both model Lynx systems before purchasing, as each feels very different to hold. I imagine most people would prefer the Lynx II, but others might not agree.

– If you plan on playing lots of games on the system itself, definitely look into the LCD mod, as it’s a major improvement over the original screen. Even if you’re a die hard Lynx fan, it would be worth getting a second system just to have the upgraded LCD and an original version.

– The VGA out is great and really brings out all the details of the Lynx games…for better or worse. With such a clear signal, its easy to see some of the flaws of the games and system, but it’s definitely my preferred way to play Lynx games. I just wish 240p was a switchable option, as (in my opinion) it’s a much better looking choice when playing on RGB monitors.