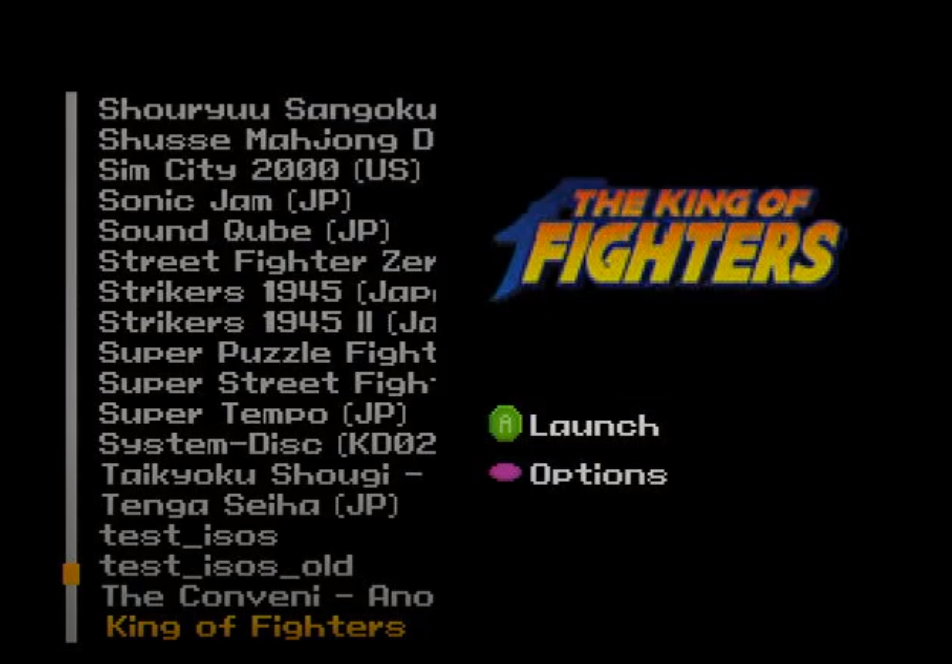 The latest update for the Fenrir ODE was released a few days ago and it brings bug fixes as well as a few new features. Sega Saturn enthusiasts who own one should definitely look into this firmware as it makes the user experience much nicer.

Due to the small differences between hardware revisions, Fenrir has two available models (20 or 21 pin) depending on when your Saturn was manufactured. Both the 20 pin and 21 pin versions can be updated, just make sure to grab the correct update file for your version of the device.

The Nested folders feature implements a hierarchical file structure that allows users to add folders inside folders. This should allow for some organizational flexibility and cleaner menus should Fenrir owners choose to take advantage of the feature.

Please note that this does not mean that hot-swapping for multi-disc games is now fully compatible. That is a separate issue that needs its own firmware implementation. For now, you will need to save your game before switching to a new disc.

Fenrir only loads images file in jpeg format. The width and height must be 128 x 96.

Per the official instructions:

Please note (as stated above) that your jpeg files must be named exactly the same as the folders that they correspond to otherwise the feature will not work correctly or at all.

Once up-and-running, users should be pleasantly surprised that Fenrir’s screenshots work much faster than the competing Terraonion MODE implementation in addition to being just as easy if not easier to set up. From my understanding, the ODE itself is doing the heavy lifting, which makes sense.

As of the time of my typing up this article, Pseudo Saturn Kai has not been updated so it may not play nicely with Fenrir depending on your setup.

In my opinion, the Fenrir menu is the better looking launcher of the two and the font is more legible than what PS Kai uses, but hopefully, both will continue to play nice as they continue to evolve. Perhaps users can be given a choice via a built-in toggle in a future update?

The option to launch a game from the CD player was also removed for some reason, which may affect small subset of games.

Oh missed that, does it works with Z button ?

Hopefully that CD functionality gets reimplemented in a future firmware update for compatibility.

Speaking of future firmware updates, Ced also teased what appears to be Wi-Fi loading, which would be a total game changer (literally and figuratively) if it comes to fruition.

Compared to other Sega Saturn ODE options such as the Rhea/Phoebe, MODE, & Satiator, Fenrir is the least expensive ODE solution but it is quickly gaining features that put it in a very competitive position when compared to rival devices to the benefit of consumers.

That said, all of the aforementioned ODE’s have their own pros & cons, so it’s best to do some research into them before spending your hard-earned cash.

For more information, please see the links below.