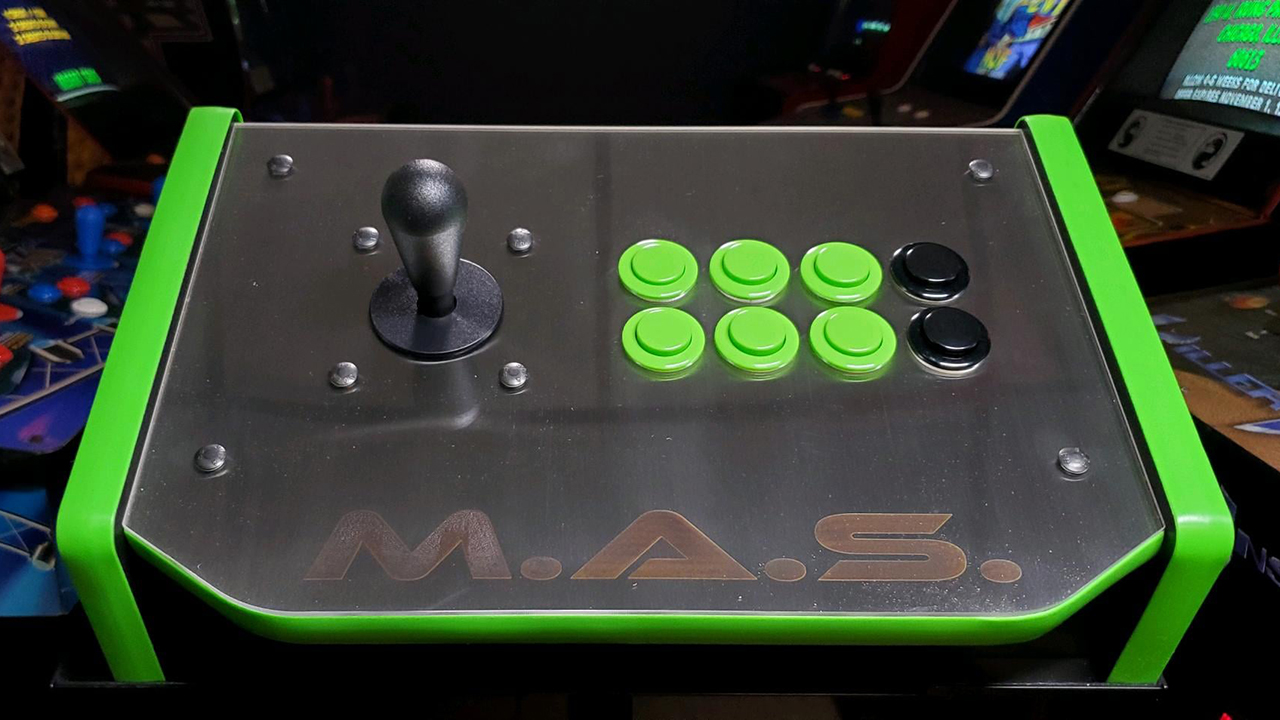 It was recently announced that Scanline City, creator of those awesome metal arcade board cases, will soon be selling officially licensed MAS arcade sticks.  While many people in the fighting game scene have migrated to using Japanese-style, Sanwa-based arcade sticks, there are still lots of people who prefer the American-style controls, which MAS did a great job emulating.

MAS controllers were still made on a case-by-case basis over the past few years, but that came to an end when creators Thao and Lynn tragically passed away in a house fire in 2021.  Arcade Shock had stayed in contact with the Nguyen family over the years and worked out a deal where Scanline City would take on the manufacturing and sales of the MAS arcade stick brand.  This was all done respectfully, with an officially licensed deal that allows for use of the MAS name, with royalties paid to the family.

After personally seeing their Mortal Kombat cases, it’s looking like the MAS name can be faithfully carried on, without sacrificing build quality.  While sales aren’t opened yet, they will eventually be available here:  https://www.scanlinecity.com/backpacks