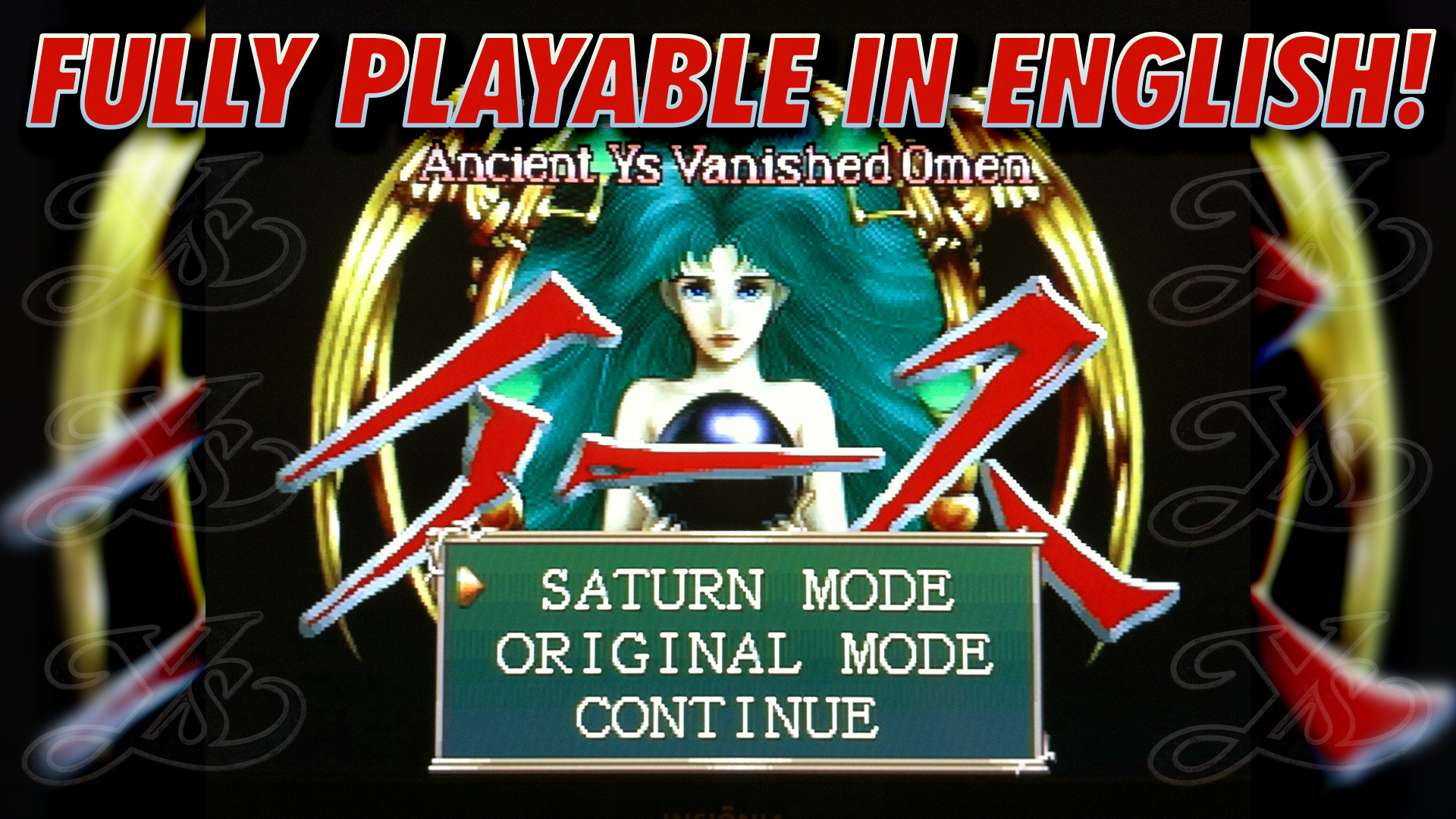 The remake of classic RPG Ys: The Vanished Omens in the Japanese-only Saturn compilation Falcom Classics is now playable from beginning to end in English thanks to a fan translation effort from Murzik and Crawdkenny on the SegaXtreme forums.

Murzik began working on Ys in January by using machine translation until CrawdKenny volunteered to translate early in the project. The patch they released a couple weeks ago fixes a couple bugs and translates enough text that the game can be played to completion — only Ys books in the inventory screen and the endgame story titles are left in Japanese.

The second half of the game’s text also lacks some formatting. So there’s still work ahead for the duo. Still, it’s a landmark achievement to get the game fully playable for English-speaking audiences.

The patch can be downloaded from SegaXtreme. It’s in PPF format, which, per the patch’s readme, must be applied to a copy of Falcom Classics with the PPF 3.0 patcher.

Falcom Classics was released on the Saturn in November 1997 in Japan only. It’s a compilation of three classic games from Falcom — Ys, Xanadu and Dragon Slayer, originally developed in 1987, ’85 and ’84, respectively. Each game has been enhanced with remade graphics and music to take advantage of the Saturn’s hardware, including other features like the addition of a dash button for Ys. The original versions of the games are playable as well.

Astute Shiro readers may notice that Murzik has been busy this year — in August they also invented the SDLoader, a device that plugs into the second controller port of a Saturn to swap save files between its SD card and the Saturn’s internal memory.