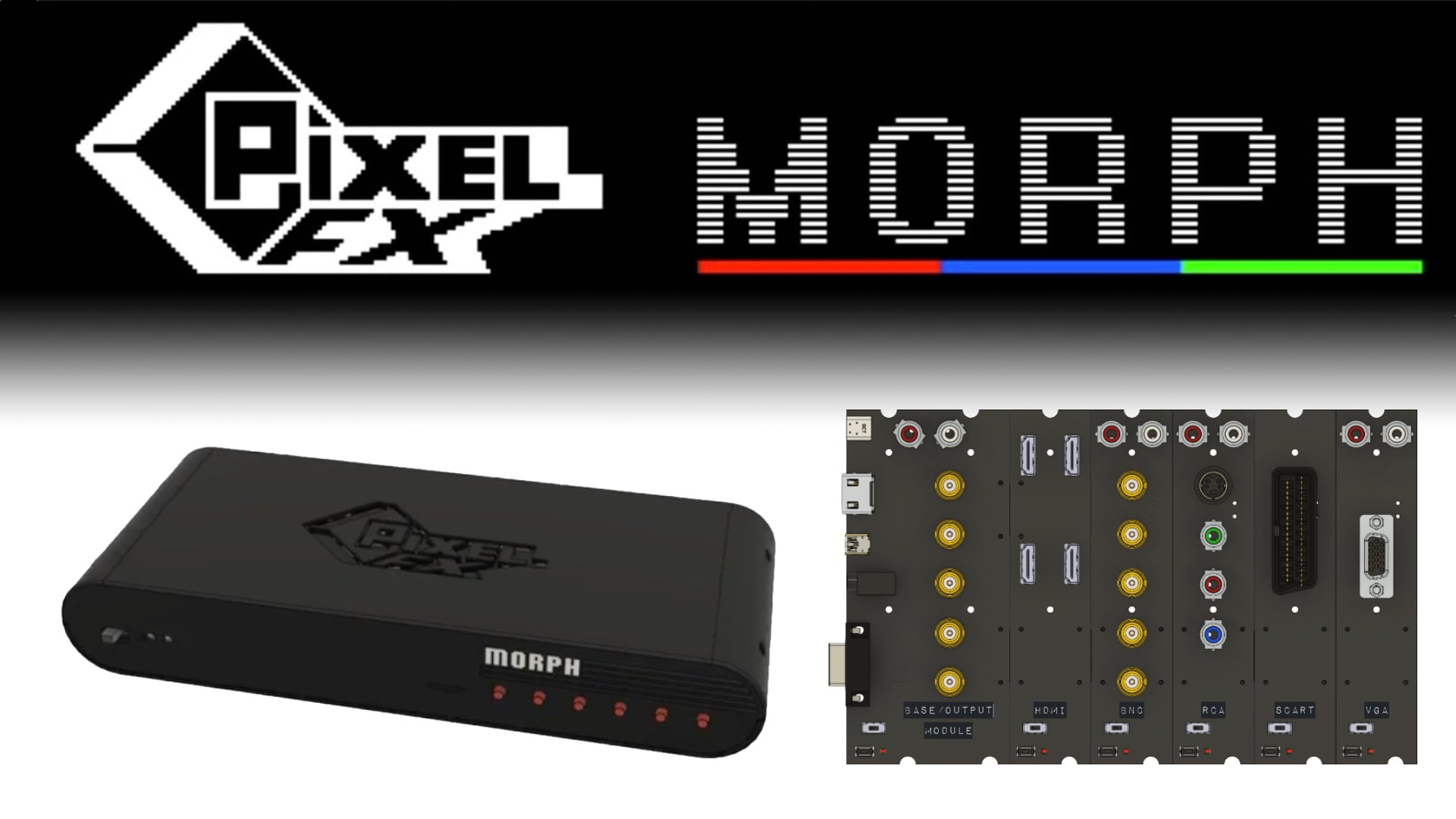 PixelFX—a trio of hardware developers responsible for some of the most polished console HDMI mods available—wrote up a recap post this weekend that not only chronicled their first year in business, but also outlined their vision for an ambitious pair of products that the plan to release over the next year:

First up: The Morph Scaler

The Morph is PixelFX’s first foray in to the external video scaler product category, which is currently populated by RetroTink’s line, the Open Source Scan Converter, the GBS-C, and the Micomsoft Framemeister. I don’t want to reiterate everything that PixelFX has already said about the Morph in this article, but I will outline a few of what I consider to be its most interesting features:

While all of this is impressive, the thing that has intrigued me the most so far is the second product that PixelFX unveiled: The Infinity Switch.

I feel like it’s fairly uncontroversial to say that most enthusiasts interested in a product like the Morph want to pair it with more than one console. The way this currently works is that you attach all your consoles to a video switch (e.g., the gscart switch) and then feed the output from that to the scaler of your choice. This works well enough but the problem is that the video switch and the scaler don’t communicate with each other, which means that your scaler really has no idea what console is being fed to it at any given time. If you have specific settings that you only want for some consoles and not others, you usually need to manually adjust those settings every time you use a different console.

But what if your scaler and your switcher could talk to each other? What if your switcher knew exactly what console was sending video to your scaler, and could tell the scaler to use your preferred settings for that console? That’s the promise of the Infinity Switch: a more automated way for the Morph to get the best image possible from multiple consoles.

It doesn’t stop there though, because the “Infinity” part of the Infinity Switch is that it is made up of multiple input modules that users can configure however they want. Do you have four consoles with HD Retrovision component cables and one with an RGB SCART output? Attach four RCA and one SCART modules to the main output module. If you eventually build a retro gaming PC, get an HD15 module and feed the VGA signal in to it. Got a GameCube or Wii with a GCDual mod installed? Add some HDMI ports. While the possibilities aren’t technically infinite, this is a level of customization that hasn’t yet been seen in this space and I am beyond excited to cut down on the number of devices I need to route all my different consoles around.

Again, I’m not going to rehash everything from PixelFX’s post but I will list a few things they’ve mentioned on social media that haven’t been collected anywhere else so far:

Again, PixelFX has made a huge announcement with both the Morph and the Infinity Switch. There are so many edge cases to discuss and features that are still in flux that it is difficult to comprehensively cover these devices, but we’ll be sure to continue covering these projects as they mature and get closer to release.