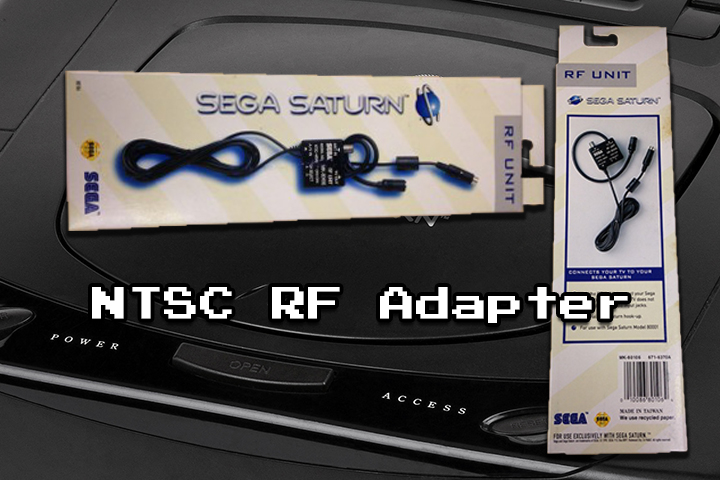 I imagine it might be surprising for some people to see a post about using RF on a website called RetroRGB, but there’s actually a good use for RF:  Let’s say you have an RGB setup, connected to your flat-panel TV through a RetroTINK, RAD2x or OSSC.  Any of those devices will provide an awesome experience on a flat-panel, even if you’re ‘just’ using S-Video through the TINK Pro.

…but what if you want to play light gun games?  While investing in an RGB monitor might seem nice, the cost and effort isn’t worth it for many people.  Using a consumer-grade CRT is the next-best choice and you can still find many for free at any size.  Unfortunately, lots of consumer CRT’s only shipped with an RF input, even all the way to the 2000’s.  While I’d never recommend connecting RF directly to a flat-panel TV, in most cases, RF on a CRT* is a perfectly acceptable experience.  Here’s a list of Saturn light gun games, with my favorites being the Virtua Cop’s:

Heck, another scenario might be that you still have an RF CRT lying around and want to start playing your old Saturn, but aren’t ready to invest in scaler setups yet.  While composite video or S-Video might be a better choice, RF is still fine on a CRT, unless you live in an area with a lot of wireless interference.  That’s what the “*” was referring to above:

*I currently live in Manhattan and when I test RF on a CRT, there’s so much analog “fuzz” that it’s almost unplayable.  The same exact console, cables, CRT, power adapters, etc didn’t have that interference at all when I brought the setup to expo’s for demos.  In fact, once I got away from the millions of wireless devices in NYC floating around interfering with things, RF looked indistinguishable from composite video on an early 2000’s Sony CRT, which had a good comb filter built in.  RF was still limited to mono audio, but overall the experience was fine.

I often say: “RF or composite plugged directly into a flat-panel is a terrible experience” and unfortunately, many people interpret that as all RF & composite experiences are terrible.  I’ve tried hard over the years to clarify that and hopefully posts like this might help put it into perspective.

…but once again, if you’re playing on a flat-panel, look for better options: