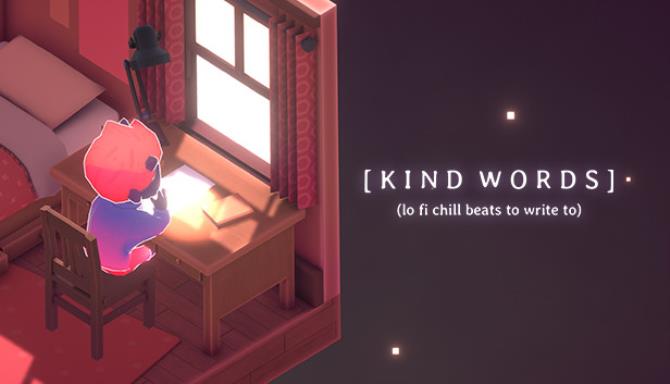 While wandering the aisles at PAX East, I stumbled across the Boston Video Games booth – A team dedicated to promoting developers local to the Boston area.  They were featuring a number of different games that are available on Steam, but being sold at the show in creative ways.

Some games were sold as non-functioning floppy disks, which contained a download code.  Others were disks signed by the developer to be sold as a ‘collectors edition’, making it a non-functional, but very cool way to “physically” own the game: 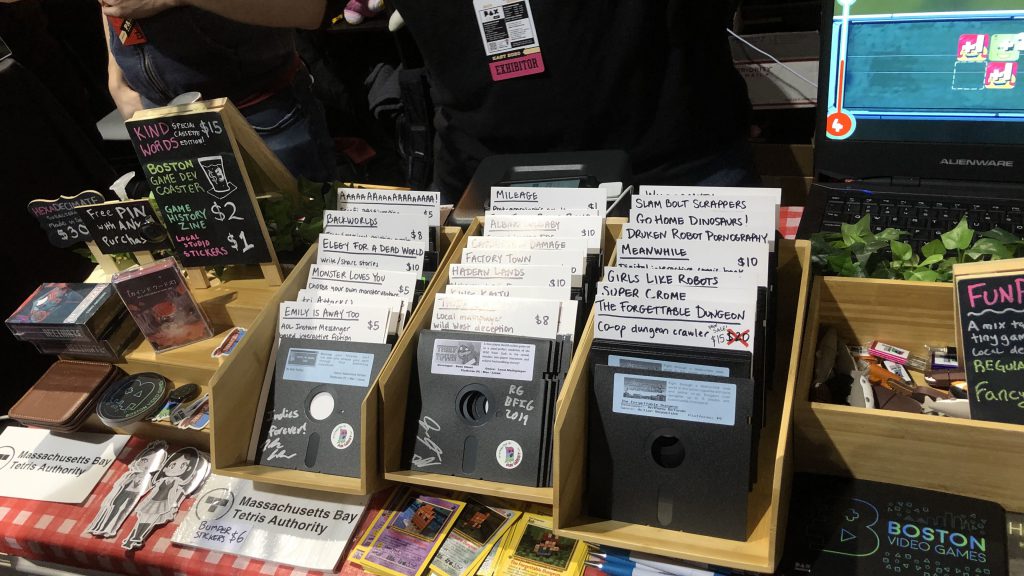 While all of these games and the methods they were using to sell them were unique, one game called Kind Words from Popcannibal really left an impression on me.  First, they were selling it as a working cassette tape, with the soundtrack to the game on it!  The unique presentation is what sparked my interest, but the game itself was kept me at the booth asking more:  In the game, you receive a letter of “kind words” and anonymously reply to it.  That’s it – Your character is simply someone sitting in a bedroom, writing letters.

These days, I tend to be cynical about how people act when hiding behind the safety of a keyboard, so I was curious how a game centered around positivity would fit into a time where “internet hatred” is a daily pat of everyone’s life.  Apparently, Kind Words seems to be having the opposite effect on most people.  The combination of the chill music and “environment” of your character writing a letter at a desk seems to put people in a good mindset while writing their letters.

I asked the developers how they deal with harassment and they said so far it’s been a very small issue.  The simple fact that the game costs money deters most trolls and there’s also a “report” feature for any troll letter that slips through.  This creates a relatively safe space that continues to draw a positive following.

Also, the fact that there’s no direct communication with any member seems to help, as there’s no “reward” for a troll’s bad behavior;  They’ll never know if someone even saw it at all and won’t get the satisfaction of knowing they got under someone’s skin.  I think all the factors combined make it an intriguing concept:  You anonymously place yourself in a reflective environment and randomly write someone a letter.  If you’d like to respond to other letters, it’s still a completely disconnected environment with no direct communication between anyone.

This is an odd post for me to write (and try to keep in context of what RetroRGB does), but it combines so many of the elements of the gaming community that I like to celebrate:  Indy game developers, a unique way to celebrate old media formats and a positive message that I think we can all use now and then.  Maybe after reading this, someone will buy Kind Words and start a daily or weekly habit of making kindness a “video game” you play…

(17153)
$12.98
Guardians Of The Galaxy: Awesome Mix Vol. 1 -BF14
(as of February 7, 2023 - More infoProduct prices and availability are accurate as of the date/time indicated and are subject to change. Any price and availability information displayed on [relevant Amazon Site(s), as applicable] at the time of purchase will apply to the purchase of this product.) 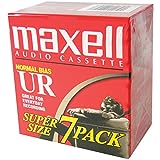 (1886)
$23.79 $18.25
Optimally designed for voice recording Low Noise surface provides a suitable media for music Total recording time per cassette tape is 90 minutes or 45 minutes per side
(as of February 7, 2023 - More infoProduct prices and availability are accurate as of the date/time indicated and are subject to change. Any price and availability information displayed on [relevant Amazon Site(s), as applicable] at the time of purchase will apply to the purchase of this product.)
Liked it? Take a second to support Bob on Patreon!