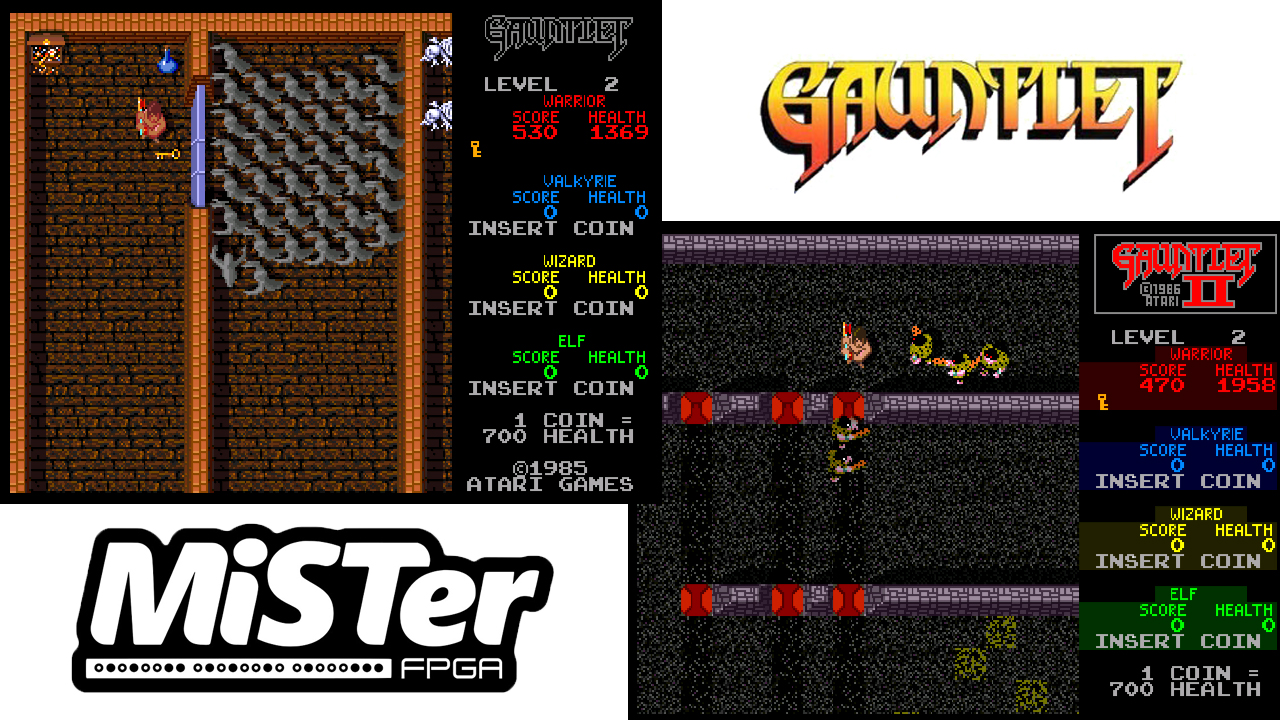 The arcade games Gauntlet and Gauntlet II have been ported to the MiSTer FPGA platform by Alex, aka d18c7db.  You can manually install it from the mra files on github, or use your favorite script updater:  https://github.com/MiSTer-devel/Arcade_Gauntlet_MiSTer

The open source MiSTer FPGA project is constantly evolving, with new cores and features being added so fast, that most of the time us RetroRGB writers can’t keep up.  As a result, we end up posting when a huge new feature is added, or its a subject that’s close to our hearts.  This post is definitely the latter.

I have distinct memories of pumping quarters into a Gauntlet machine that was in a local diner when I was still so young, I was closer in height to the coin slot, then I was the screen!  I remember being amazed by the swarm of enemies that would immediately engulf the character and would always end up using the magic too soon in order to clear them out.  While I’ve played the game via emulation (yet oddly never owned the Genesis versions), it’s really nice to see it being added to MiSTer’s ever-growing list of awesome games.

The work from people like d18c7db who are donating their time to reverse-enginner and port these arcade platforms, as well as others like  Jotego on the Capcom platforms, Furrtek on Neo Geo and of course Sorg for managing the whole project, the MiSTer is becoming an arcade platform powerhouse.  Combining these with MiSTeraddons’ upcoming JAMMA adapter, will surely result in an awesome experience.  Definitely expect a video and more coverage when that’s released!

Testing #MiSTercade beta boards. Not much longer until I get feedback from others. Very exciting! pic.twitter.com/r3SKL1tHkw