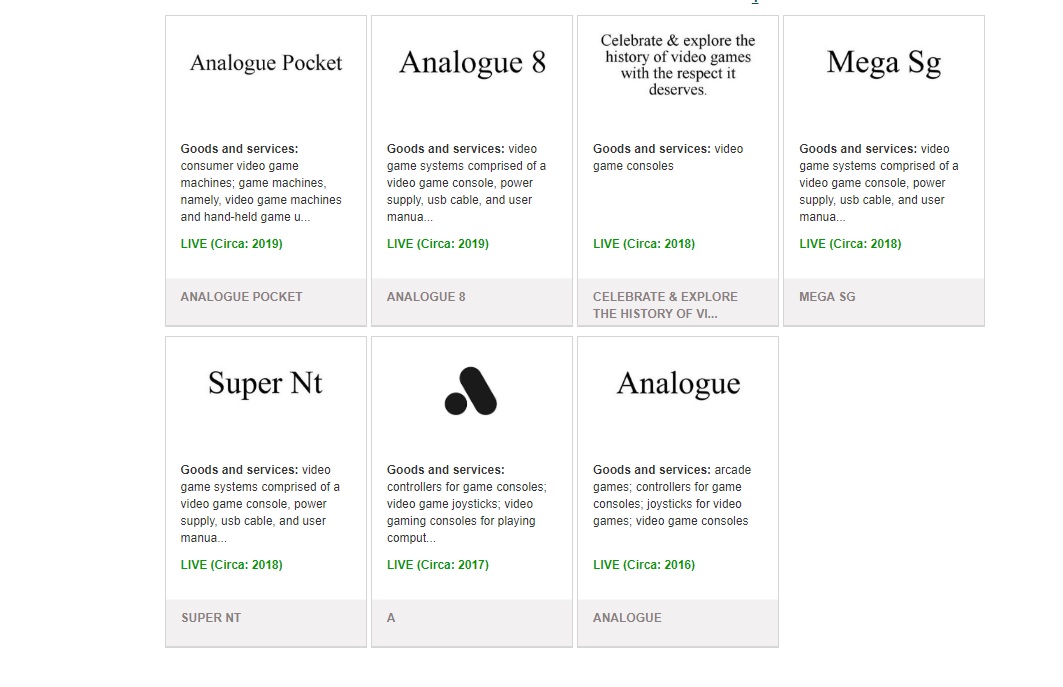 A recent trademark filing from Analogue may have leaked their plans for upcoming products:  https://www.trademarkia.com/company-analogue-inc-4617390-page-1-2

As shown on trademarkia, Analogue Inc. has filed trademarks on a handheld console named the Analogue Pocket, as well as another console titled the Analogue 8.  What they do with those trademarks is obviously speculation at this point, but a handheld that supports all their classic Game Boy and Game Gear cores would make sense.

I’d also like to hope this means a cheaper version of their NES console is on the way, as earlier models of the Analogue NT Mini still sell for astronomical prices on eBay, due to it’s support for many classic console cores.  Maybe those alleged 8-bit console will include some of those as well?