Top Hat Gaming Man just posted a highly entertaining and occasionally tongue-in-cheek video about the Philips CDi.  Jokes aside, this is an excellent video that presents the CDi in the correct perspective:  A “home entertainment machine” that eventually evolved into a game console.

I absolutely agree with all the points the video made, including the unwarranted hate the console gets.  While I’m not a big fan of the CDi (and yes, I tried quite a few games in its library before coming to that conclusion), I agree that it’s annoying when people slander things, simply because that’s what they’ve heard other people do;  Something that’s common with the Nintendo Virtual Boy, a console I do like.

The one piece of info I felt was left out of the video was the amount of controller lag that the CDi has:  There’s apparently quite a bit of latency on the CDi’s controller circuit, meaning action games like shooters or beat em ups might take awhile to adjust to.  This lag is yet another sign that during the CDi’s creation, gaming was put second to educational games and overall “media entertainment”.

The video also features guest appearances from Historic Nerd and Jenovi, as well as an amazing cameo from Wrestling With Gaming that resulted in my new favorite meme: 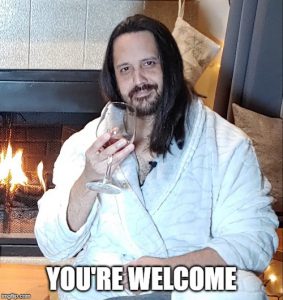 Anyway, please check out the video above for a sensible overview of the CDi!