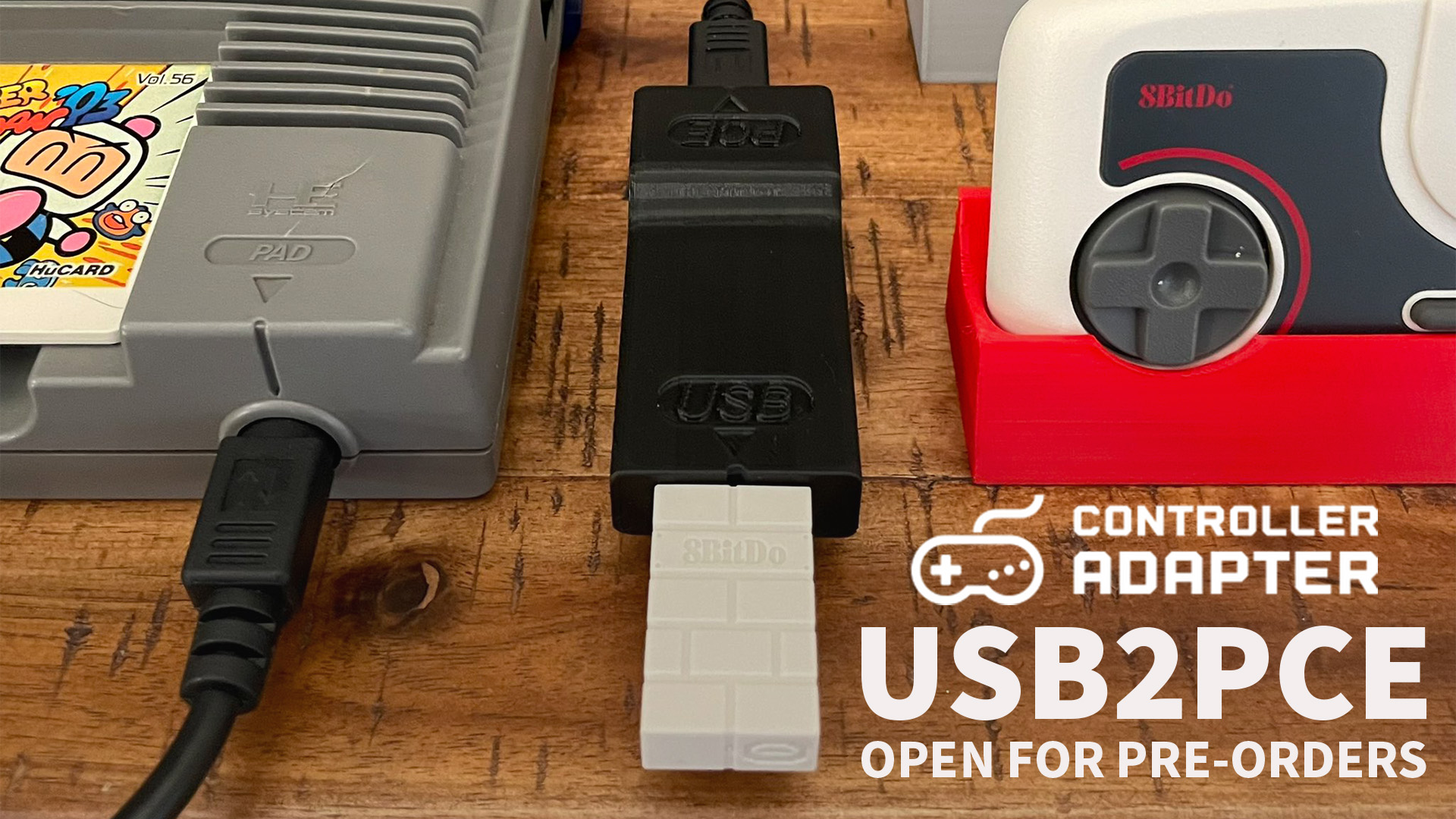 ControllerAdapter.com, aka Robert Dale Smith, has opened pre-orders for the USB2PCE. This adapter allows real PC Engine hardware to work with USB controllers, keyboards, and mice. Best of all, it is compatible with the 8BitDo PCE 2.4GHz wireless controllers!

Robert began working on the USB2PCE earlier in the year. If you’ve spent time on “retro twitter” in the last year, you’ve probably seen a push for 8bitDo to release a retro receiver for their wireless PCE controllers for the mini consoles. The USB2PCE seems to be a direct response to that, maybe sometimes not so serious, request.

The USB2PCE is built on Pi hardware paired with Roberts’s designs and firmware. It allows for both 2-button and 6-button mode support and for an HID keyboard to mimic a PC Engine controller or an HID USB mouse to mimic the PC Engine mouse.

These are not the same as the popular Blue Retro adapters, as this is not designed to allow for wireless connectivity outside the 2.4ghz dongle that comes with the PCE wireless controllers. But like the Blue Retro adapters, it was expanded to work with several other USB controllers, and the firmware can be updated later on to allow for more. For those with Turbografx-16 hardware, it does work with those but will require a PCEngine to TG-16 adapter cable that is not included.

Currently, the USB2PCE supports these controllers:

The USB2PCE adapter is currently up for pre-order at https://controlleradapter.com/products/usb-2-pce and is $60.00.

Initializing the current pre-order puts you on a list with a checkout link sent as soon as the adapters are in hand. Batch one is being manufactured and should start shipping in October, with a second batch planned for the end of the year.