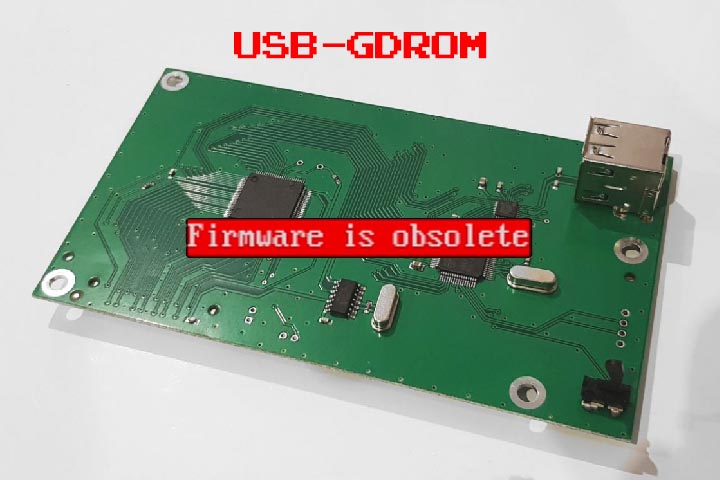 Here’s some extremely startling news that affects all users of mnemo’s USB-GDROM (Dreamcast *ODE) and USB Host (3DO *ODE) products:  The firmware will eventually “expire” and the device will be bricked.

This was first posted by Dreamcast fan @pcwzrd13 last August while watching a live stream from William Nash (I apologize that it took so long to be recognized and posted on RetroRGB).  During the stream at about the 8 minute mark, William received a message when trying to launch a game that gave him the “Firmware Is Obsolete” error you see in the picture above.  He was able to update the firmware and get it working again, but that means:

Once the firmware “expires”, USB-GDROM is UNUSABLE!!!  That means you’re not “purchasing a product”, you’re “renting” it for the duration of time mnemo supports the firmware.  Also, there’s no indication on how the device expires.  Does it use the Dreamcast’s internal clock?  Does that mean if a current user changes the date to 2020, will their USB-GDROM stop working?  What happens if someone then changes it back – Is it permanently bricked until after a “2020 firmware”?

Also, was this information ever presented to the customer in any possible way!?  No one I know who’s bought one had any indication there was an expiration date.  Unless I’m mistaken, this was “snuck” into the firmware, without notifying users before purchase.

That is insane and absolutely unacceptable.  mnemo has a history of terrible customer service, inconsistent order fulfillment and creates products that essentially cannibalize parts from donor machines.  Adding to all that is not only the fact that the “time bomb” exists, but that he brags about it in his FAQ and uses it as a dig to a competitor:

I need to be ABSOLUTELY clear:

This is not a security feature.  Adding an encryption chip to the board is a security feature (one that does not affect the customer at all).  Locking the firmware to the serial number of each device is an annoying, but commonly used security feature.  This is, quite frankly, a deliberate decision from an egotistical developer who loves a power play.

A different user has emailed mnemo and he once again confirmed the “time bomb” is true, but claims he’ll be releasing firmware in the future to disable it (click for full-sized): 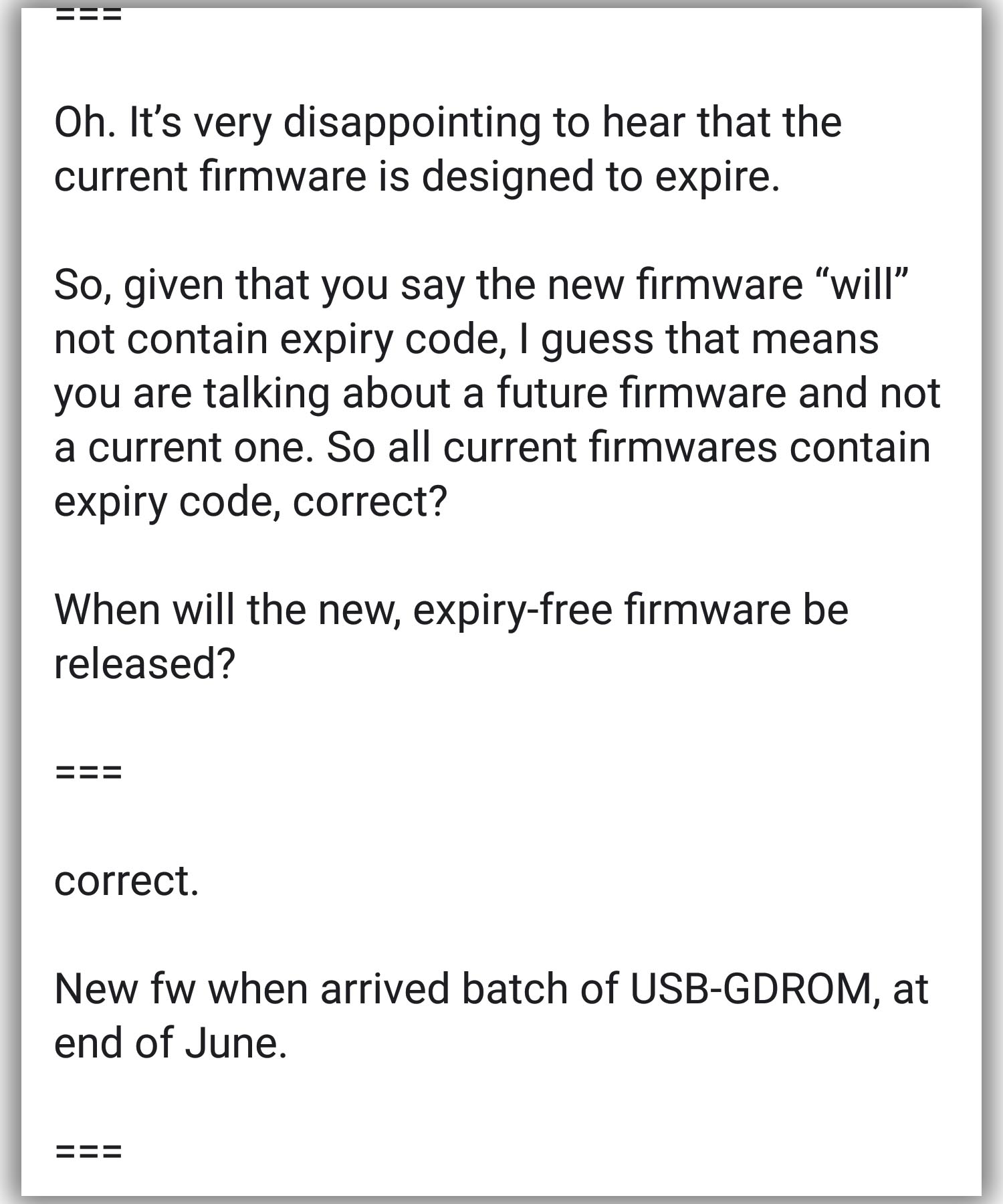 My opinion:  Too little too late.  Now I’m extra glad I recommended people stay away from the USB-GDROM in my Dreamcast videos.

*ODE is an abbreviation for Optical Drive Emulator – A device that replaces the mechanical laser and drive mechanism of a CD-based console and allows users to boot games off other devices (normally flash memory).

UPDATE:  Looks like mnemo posted a firmware update the same day as this post.  No official mention of the time bomb on his website, however he claimed in an email that it was removed.  He also made an odd mention to the 3DO firmwares (2nd pic) that to me sounds like a time bomb was never implemented in the first place…but that can be interpreted either way: 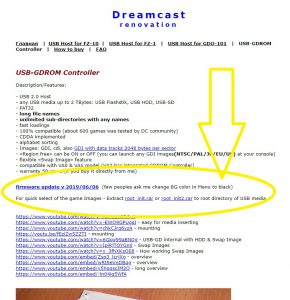 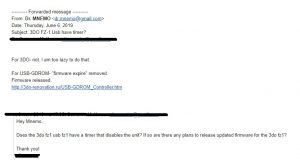