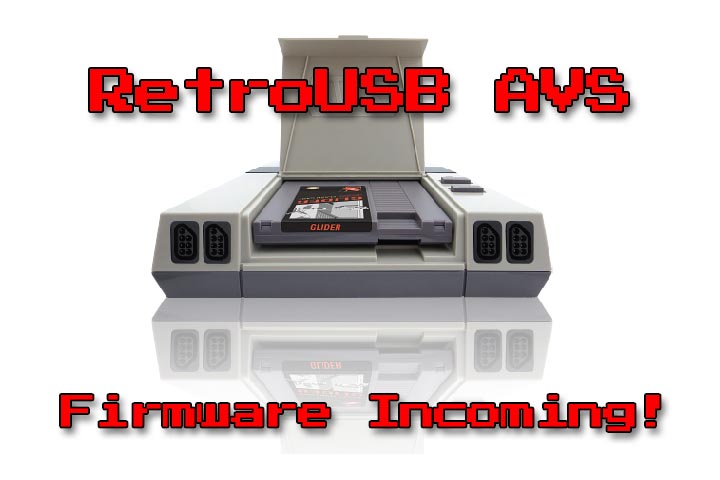 Brian from RetroUSB has just posted his plans for a new AVS firmware.  This is (as far as I can remember) the first firmware update in years for the AVS and is bringing some new features:

I reviewed the AVS when it was released and always loved it.  At around $200, I think it’s an excellent 720p HDMI NES/Famicom solution and even though it’s a few years old, it’s still the least expensive way to play NES via HDMI.  It’s FPGA implementation is extremely accurate and ads no lag to the experience (other than what your TV ads of course).  In fact, my only criticisms were the lack of palette choices and video output options.  I’ve begged Brian to consider adding:

Let’s hope that Brian will get the new firmware with color palette support out soon and would re-consider the video resolution options…provided the FPGA is even able to be configured that way.  More info can be found on a Nintendoage thread and you can purchase the AVS here: