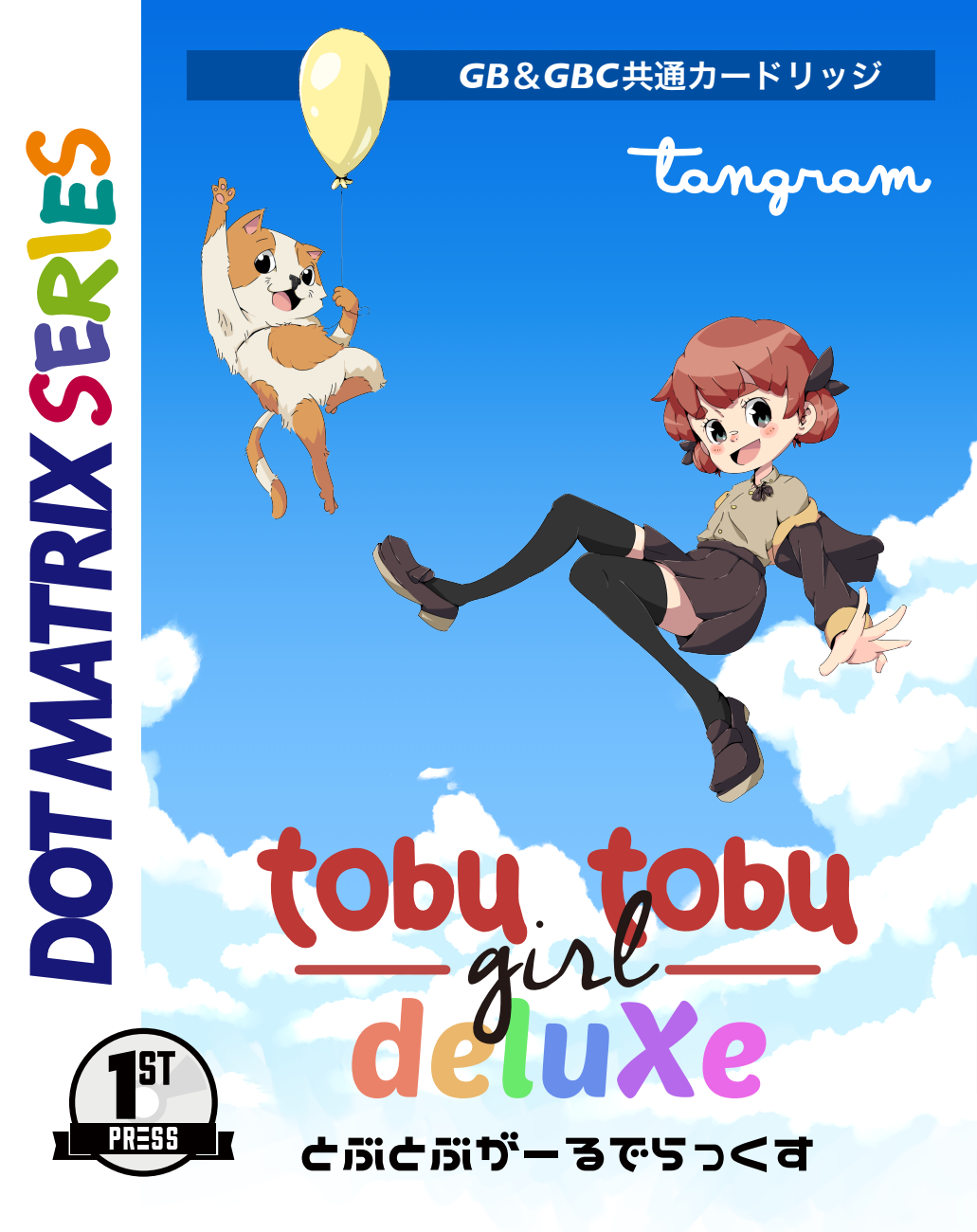 Indie studio Tangram Games has opened a Kickstarter to fund a physical release of Tobu Tobu Girl Deluxe for Game Boy Color & Game Boy through First Press Games. Just like the original Tobu Tobu Girl, the the Deluxe ROM will be made freely available through Itch.io and its source code will be on Github.

Tobu Tobu Girl Deluxe is an enhanced version of the original featuring improved, full-color graphics and will be fully compatible with both the Game Boy and Game Boy Color.

Your cat is floating into the atmosphere and you are the only one who can save it. Jump, dash, and flap your arms to maneuver around perilous obstacles racing against the clock to retrieve your pet friend before it is too late!

Tobu Tobu Girl is a fun and challenging arcade platformer for the Game Boy developed by Tangram Games featuring an original soundtrack by potato-tan.