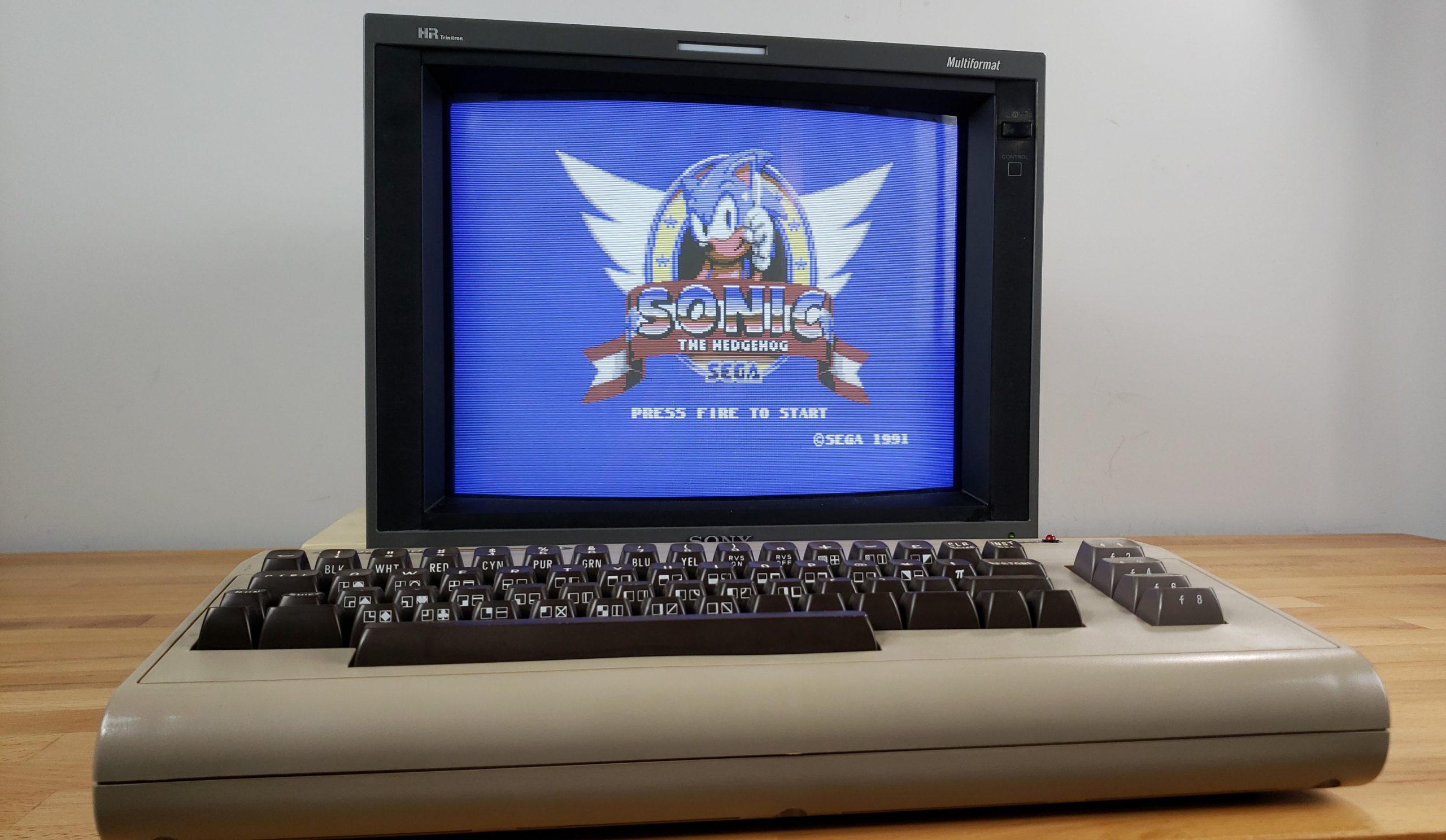 Sonic the Hedgehog may be forever mostly associated with the Sega Genesis or Megadrive depending on your region, but there is now a new way to play this classic and that’s on the Commodore 64! Developed by Mr. Sid using some clever hardware expansions and tricks, this very fast scrolling game is something that didn’t seem possible on hardware of this age. Keep in mind the C64 released in 1982!

It may not seem like much of a feat considering how many different platforms we can now enjoy the fast blue hedgehog on, but the C64 features a CPU clocked at about 1 MHz and 64 KB of memory – which isn’t much to work on for a game as complex, or above all as fast, as Sonic. This version of the game is based on the one we otherwise have seen on Sega’s 8 bit systems, but pulling this off on the C64 appears to not have been an easy task.

In order to provide the memory needed to quickly swap in and out the sprite data for the very fast scrolling, the REU or Ram Expansion Unit had to be leveraged. This is a hardware expansion module for the C64 that provides up to an additional 512 KB of memory for use by programs and Sonic will not launch without this addon installed in your system. Which is a bit of a problem as even if you have an original C64 available to use, the REUs are unfortunately not easy to come by anymore and there doesn’t appear to be many, if any, aftermarket alternatives yet. However should you be lucky to have (or can source) one, this game is fully supported on original hardware.

That said, the game also runs great both under the Vice emulator on Windows as well as on the MiSTer platform using the C64 core. Make sure however that you enable the REU expansion for either setup to allow the game to run properly. Boosting the CPU speed is also not a bad idea to increase performance and cut down on loading time, and make sure your region is set to NTSC.

So how does the game actually play? Great! It’s a treat to play and feels very natural once the game starts. Scrolling is very smooth and fast and the action is just as you’d expect. The added bonus is that the music is of course rendered by the famous SID chip in the C64, providing that classic sound the platform is famous for. The rendition of the Green Hill Zone music for this version may be one of my favorites so far. This release really is a marvel and shows what the C64 (with some additions) is capable of when pushed to and beyond its original limits. If you are a fan of either Sonic or the C64, or both, it’s well worth checking out.