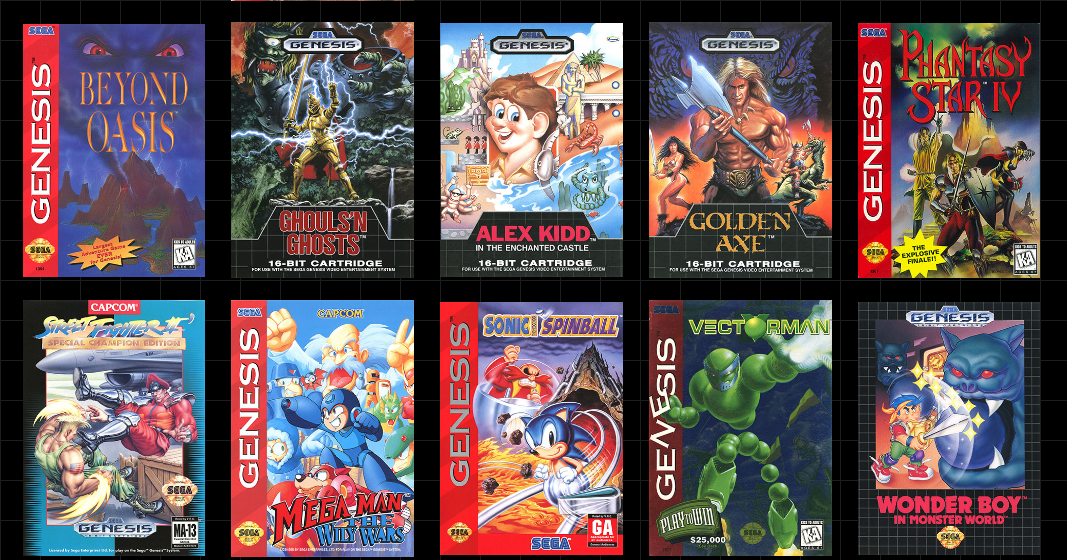 This morning, Sega revealed the next 10 games for its upcoming Genesis Mini. Out of the 10, the one that stands out the most is Mega Man: The Wily Wars.  This game never received a physical release in North America.  Those that did play it when it was released either imported the game from other regions or were lucky enough to have access to the Sega Channel via their local cable provider.

This brings the known total of games up to 30 out of the 40 that are scheduled for release on the micro console.  Other stand out titles are Castlevania: Bloodlines, Contra: Hard Corps, Gunstar Heroes, and Ghouls & Ghosts. Some strange omissions are Revenge of Shinobi, Shadow Dancer, and Sonic 3 (& Knuckles), and Columns.  Overall, the collection is still “pound for pound” superior to lackluster lineup of the Playstation Classic.

Hopefully, those titles will show up in the last wave of games.  Personally, I’d like to see Teenage Mutant Ninja Turtles: Hyperstone Heist, Alien Soldier, and Monster World IV added to the list.  Of course, since the SNES classic did include StarFox, it would be awesome if Sega added Virtua Racing as its own 3D title.

For those that don’t want to play Street Fighter II: Special Champion Edition with the included 3 button controller, Retro-Bit announced that they designed an officially licensed 6 button USB Genesis controller for the Mini.

We’re thrilled to announce the #RetroBitxSEGA 6-button USB® controller exclusively designed for the @SEGA #GenesisMini This August, gain the ultimate advantage on any of the 40 legendary classics for $19.99! Can’t wait? Try our SEGA USB® controllers. 😉 https://t.co/iSKLIeMLfV pic.twitter.com/fCEsNkkXAI

(11801)
$155.89 $148.90
The iconic SEGA Genesis console that defined a generation of gaming returns in a slick, miniaturized unit. The SEGA Genesis Mini console is loaded with 42 legendary games and is plug and play ready right out of the box! Box contents: Sega Genesis Min... read more
(as of December 8, 2021 - More infoProduct prices and availability are accurate as of the date/time indicated and are subject to change. Any price and availability information displayed on [relevant Amazon Site(s), as applicable] at the time of purchase will apply to the purchase of this product.)