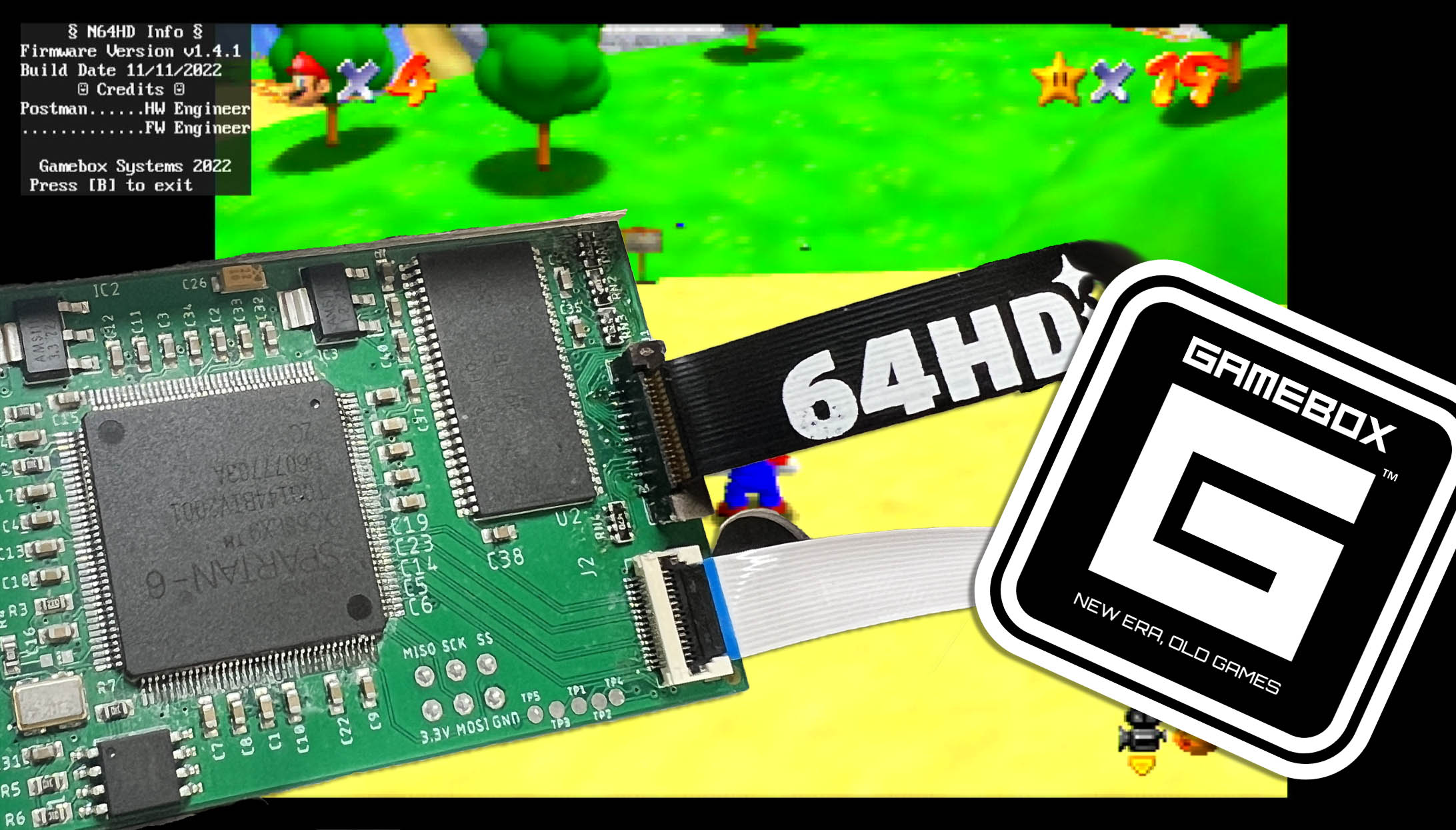 Gamebox Systems are opening pre-orders on their N64 HDMI mod, this Friday December 16th at 6PM CST.  This is an internal, digital-to-digital kit, supporting 240p, 480p, 720p and 1080i resolutions.  The price is $110 plus shipping and they’re due to ship mid-February.  There will also be N64’s with pre-installed kits for sale later next year.

The resolution options are great, as 720p should be fine more most people’s setups, but other options might actually be even better: 240p output allows a cheap Digital to Analog converter to output either component or RGB video for use with CRT’s.  And any future scaler with an HDMI input can sale the console’s original signal, but with the clean advantage of a clean digital to digital mod.  Next, 480p can be great for streaming, or with a VGA converter for use with CRT VGA monitors.  And even 1080i might be interesting to experiment with for games that were natively 480i – Just keep in mind that running interlaced resolutions on flat-panels usually adds a ton of lag, but maybe you have an HD-CRT, or modern scaler?

At the moment, pre-production firmware is showing about 1-2 frames of variable latency, as they’re using the same codebase as their GBA consolizer.  Excellent news though – Since the N64 outputs (mostly) standard TV signals, it’s likely the team can lower the lag before release.  We’ll of course keep everyone updated as firmware progresses.

We are pushing back preorders to Friday 12/16 upon Postman’s request so that he can polish the beta firmware a bit more for his fw demo.