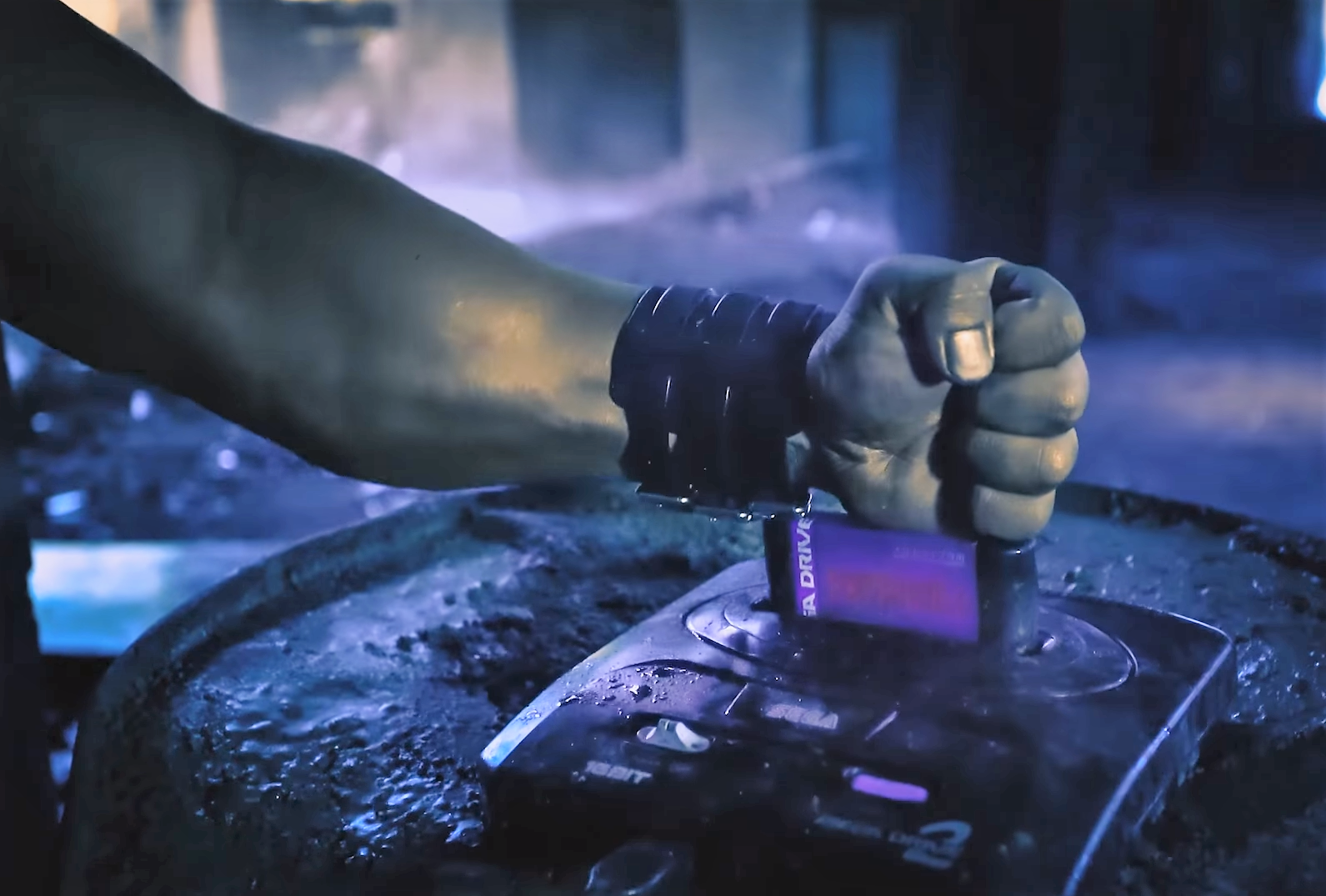 Two projects that are considered vaporware by many have risen from the depths of limbo this month. The first of the two, known as the Polymega, recently allowed for Bob of RetroRGB to get some hands-on time with their pre-release hardware.

Now, in a similar strategic move, Paprium‘s head, Fonzie (the head of Watermelon Games) has finally allowed for his leading artist and WM partner Luis Martins, to play-test the game that he provided a ton of assets for.

To everyone’s surprise, the Fonz flew to Luis’ home and the game was allegedly played on an actual physical cart in Martins Mega Drive.

As with Bob of RetroRGB, I trust that Luis Martins wouldn’t put his reputation on the line on just a hunch.  The latter has a lot more to lose from this venture including time, work, and monetary compensation. Nevertheless, he put out the following tweet:

Great news Paprium fans. Managed to have Gwenael ( WM ) come over this weekend. Signed the arcade sticks art covers while play testing the game running on final cart on my personal Sega Genesis. Saw videos of the manufacturing in china. You will S…t your pants. 😮#Paprium

This is a big claim since game that was shown at the faux “launch party” on October 2018 was a huge, buggy mess.

To go from the broken state demonstrated in this video to a finalized ROM that’s supposedly in production in just six months time is a HUGE leap. (Never mind that Watermelon claimed that it would be in our hands by the time that party happened.) Similar to  what’s planned for the Polymega, I would not be surprised to see another round of pre-orders go up, although that is pure speculation on my part.

This update does not mean that the game (if it isn’t vaporware) will be in customers hands any time soon. A simple production issue could delay the game again for an uncertain amount of time.

What doesn’t make any sense whatsoever is Watermelon games absolute refusal to communicate with their own customers in a timely fashion.  Between both Fonzie and Luis, these videos should be released to the public, but if I have learned anything in my time on this Earth, common sense is not so common.

Let’s hope that both customers and backers actually get the product that they paid for. At this time, since Paprium’s announcement, we’ve had new games such as Tanglewood, Tanzer, & FX-Unit Yuki all get announced and released for the Genesis / Mega Drive in physical form.

The eagerly awaited Xeno Crisis is also due for release soon. Outside of the Genesis, the series that inspired Paprium in the first place, the beloved Street’s of Rage series is also receiving a new game.

As a reminder, these products are still unproven leaps-in-faith.  The current news just means that the leap is just a little bit shorter, so proceed at your own risk.

Hopefully, the next time that we hear about the Paprium or the Polymega brands being mentioned, it’s due to their actual releases happening.