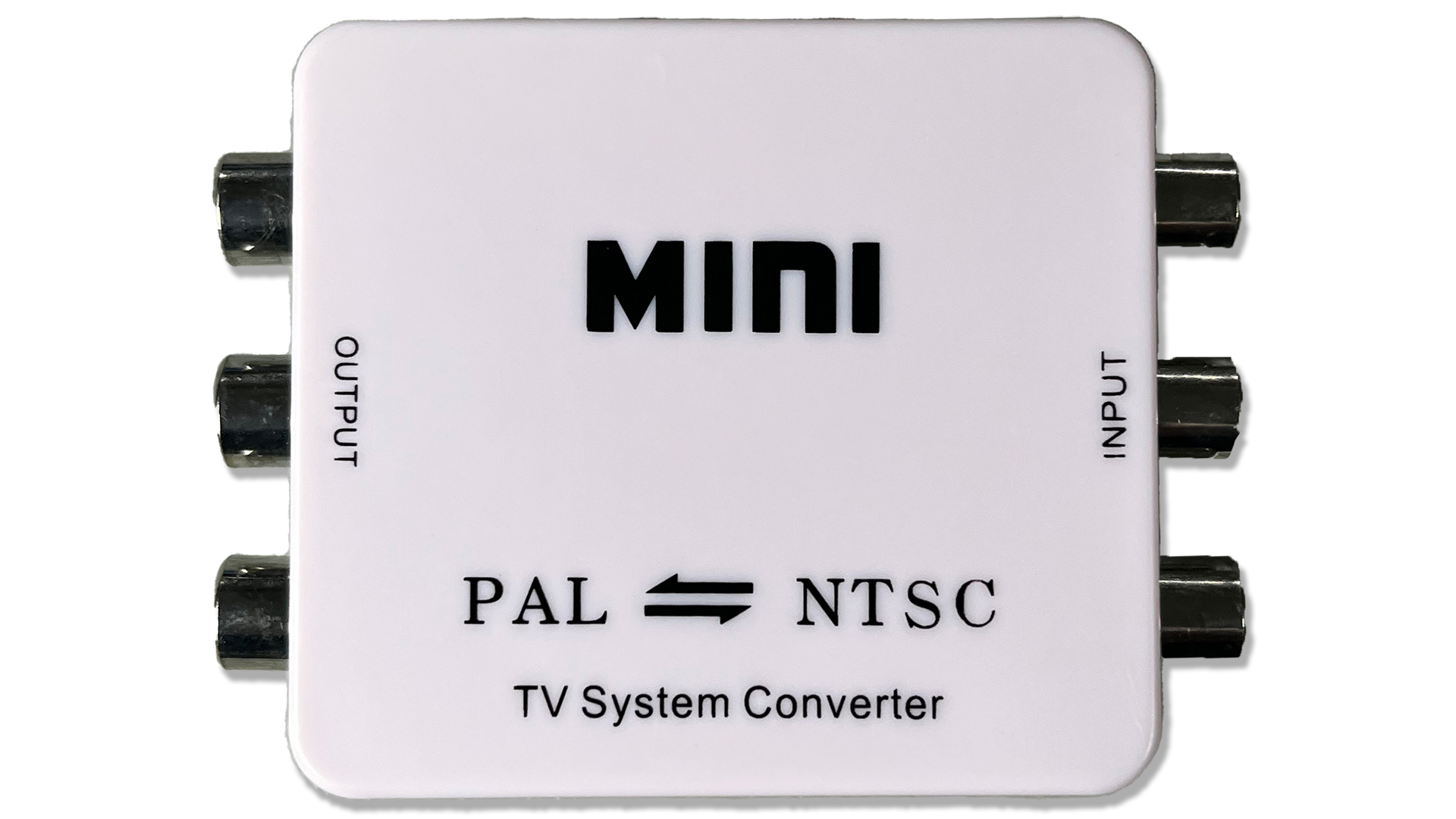 Do you need to connect an NTSC composite video source to a PAL device?  How about the opposite, a PAL console, VHS player, etc to an NTSC TV or scaler?  I just finished a livestream with Louis from Zez Retro, where we tested (among other things) just that!  The color conversion was decent (for a device this cheap) and it seemed to treat 240p correctly, so your image shouldn’t be converter to 480i in use – It should stay as 240p (or stay as 480i, if that’s the signal you’re feeding it).  The only problem is lag:  We both own the same converter, but mine tested at less than one frame of lag and Louis’ tested at over five frames of lag.  I have a guess as two the difference between the two, which I detail below.  If you’d like to take the risk, purchase the one from the link I used and test it with a Time Sleuth to be sure!:

Here’s the link I used to purchase:  https://amzn.to/3OOq6mS

So, the usual disclaimer:  Both Louis and I verified our test setups, live on stream and confirmed our test equipment is zero lag.  The results were the same when going from PAL to NTSC and NTSC to PAL.  We opened our units and not only did they look identical on the outside, the motherboards were identical too.  Heck, they even had the same build date – although that might be cloned from an original product, might be the design date, or might just be the PCB’s build date.  The only difference we could spot was one main chip;  The pinout and shape were identical, but the markings were different:

Here’s the one I tested that came in between 0 and 1 frame of lag.  The main difference we spotted was the “HD165B” chip: 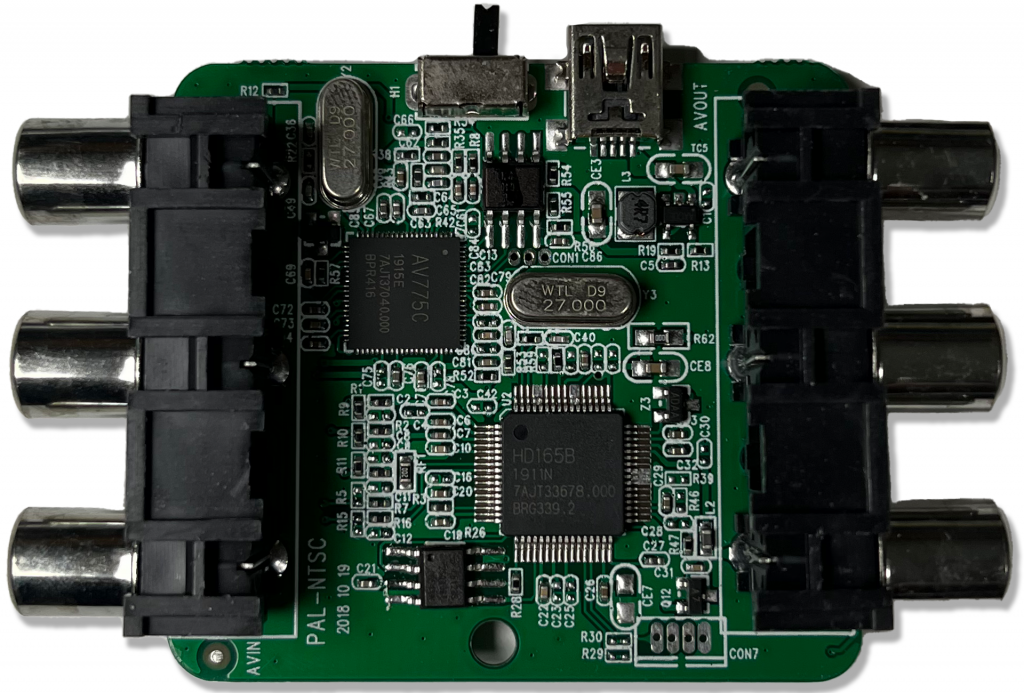 This is the one Louis bought that had more than five frames of lag.  The chip on this one was labeled “SC1979”. 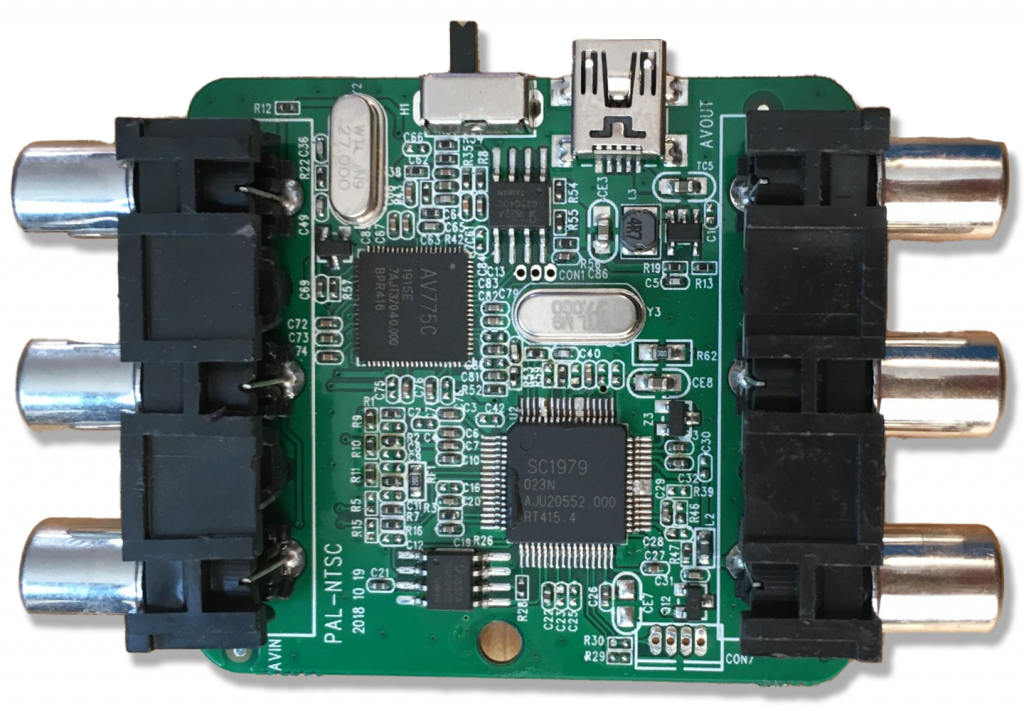 I’d love more information on this!  Is it the same chip, with different firmwares?  A different chip?  Do the lag test results follow the chip, or something else??  If you have the ability to test with a Time Sleuth and an HDMI-to-Component converter (just plug composite into the green port), please help track this issue down!

Also, here’s the full livestream if you’re interested.  We tested quite a few things, so if you’re into ADHD nerding, this stream’s for you 🙂