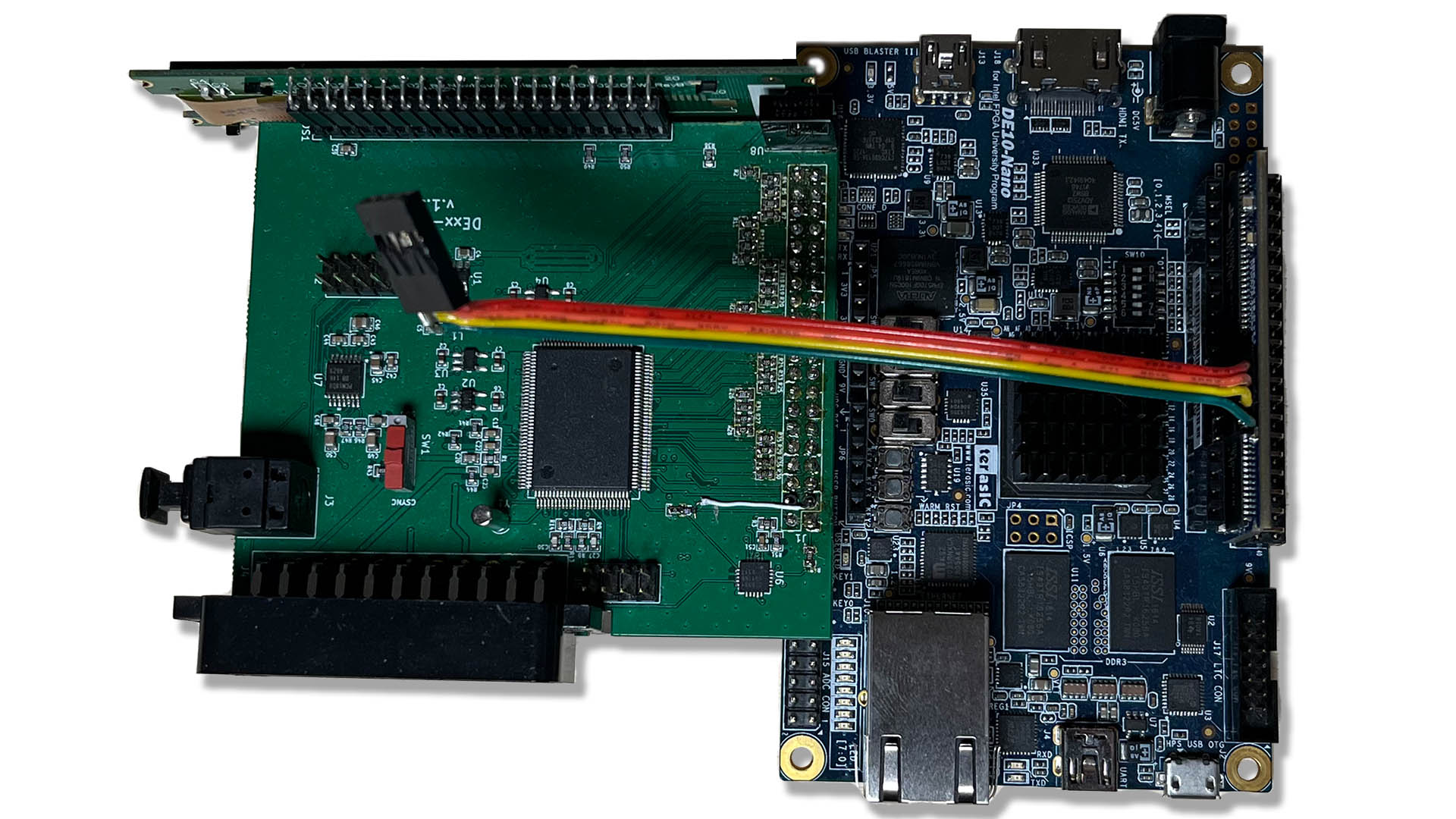 Markus recently released firmware v0.61 for the OSSC Dexx board that offers a few new features.  The first is the ability for DE-10 users to choose which side the dexx is mounted to.  That means if you’d like to alternate between using your DE-10 as a MiSTer and a dexx, you can leave everything connected and just swap MicroSD cards!  Markus also added 240p120, 480p120 and 540p video modes, which I’ll explain below.  To start, here’s how to update (or install) your dexx:

Here’s an example of the original dexx position.  Note that it’s connected to GPIO 0, which is normally where the MiSTer RAM module would be located.  Also note the audio cable’s position, with four empty pins below it and the bottom-most pin (the green wire on my cable) being connected to the top-farthest pin on the dexx’ audio header (click for full-sized pic): 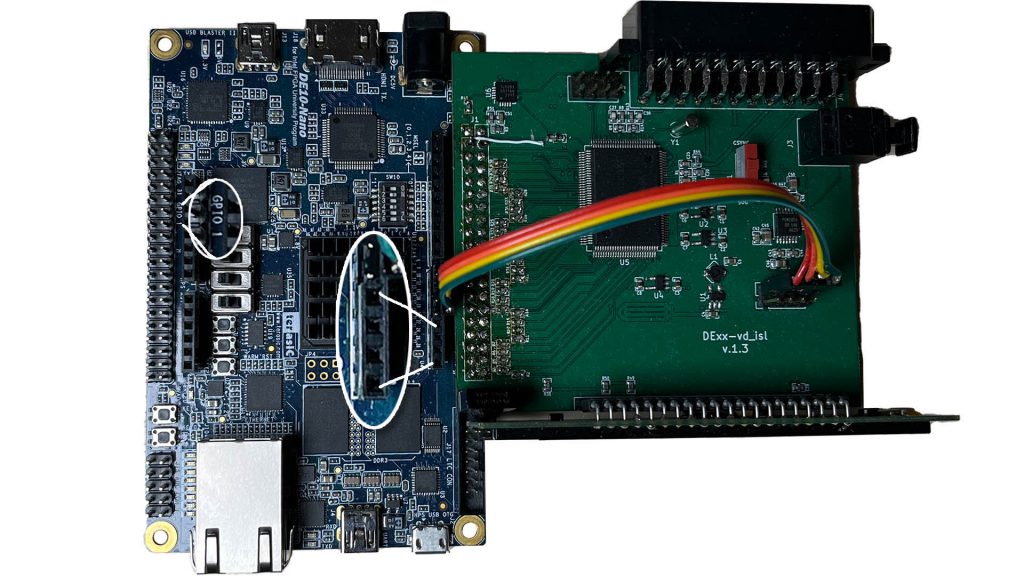 Now here’s the dexx in it’s newly-available position of GPIO 1, with the MiSTer RAM module (not needed for dexx) in the GPIO 0 position (you can also reference the network jack for which side is which).  Please note that the audio cable is still plugged into the original location on the DE-10, which means you’ll need a longer cable to reach the dexx: 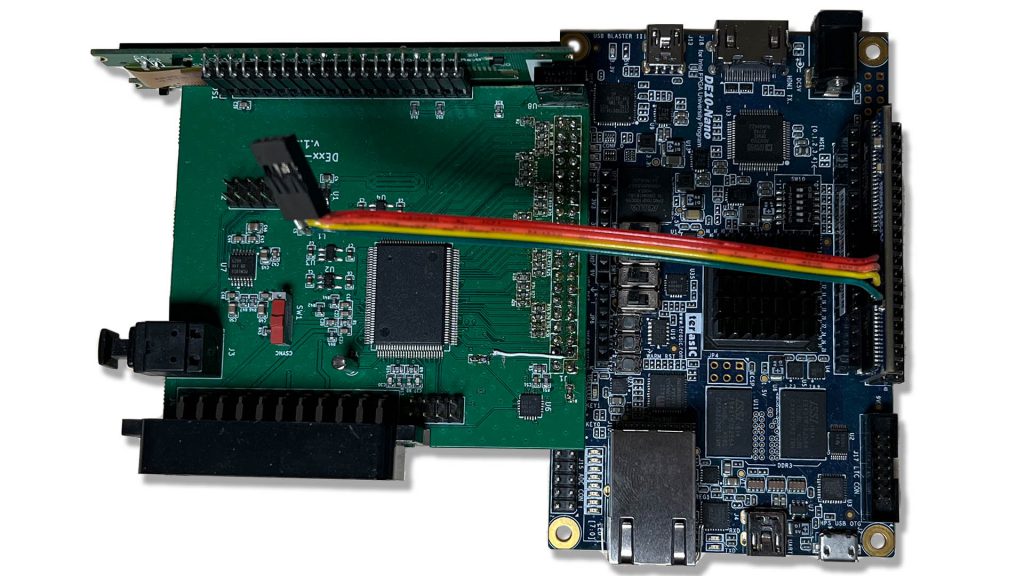 While the “switched position” might be the most notable change in this firmware for most people, Markus also added some resolution options to the scaler output.  At the moment, I’d call these “expert only” and while I’ll have another livestream soon demoing the new modes, here’s the basic overview:

If you know for a fact that you’d like to test those modes, go for it!  If you’re still not sure what the advantage of each might be, I’ll have a 240p120 + BFI livestream soon and I’m working on a video that goes into great detail about HD CRT’s – Keep an eye out for those!