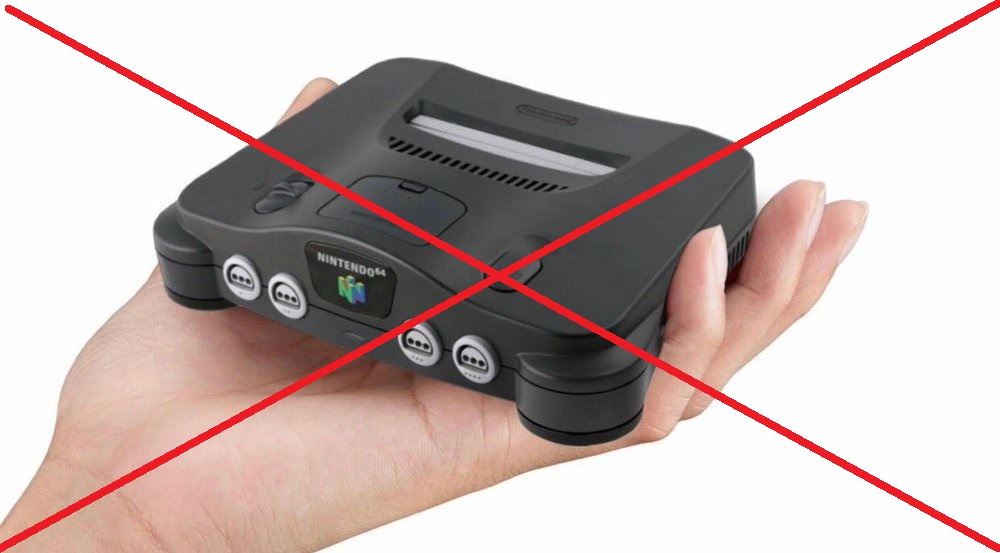 Despite the shameless clickbait of many YouTubers spreading rumors just trying to steal views,  Nintendo has confirmed that there are no plans for an N64 Mini.  Nintendo NA president Reggie Fils-Amie stated the reasons as:

“We were clear when we did the first two Classic series that, for us, these were limited time opportunities that were a way for us as a business to bridge from the conclusion of Wii U as a hardware system to the launch of Nintendo Switch. That was the very strategic reason we launched the NES Classic system.“

“So while consumers may have been anticipating something, we view these as limited time opportunities. We’ve also now been very clear that as the consumer looks forward to engaging with our classic content that is going to happen more and more with the subscription service.“

So, maybe expect something on the Switch, but not a standalone console?  Are we actually going to get more Virtual Console games on the Switch…and will they even be worth buying?  I guess only time will tell…