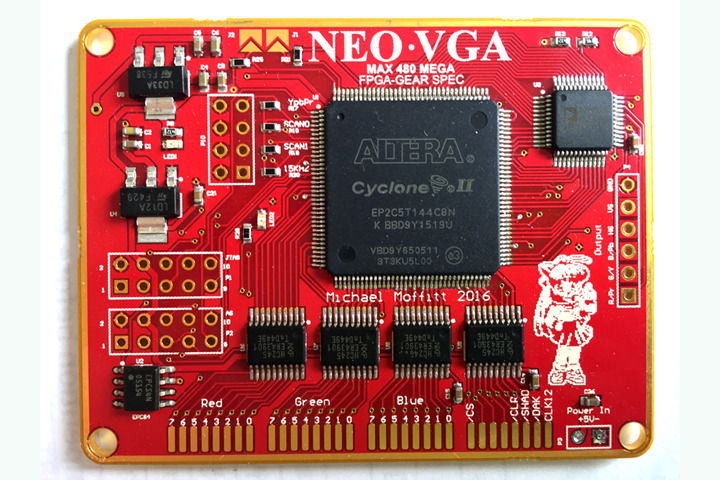 Mike originally wrote this project when he was a student learning VHDL for a class.  The project targeted an Altera Cyclone II EP2CT144C6N FPGA, but should work on anything with enough block RAM.  While Mike says there’s room for improvement, the current features are as follows:

Between this and the open source Neo Geo HDMI mod, hopefully we’ll see some new kits available for purchase!

I've put up the source to the last rev of NeoVGA as I do not have interest in doing anything with it further:https://t.co/GXZGdyfCfl
It's beginner's VHDL so it's going to be a bit crap, but it does its job.