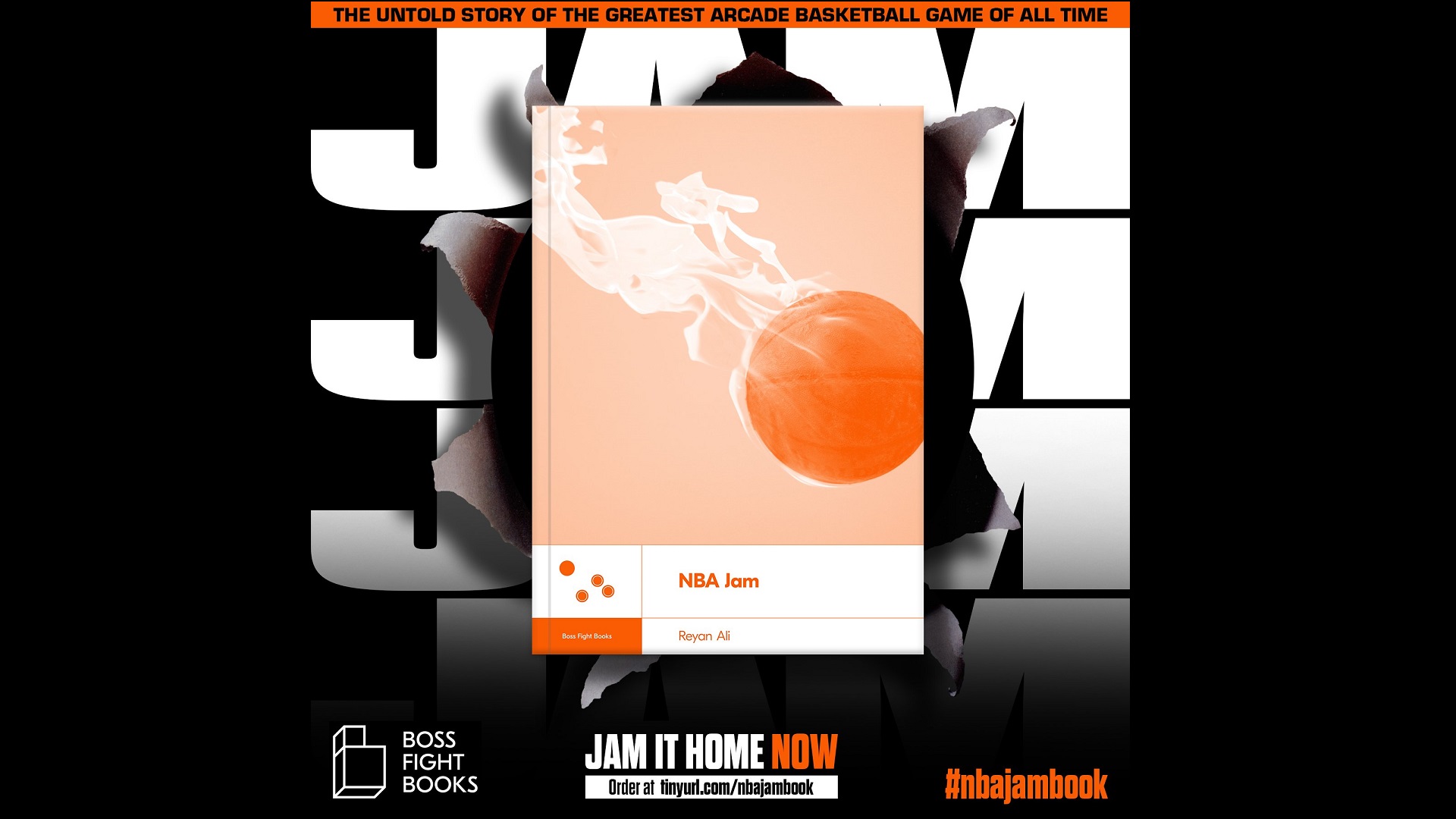 I doubt there was a gamer alive in the 90’s that never played NBA Jam, at least once, either in the arcade or on home consoles.  I distinctly remember it as being the perfect blend of an arcade game and a sports game, drawing fans from both genre’s.  Add to an already good game some hidden characters, awesome voice work…and the ability to play with a basketball that’s “on fire” after scoring three times in a row and it seemed like a perfect hit.  As did most of it’s sequels.  Not so much all the ports though…

A book was just released that tells the story of this game, as well as both the rise and fall of developer Midway:

This book has been on my list since I first heard about it and while I haven’t gotten to read it yet, I sure hope it lives up to the hype!