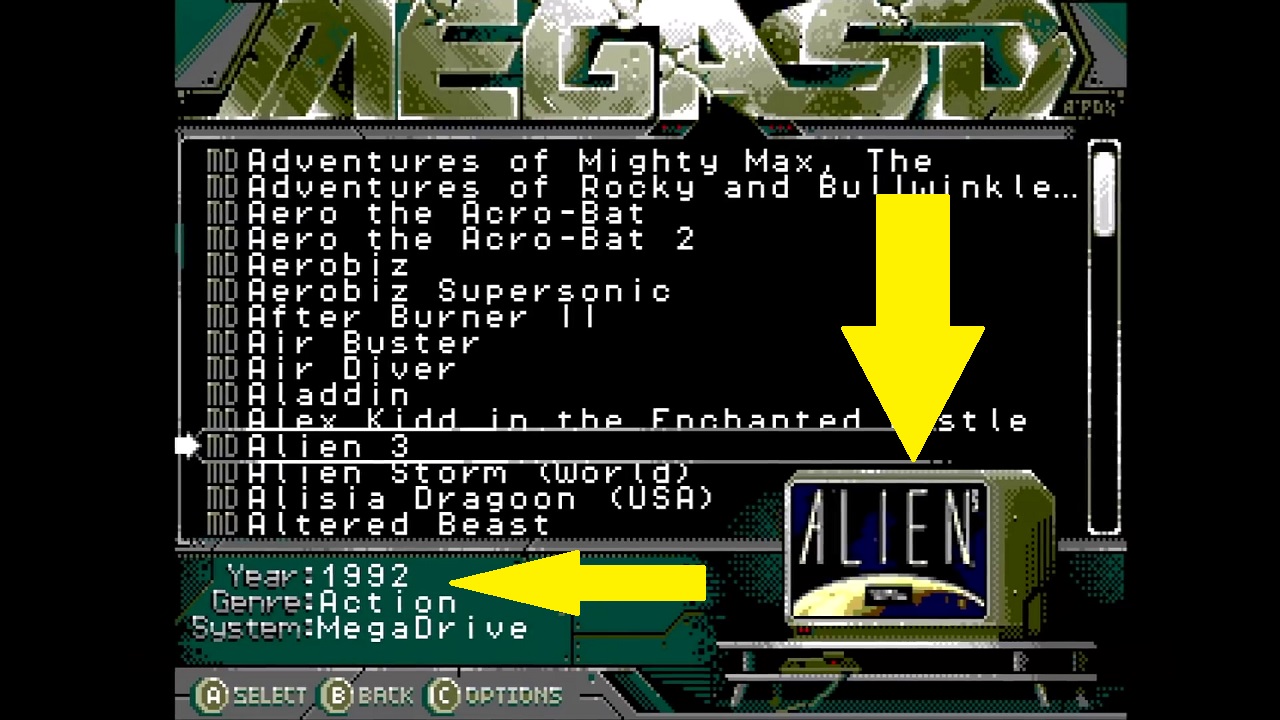 Terraonion has just open-sourced the “CartDBManager” that allows you to show box art and game information in the game select menu:  https://github.com/Terraonion-dev/GameDBManagerMD

UPDATE:  Looks like Terraonion released the software for the SSDS3 as well:  https://github.com/Terraonion-dev/GameDBManagerPCE

Adding games to the library seems to be about the same as most other methods I’ve seen for other devices:

This can be a giant pain in the ass, so the next time you download a pre-configured pack, please stop and take a moment to reflect upon all the work that went into creating those packs.  Also, while adding game art isn’t necessary, my personal opinion is that it ads a really nice feel to the menu…as long as it’s not slow to load!

This tool is used to create screenshots for MegaSD menu and fill in year/genre details.

Stay tuned to our github as we are going to open source more code soon! pic.twitter.com/2AJ9hQqqJx

This tool is used to create screenshots for the #SSDS3 menu and fill in year/genre details.

Like and RT for more open source code to be shared at out Github! pic.twitter.com/c6b1LWtMfX