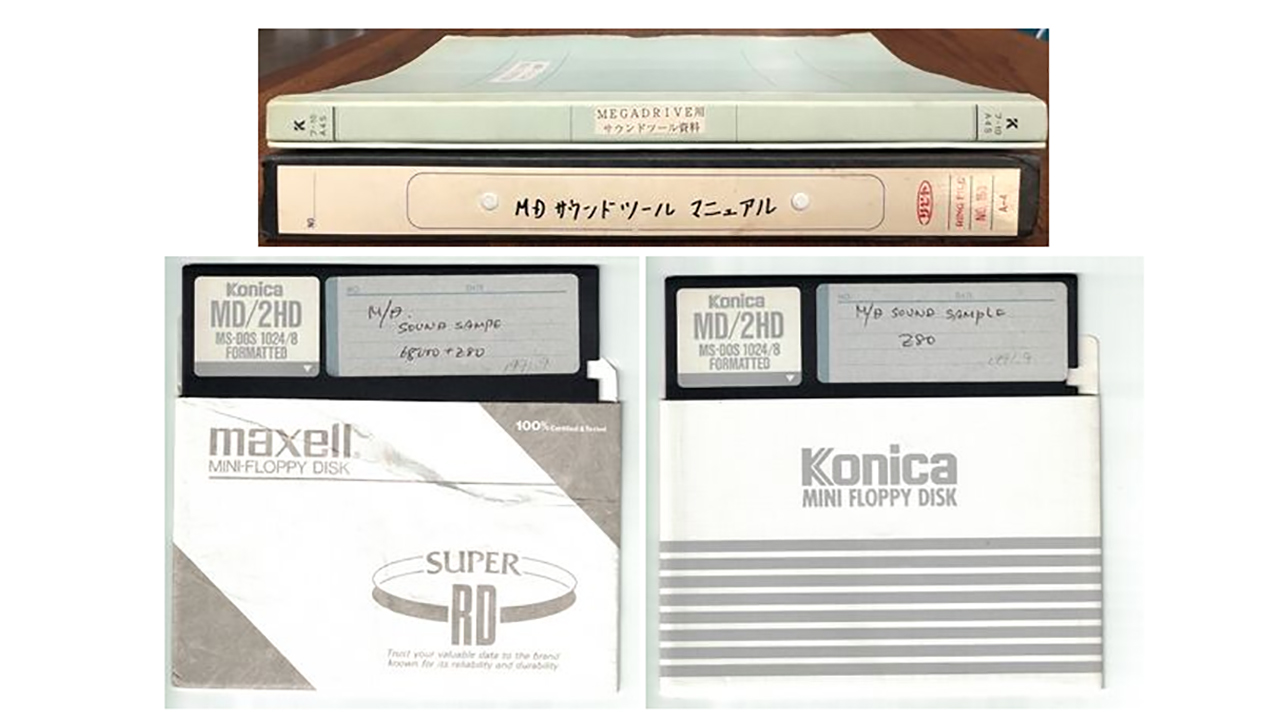 The documents found include two binders full of sound driver, YM2612, and PSG documentation including two 5.25 inch floppy disks containing source code, sample files, documentation, and tools for both Tokuhiko Uwabo’s Z80 sound driver and Hiroshi Kubota’s 68000+Z80 sound driver. Both the binders as well as the floppies seem to have been authored around January/February 1991, around the time Sonic the Hedgehog was in active development.

While there’s been some excellent progress in reverse-engineering the YM2612, it’s always great to be able to look at the same tools and documents the original dev’s were working off of.  I’m not sure if these documents can be used to improve the already excellent YM2612 FPGA implementations, but either way it’s a very cool piece of history that’s not preserved.