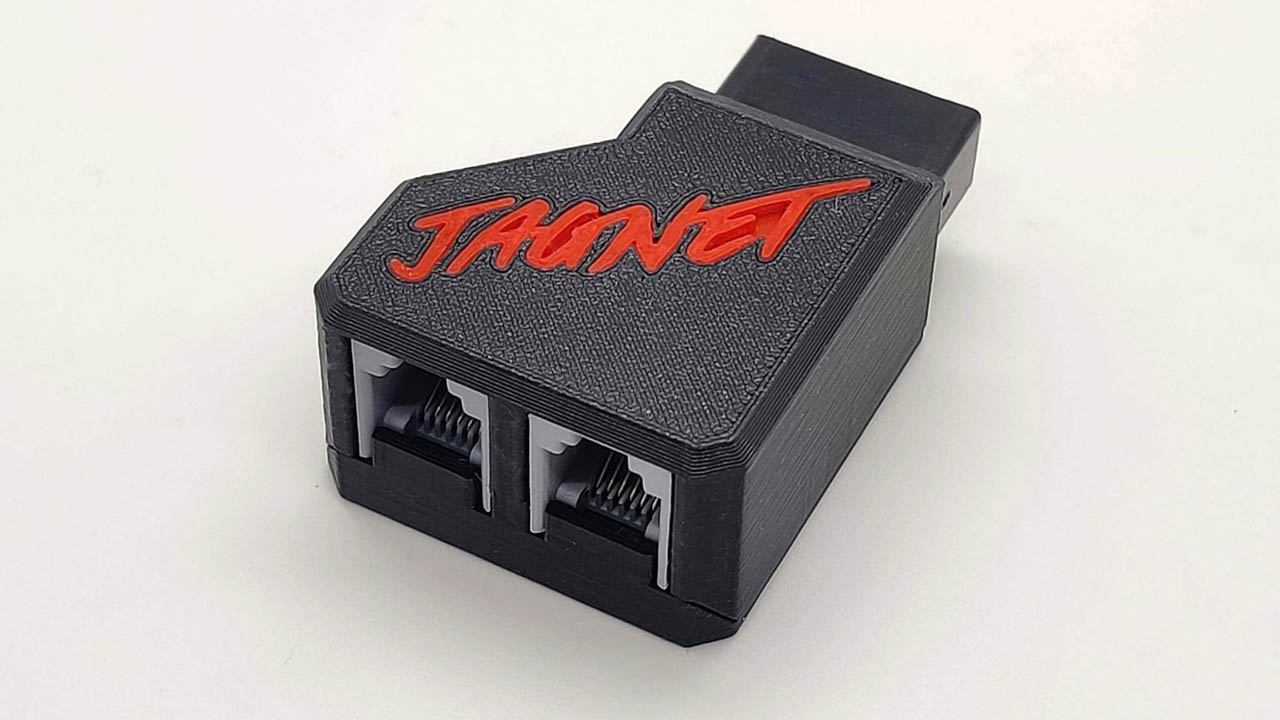 Have you ever been playing BattleSphere on your Atari Jaguar and thought:  “You know what would make this experience even better?  Fifteen more Jaguar consoles all playing it together!”  Well, you’re in luck, because Humble Bazooka is selling a homebrew version of the JagLink adapter, they’re calling the JagNet.  Compatibility should be identical to the original adapter, allowing all three games to connect to another Jaguar’s network adapter via an old-school *telephone cable:

There’s also an another homebrew adapter available from AtariAge, they call the JagLink II.  They’re fully compatible with each other, as well as the original and the multi-use adapter called the “Catbox”.  Respectfully, these seem like something only the most diehard Jaguar fan would own, as it’s only compatible with three games:

To make matters worse, Doom’s net code is extremely buggy, causing stuttering and level reset when in use.  If you’re a fan of the Jaguar homebrew scene, we can only hope upcoming games would add JagLink support as it really is a neat feature.  And while this post is a bit silly, I mean no disrespect – I’ll absolutely be buying one, just to support the scene and in hopes something cool will happen in the future that can utilize it.  For more information on the adapter and the wiring information, please check out the link above.

*Dear children:  Telephones used to require being plugged in.  Not just while they’re charging, but all the time.  Yeah, we thought it sucked too, so we invented cell phones.  You’re welcome.