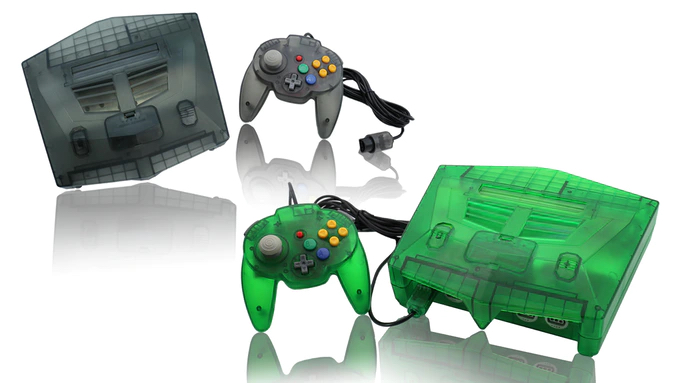 I have a deep and abiding affection for the retro gaming community, and I try my best to reflect that affection in the stories I cover for RetroRGB. This usually means that I write about things that I believe will have a positive impact on the scene, but the flip side is that I also feel a responsibility to express my concerns about things that could have a negative impact too.

Late last month, a company operating under the name Intec Gaming launched a Kickstarter campaign for an HDMI-modded N64 that they’re calling “The Warrior 64”. The Warrior 64’s pledge tiers give backers the option to pre-order controllers, mod-kits, or even a pre-modded N64 with some extra controllers. The Warrior 64 is meant to improve on Nintendo’s original design by including:

Which sounds great on paper! For what it’s worth, the UltraHDMI outputs the best signal you can pull from Nintendo’s original hardware and it currently has no competitor in the marketplace, so another N64 HDMI mod should be a good thing… right? Well, the problem is that the Warrior 64 isn’t exactly what Intec is hoping that you’re going to think it is.

First things first: The Warrior 64 is not a Digital-to-Digital HDMI mod. Instead of pulling a purely digital A/V signal from chips on the N64’s motherboard—like the UltraHDMI does—the Warrior 64 takes analog signals and converts those to digital 720p before sending them out over HDMI. Again, this doesn’t necessarily sound terrible on paper; Analog-to-Digital converters like the RetroTink or the OSSC are lag free and look terrific on modern displays. So what is the problem?

After the Warrior 64 campaign was shared on social media, folks at HDRetrovision pointed out a tweet that seemed to imply that Intec Gaming was really just another brand from the folks at Level Hike. If that name sounds familiar, it’s probably because you’ve heard Bob talk about their cables during a retro-scaler shootout earlier this year. To hear Bob’s thoughts, skip to 7:31 in this video:

In case you didn’t watch the video, allow me to summarize: the Level Hike retro gaming scaler introduced roughly five frames of display lag and didn’t deliver accurate picture quality. If Level Hike is responsible for this gaming ADC, and Intec is just Level Hike by another name, it’s not unreasonable to assume that the Analog-to-Digital conversion hardware inside the Warrior 64 could be just as problematic. Frankly, there is no indication that this isn’t the case.

There are some other red flags I want to cover as well. In no particular order:

If there’s one thing I want all readers to take away from this article, it is that it is that Kickstarter campaigns should not be treated like pre-orders. Campaigns can evaporate after being fully funded, or you can have a “Mighty No9” situation where the project is so mismanaged that the final product simply wasn’t worth the backing price. While I want to give Intec the benefit of the doubt here, I have some fairly serious concerns about their approach to the Warrior 64 and I would encourage anyone interested in it to exercise a healthy amount of skepticism before backing it. Hopefully RetroRGB or MVG receive review units before the campaign ends, because I personally believe that there are some questions here that backers deserve to know the answers to.