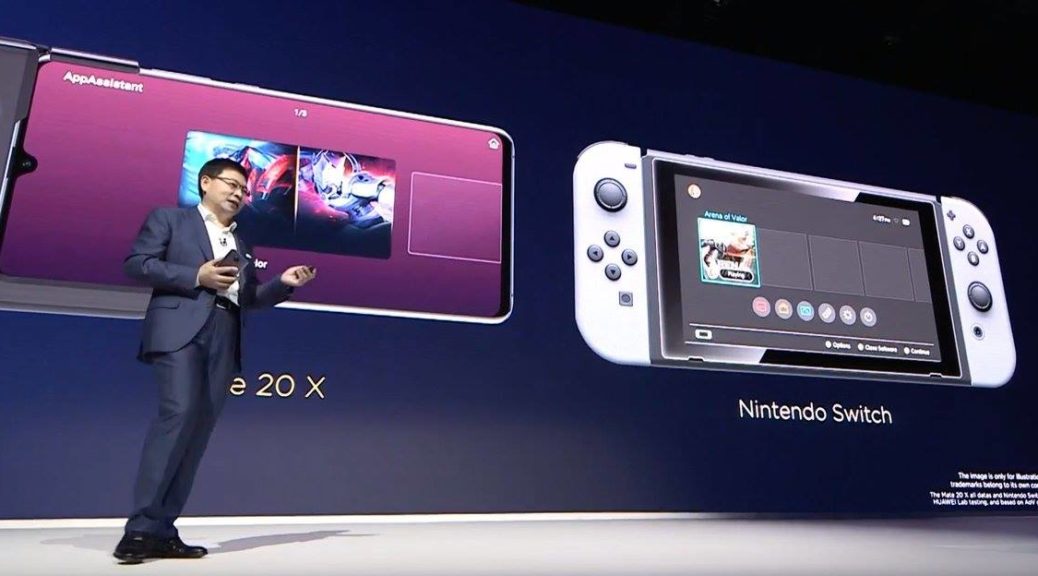 It’s the late 80s, Sega is trying to dethrone Nintendo off the top of the gaming world with an aggressive marketing campaign mostly aiming at demeaning the latter’s inferior hardware.

Almost 30 years have passed and Nintendo’s still being picked at, this time, by Chinese telecom giant Huawei. Wait, what? Why?

All the specs mentioned above are superior to those of the Nintendo Switch, and Huawei made sure to point that out during the announcement of the “Mate 20 X”. They showed both devices, side by side, on the giant screen, and the announcer just went on and on about how their upcoming device can easily take on the Switch.

A small attachment that has both a D-pad and a thumb-stick will clip on the left side on the device (when held horizontally).

One tiny aspect they didn’t really touch on during their conference: the games library!

Oh and did I mention that it will retail at ~1000$? Without the clip-on controller.

Throw those Switches out of the window, “Mate 20 X” is coming soon.

(369)
Nintendo Switch - Neon Blue and Neon Red Joy-Con 1,000 V-bucks (in-game Fortnite currency which you could use to purchase a Battle Pass or other in-game items) Double Helix Set, consisting of a unique Character Outfit, Back Bling, Glider and Pickaxe
(as of February 6, 2023 - More infoProduct prices and availability are accurate as of the date/time indicated and are subject to change. Any price and availability information displayed on [relevant Amazon Site(s), as applicable] at the time of purchase will apply to the purchase of this product.)