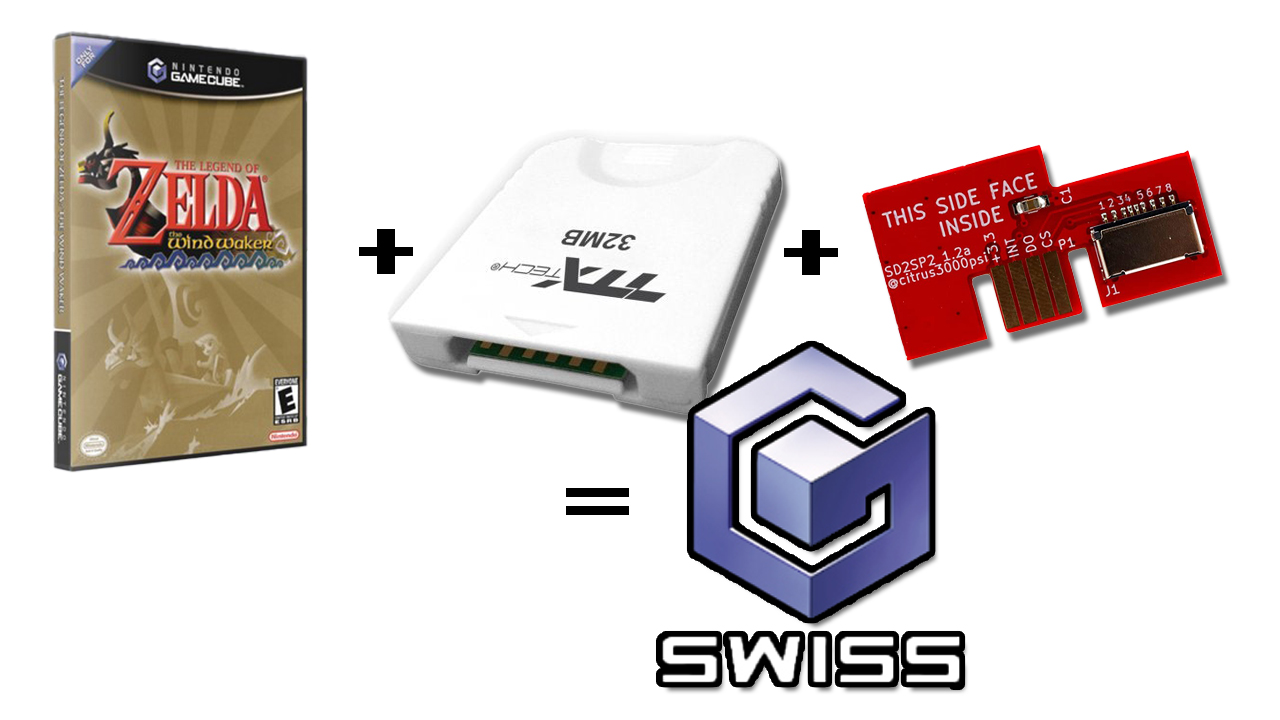 Castlemania Games is now selling a Gamecube memory card that also doubles as an exploit device.  A SD reader is still required to boot homebrew, however the combination of this memory card, the reader and an original copy of Windwaker, Twilight Princess, or Paper Mario will allow you to launch Swiss on a completely unmodified Gamecube.  And while yes, an Action Replay can do the same thing, the NTSC version is out of print and the PAL version is almost completely out of stock permanently as well, leaving game exploits as the only choice for many people.  Prices start at $15 and an explanation of how this works is below:

What makes this memory card special, is it contains a software exploit found in three retail NTSC or PAL games:  The Legend of Zelda: The Wind Waker, Zelda: Twilight Princess and Paper Mario: The Thousand-Year Door.  For the Zelda’s, just hit Start on the title screen and in Paper Mario, start from save file 4, labeled “DOL Loader”.  This exploit will then automatically boot your Gamecube to boot a version of Swiss that’s embedded in the memory card.

From there, you’ll need some kind of SD card reader to load anything else;  The SD2SP2 is recommended for people with GameCube’s that include the bottom serial port, but using a memory card SD reader will also work. Any software loaded on the SD media will have access to Swiss’ full functionality, including homebrew like Game Boy Interface and the 240p Test Suite.  I also recommend putting the latest version of Swiss.dol on the root of the SD card and renaming it boot.dol – The memory card will auto-detect this file and boot into the newer version, which is an excellent way to “future proof” this setup.

While it’s a bit more complicated than other methods, if you already own the compatible games, this is a cheap and easy way to access Swiss.  Unfortunately, if you don’t own them, all three are getting pretty expensive.

…and if you’re somehow unfamiliar, Swiss is the “Swiss Army Knife” of tools for the Gamecube and in my opinion, something every GC fan should try out.  It allows you to tweak settings and configure games, as well as launch homebrew from multiple options, access virtual memory cards…really, far too many features to list here.  Basically, if you’re a GameCube enthusiast, you need to read up on this awesome software.

So, while this is a bit of a niche product, it absolutely has its place:  Anyone with Windwaker and the desire to run homebrew should pick it up.  Plus, an extra memory card is also nice 🙂