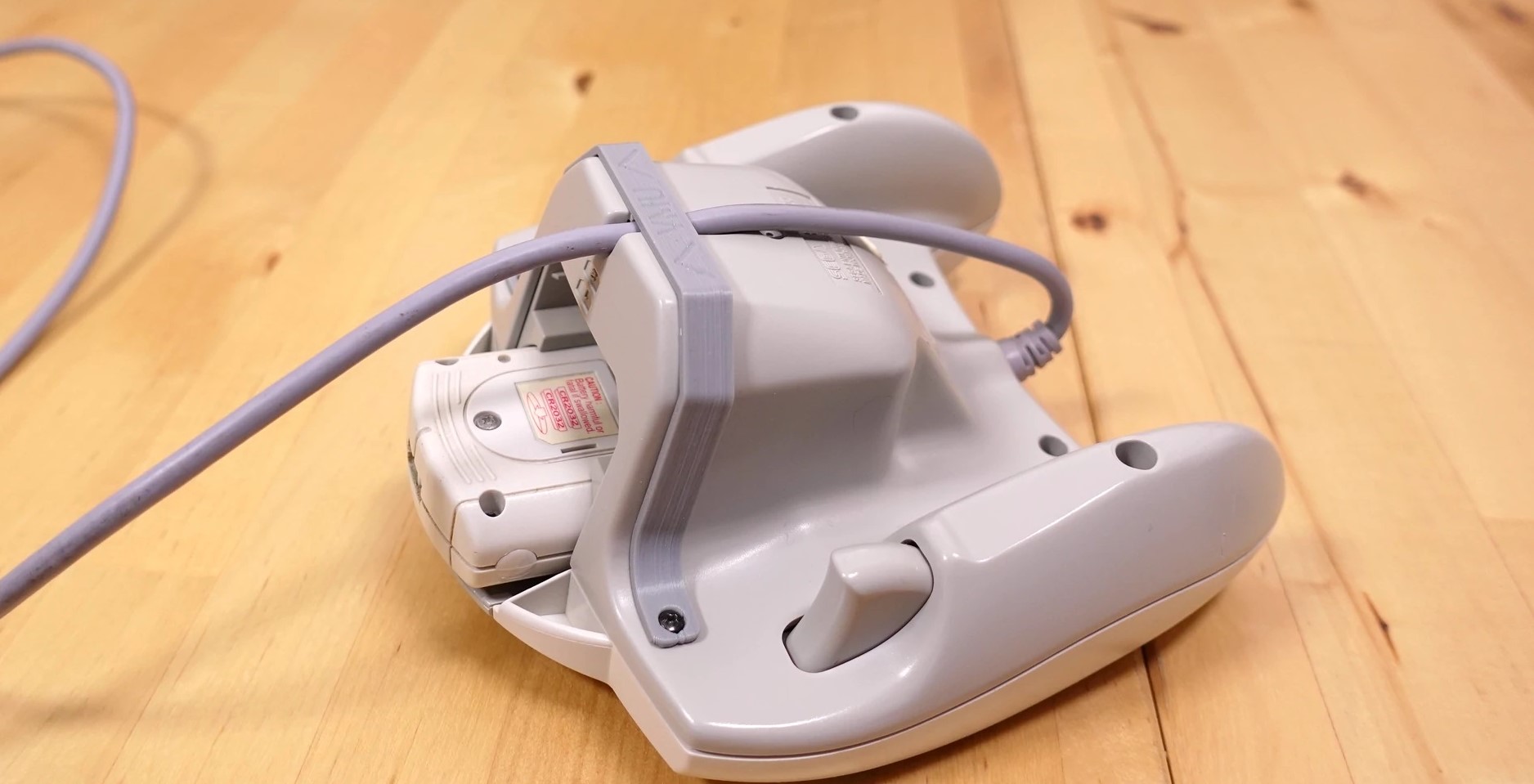 Since its release, the Dreamcast controller has been notoriously criticized for some of its odd design choice. Whether it was for the dotted plastic texture of the analog stick, the d-pad edges or the overall ergonomics, a lot of Sega enthusiasts thought the Dreamcast controller was a design misstep. But the biggest gripe has always been that the cable comes out of the bottom of the controller.

The cable can be clipped into a small groove at the back of the controller changing its direction from bottom to top. However, the tiny clip does not hold the cable firmly. This is where Retro Frog‘s new plastic clip comes into play. Designed to be screwed into the two top screws on the back of the DC controller, Retro Frog‘s clip holds the cable securely, leaving no room for wiggle. 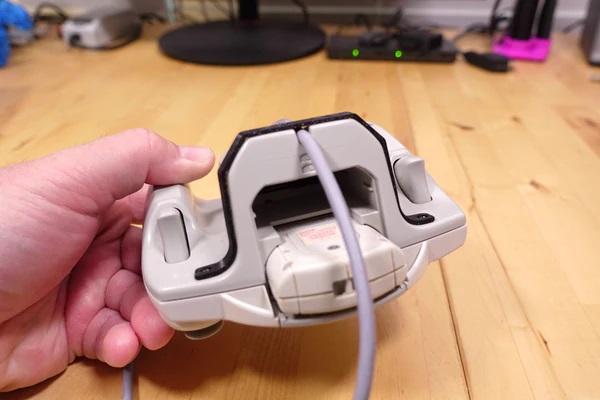 I had a hard time using Sega’s built in clip in the past, especially when both the VMU and the Jump Pack (aka Vibration Pack and Puru Puru pack) were inserted at the same time. The back side of the Jump Pack would slowly push the cable away from the clip causing it to come off loose after just a couple of minutes of game time. I’m eager to try Retro Frog‘s solution as I’m almost certain it will fix that issue.

Also, Todd from Retro Frog uploaded the design file of the Dreamcast controller cable clip on Printables. So if you own a 3D printer, you can download the .stl file and print your own clip.