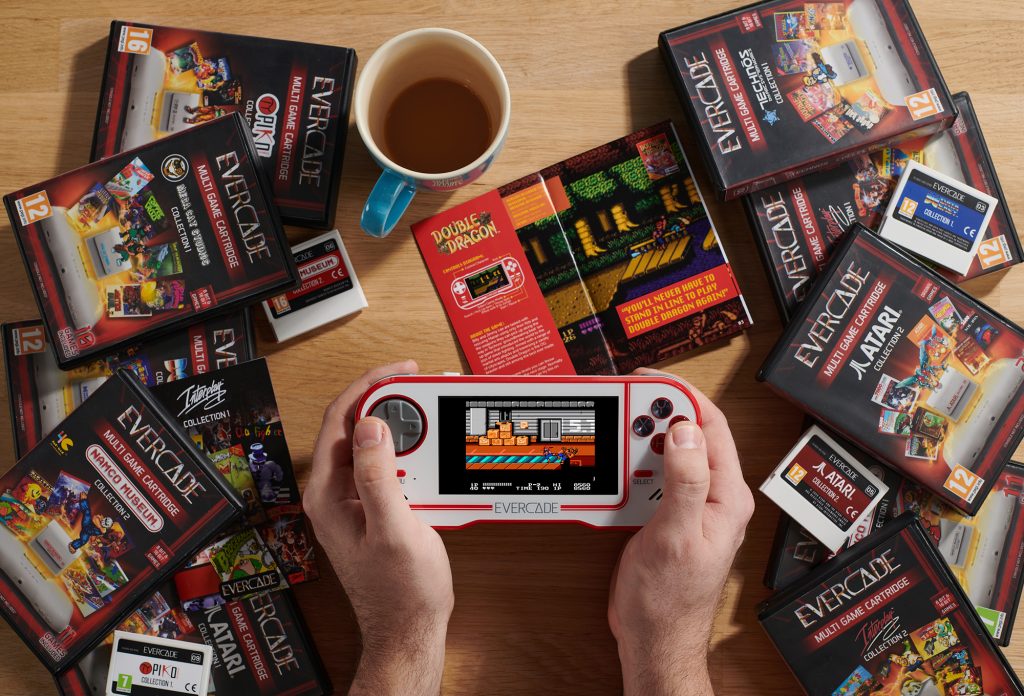 John Linneman from Digital Foundry, an arm of Eurogamer that focuses on exploring the technical and aesthetic aspects of both contemporary and retro games, has published a surprisingly positive review of the Evercade.

The Evercade is an ARM-based handheld emulation console with a twist: instead of being sold as a self contained unit packed with ROMs, collections of games are being released on cartridges that also contain the emulators used to play them. In a way it feels very similar to the more modular approach Nintendo took with the Virtual Console—bundling games with emulators that have been tweaked for those particular titles—but delivered physically rather than as downloadable content. The Evercade platform also has HDMI output so that games can be displayed on a TV.

When I first saw the concept for the Evercade I was concerned that it would be something akin to those atrocious AtGames portable Genesis emulation products, which thankfully doesn’t seem to be the case. Digital Foundry is an outlet known for its rigorous standards and it would appear that the Evercade comes through their process relatively unscathed. The experience doesn’t appear to be flawless per se, but it does seem to be at least on par with the better Mini style consoles that have gained popularity since Nintendo released the NES Classic in 2016. As an added bonus, Evercade is including what look like high-quality “feelies” in the form of full colour manuals with each one of the carts—an uncommon and appreciated touch.

It’s hard to know where the Evercade will go from here but a notable aspect of their approach is that they’re not just planning on re-packaging older games. Developer Mega Cat Studios will have a collection of games available at launch and modern throwbacks like Xeno Crisis and Tanglewood are scheduled for release later in 2020. More carts will apparently be revealed in mid-May.

Just like virtually every other product launch right now, the Evercade’s release schedule has been affected by the ongoing COVID-19 outbreak. Initially scheduled for a simultaneous international release on May 22nd, the Evercade will be delivered somewhere between late May and early June depending on how your region is coping with the current situation.