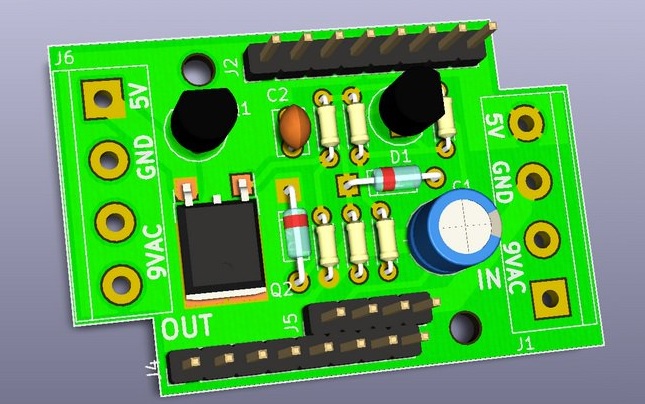 Creator Petter Hans has just released an updated version of his Commodore 64 overvoltage protection circuit, called the C64 saver.  According to the developer:

The C64 Saver 2 is an open-source project intended to make overvoltage protection available and easy to make for anyone interested in using the old Commodore power brick together with the C64. The power brick is 20-30 years old and it is known for failure with overvoltage. This is caused sometimes because of broken solder joints on the regulator or the regulator itself failing.

Version 2 is now easier to make, modular and handles hotswapping and spike protection better.  The design is available for free on Github:  https://github.com/bwack/C64-Saver-bwack

I redesigned the C64 Saver 2. Smaller enclosure. Hopefully getting help coding the attiny85 using avr-gcc or arduino ide. It will communicate with OLED, INA219, and ACS712 with I2C+ ADC. If you like to join in coding let me know. I'm waiting for boards. https://t.co/BlXLZRLqEz pic.twitter.com/V7inSH3OuE