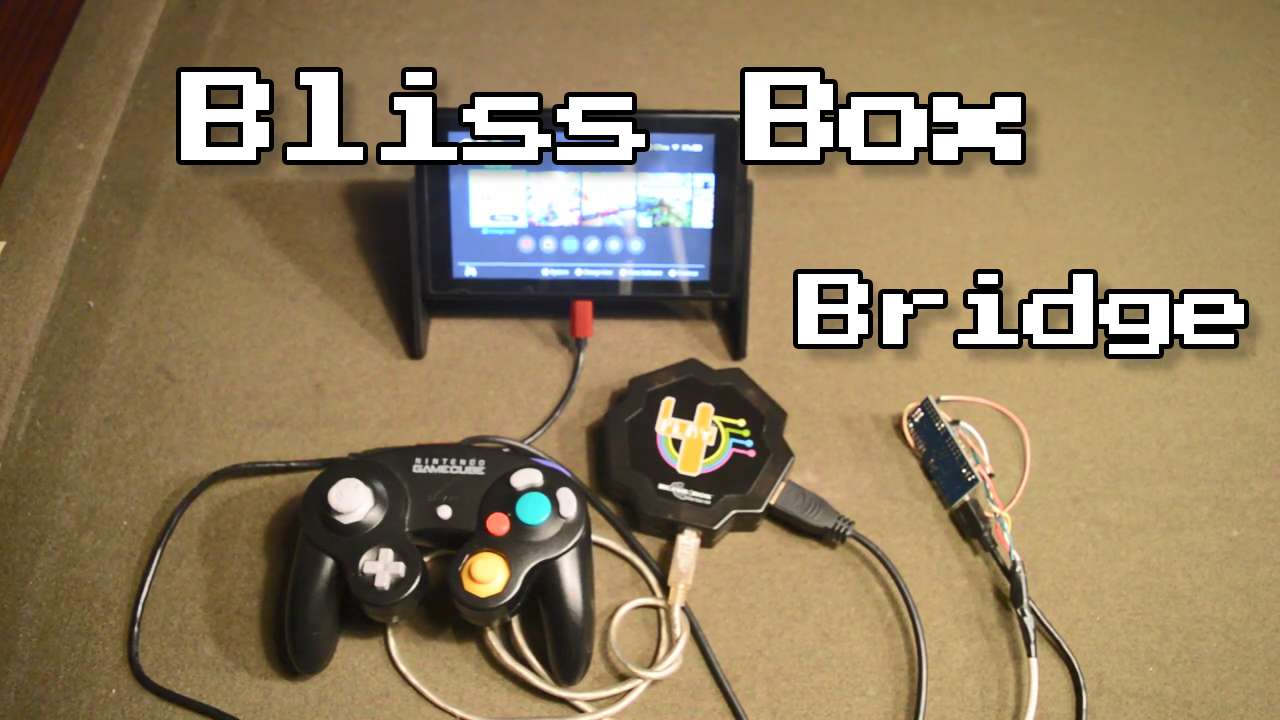 The Bliss-Box team have just shown a video of their new “bridge” hardware addon – A device that sits between the Bliss-Box itself and more modern consoles, such as the Switch shown in the video.  Total lag is expected to be at around 5ms, which (in my opinion) should be completely unnoticeable in modern consoles.  No pricing, compatibility or release date has been announced, other than it will be available in 2019.

The Bliss-Box adapter is a device that, through adapters, allows you to use almost every controller from every classic console on most USB devices.