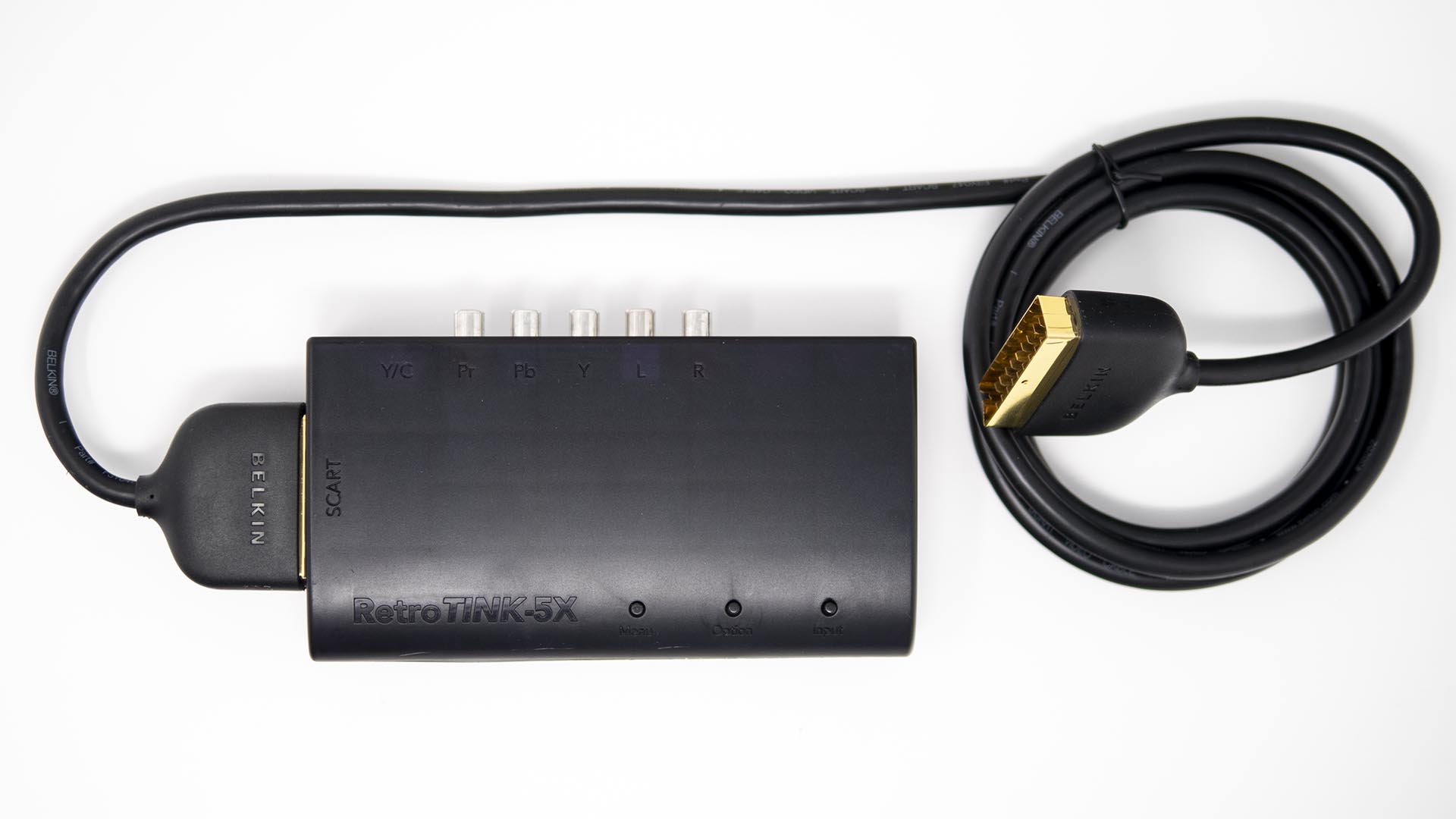 I recently saw a SCART cable made by the company Belkin, that had a round cable coming out of the center of each connector, as apposed to the standard angled connector you’ll normally find on SCART cables.  I wanted to give it a try for use with the RT5x, as well as other devices were you’d want to angle the cable in a different direction.  Overall, it wasn’t nearly as good as the cables I normally recommend, but not the worst cable I’ve ever used.  Check out the full review after the link:

To test the cable, I used a few “real world” scenario tests, that are often used to catch poorly made cables.  I wanted to get the exact same test equipment for all testing, so I decided to use a fully-shielded, sync-on-composite video cable for a Super Nintendo, as well as an OSSC, with optimal timings and phase set.  I used a cheap receptacle-to-receptacle adapter to connect the SNES cable to the OSSC and decided to use the plug-to-plug SCART Coupler recently released for the retro gaming community as a comparison, since that was put through stringent testing in its review and performed really well.  As a note, the cheap connector may skew the results a but, but it’ll do it equally on both, so it’s the most fair comparison I could come up with: 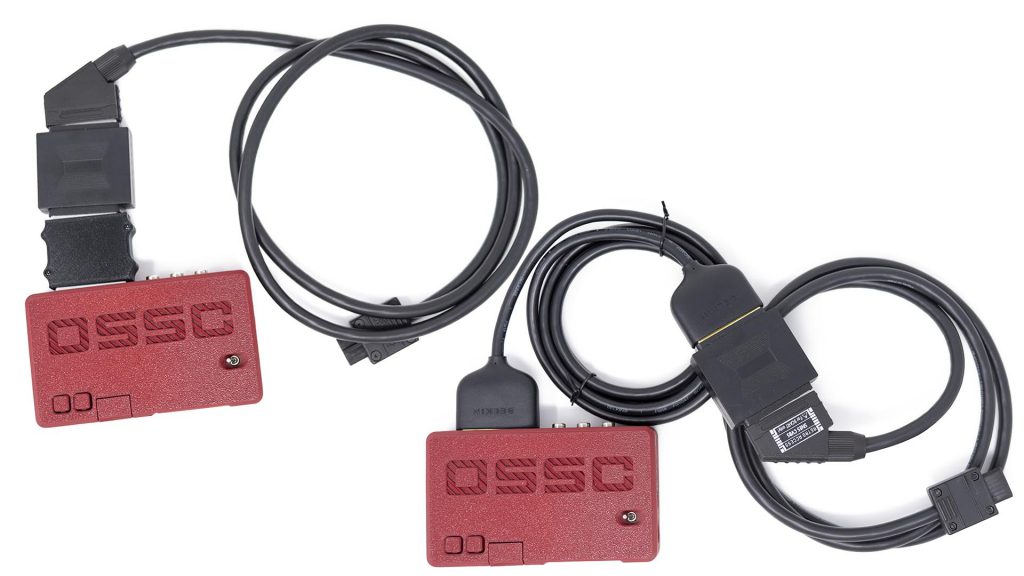 The first test I wanted to perform is to see if the cable was shielded enough to prevent interference leaking over from the Composite Video sync line.  I found the beginning of Super Mario World is always a great test for this, as it’s very colorful with a large blue background that’s easy to spot interference.  While the Belkin cable did show some interference, the SCART coupler did as well, so some of that may have been caused by the cheap receptacle-to-receptacle adapter (click all pics for full-sized): 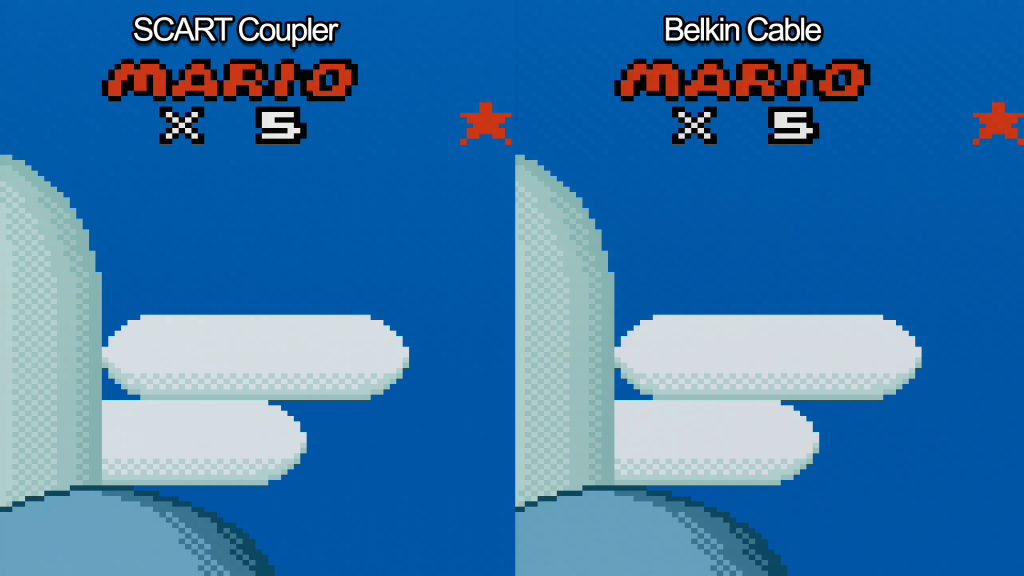 I also tested the color bars and you can definitely see a difference in red.  It’s not even close to the worst I’ve ever seen, but it’s significantly more than the SCART coupler, even with the other device in the chain;  This proves the Belkin cable isn’t fully shielded:

The next thing I wanted to test was audio – Is this cable shielded enough to prevent audio hum when there’s an all-white screen?  I used the Konami title screen for this exact reason.  The difference wasn’t huge, but there is a difference in the noise.  Listen for yourself at the 22-second mark in this video*:

Should you buy it?

Overall, this cable is for someone who really cares about the aesthetics of their cable setup.  They should also be someone who’s not an audiophile, that owns a SCART switch like the gscartsw, which incorporates a safe way to remove all information from the sync line before sending it to your scaler.

So, in most cases, I would not recommend this cable….but there is a market for it and it’s not that expensive if you’d like to give it a try.