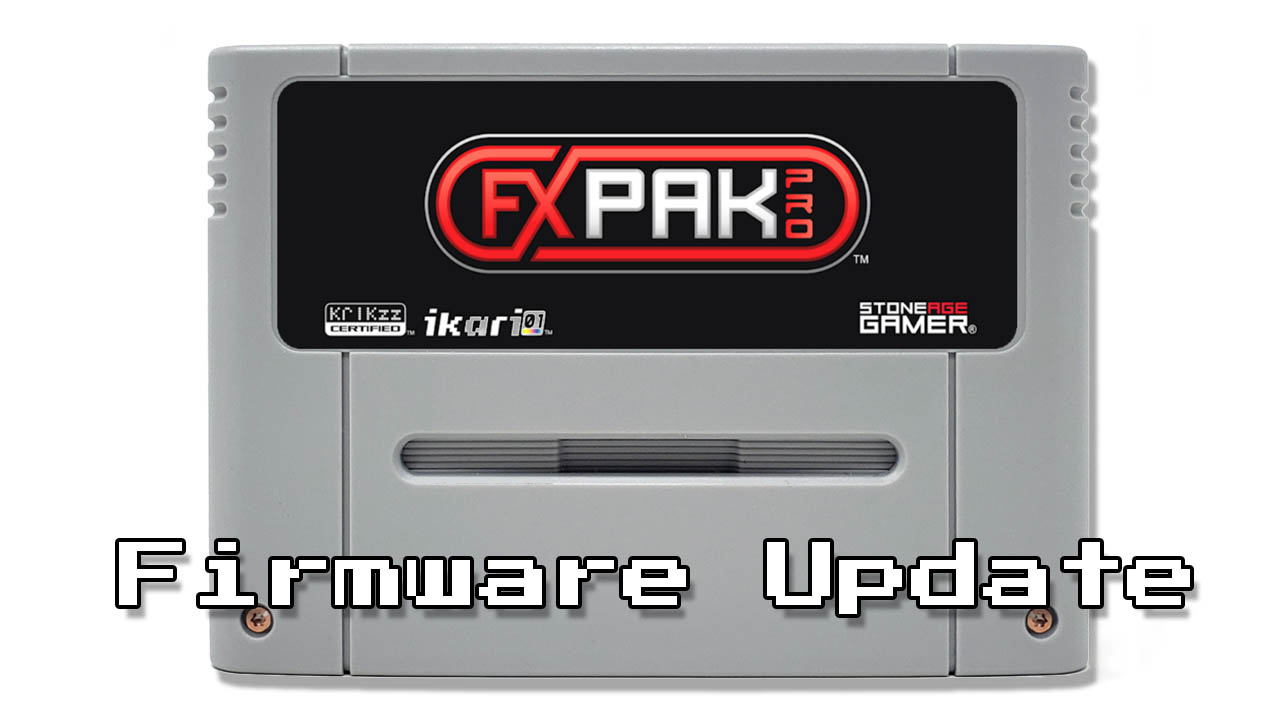 The FXPak Pro (nee, the SD2SNES Pro) has received a new hardware revision that should be shipping to customers as of the date of this article. Although functionality seems to be the identical to previous FXPak Pro revisions, Rev.D is different enough that the current beta firmwares are not compatible with it. If you’ve received your Rev.D and got a black screen during boot, Ikari has a new beta2 firmware for you to use.

In the same blog post, Ikari also announced that a stable, non-beta version of 1.11.0 for all past and present FXPaks and SD2SNESs is coming very soon. The first beta of 1.11.0 was released back in late June of 2021 and implemented a bunch of new features for all users:

Stay tuned to RetroRGB to find out when the full, stable release of v1.11.0 drops.