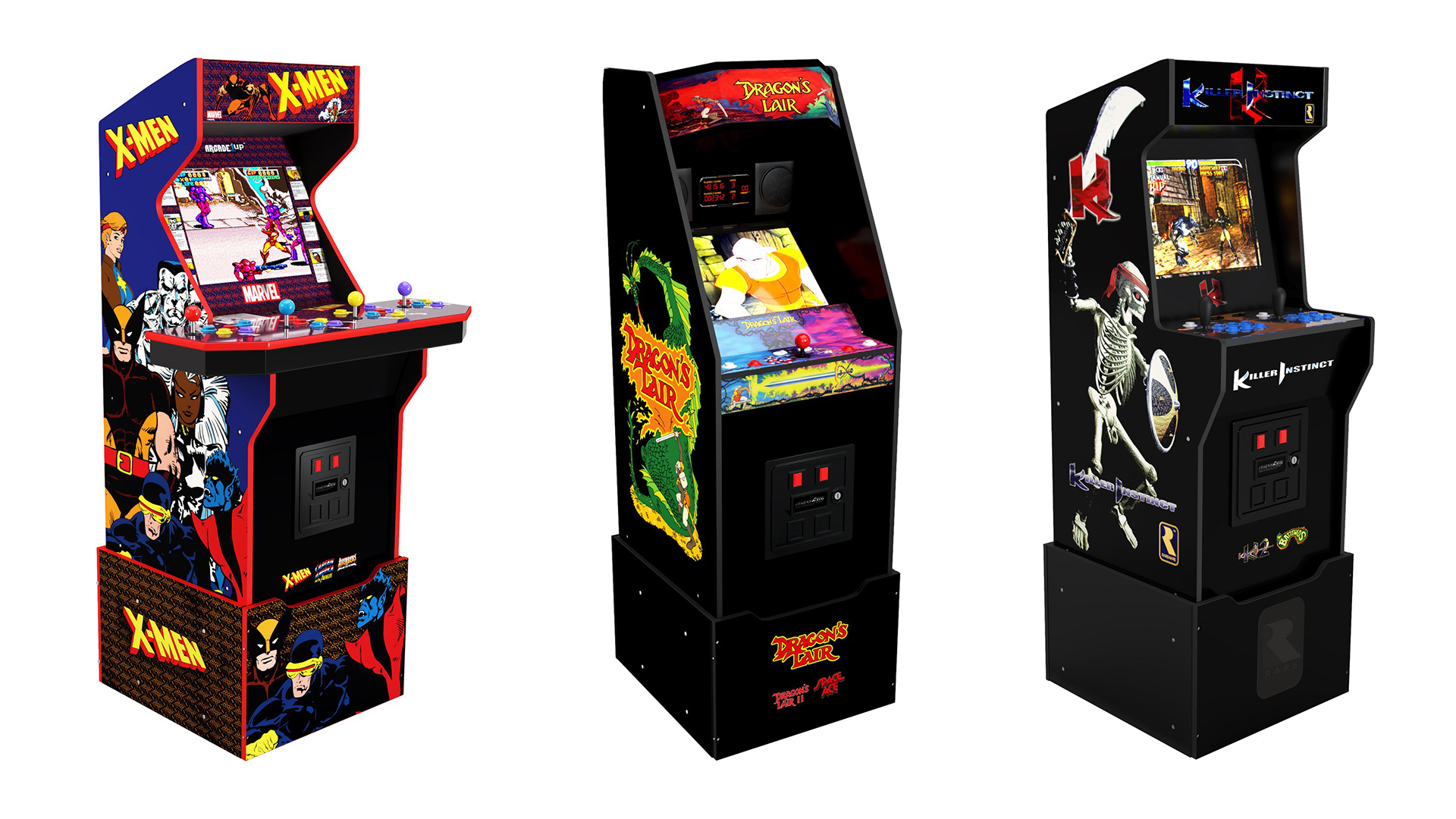 Arcade1Up has just announced their new product lineup planned for 2021.  Interestingly enough, they claim all products are all still in development and their team plans on taking feedback from the community before finalizing the designs.

First up are re-releases of existing Arcade1Up cabs that they’re calling the “legacy collection”;  Basically their best selling cabs re-released with new artwork, improvements and tweaked game lineups.  The cabinet most retro arcade enthusiast might be most interested in is the updated Tempest cabinet, which is much different from their first re-release:  It matches the unique shape of the original cab and (thankfully) includes an upgraded spinner controller.  While you could mod their first release with a spinner worth gaming on, it was disappointing that you’d need to mod a brand new cabinet at all.  They’re also releasing firmware updates for some original cabinets to add more control over settings, including the ability to disable some of the bilinear filtering on games like Pac Man.

An interesting new release is a Dragon’s Lair cabinet.  This includes game footage that’s an HD re-scan of the original, making this the highest quality official arcade release you can get of this game.  A very cool feature is the ability to add second screen support via a wireless app on your cell phone, or even with an HDMI output available on the cabinet.  Overall, Dragon’s Lair is an excellent game to use in a software-emulation-based arcade cab, as a few frames of variable input latency shouldn’t be noticeable at all.  Space Ace is another release they’ve announced and is similar in design.

They also announced Killer Instinct, which they’re claiming will include tweaked emulation.  I hope they spend some real time on this, as SNK already proved that you can release a product based on software emulation that pro gamers won’t hate.  While Arcade1Up cabinets have always featured excellent artwork and an authentic look, their performance has been more in line with a “fun toy” and not a serious gaming machine.  That’s totally fine for games that don’t require precise input timing, but fighting games with huge communities spanning almost 30 years demand more accuracy for their experiences.  Let’s hope Arcade1Up starts to take that community more seriously.  Speaking of which…

…some of these new cabinets include wifi for online multiplayer gameplay.  It’s been proven that pro gamers can hold remote tournaments with certain retro games and I hope Arcade1Up is paying attention to how to do it the right way.

And lastly, they announced a 4-player X-Men cabinet with (in my opinion) some really incredible artwork.  Beat em’ up games like that should be fine in a software emulation environment for pretty much everyone outside of anyone looking to break speedrun or score records, so this should also be a good choice.  It also needs to be said that licensing the IP of a Marvell game can’t be easy and Arcade1Up should be commended for taking the time to make it happen.

Overall, Arcade1Up seems to be embracing the modding community and designing their cabs with the mindset that some people will want to change them.  The fact is, even if a product is “perfect”, some gamers just prefer one style of controls over another and it’s great they’re recognizing this.

More info on all of these cabs can be found on their website and the entire stream can be seen below:  https://arcade1up.com/