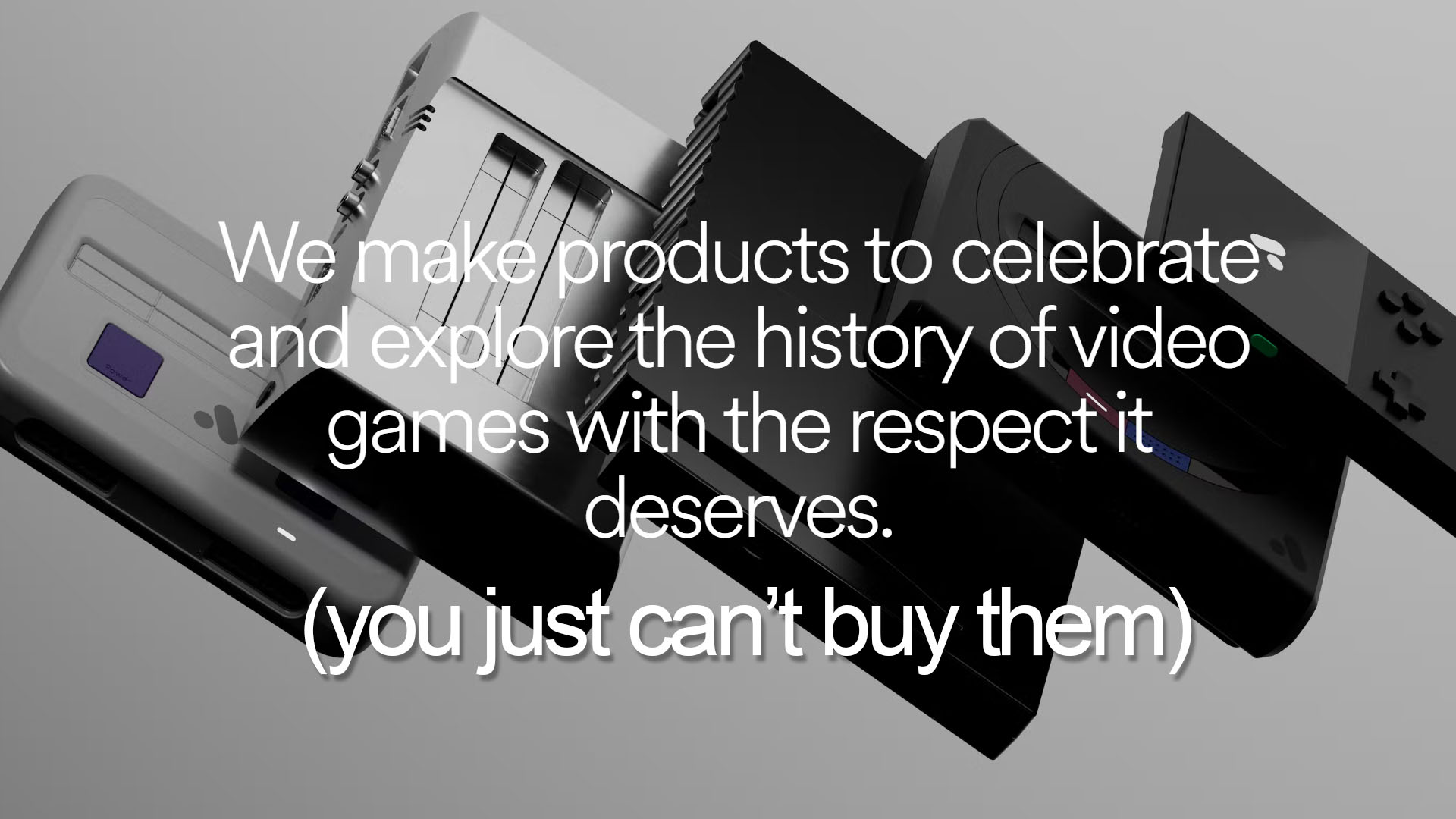 Get your FOMO hype train ready, Analogue is back with another list of product announcements!  Here’s a quick summary with details below:  95% of all Pocket preorders (B & C) will ship before the end of 2022.  Pocket Cartridge Adapters will be available for preorder for $99 on Oct 21st.  And, the big one:  They’re making one last run of Super Nt’s and Mega Sg’s, which will be available for preorder for $199 plus shipping on Oct 28th.

I have to start with some huge praise:  We’ve been in the midst of an unprecedented part shortage and inflation is at record numbers, yet Analogue has kept the price about the same.  They could have easily tacked on another hundred bucks and many of us would have thought it to be completely justified – but they didn’t.  I’ve always called the prices of the Super Nt, Mega Sg and Pocket really fair, but they get extra props for this.  Thank you.  People always assume I “hate Analogue”, but almost every post / podcast I’ve done including them has been filled with tons of praise like this.

Also, it’s awesome that through this part shortage, they made good on their promise of shipping Pocket’s and I’m also happy to see the cartridge adapters back in stock.  Although, WTF ever happened to the Duo?  Is it officially canceled?:  https://www.retrorgb.com/analogue-duo-announced.html

But – as always – I have some questions.  Why would Chris Taber feel the need to permanently end production on the Super Nt & Mega Sg?  They’re the PERFECT consoles for people who want to use their original cartridges and if you set them to skip the menu and boot directly to the cart, it’s about as good/accurate of an HDMI experience as you can expect from a Genesis or Super Nintendo.  If Analogue’s goal was to become a console manufacturer, they could have reached out to global distributors and switched to a bulk-sales model:  Minimum order of 20 for brick and mortar stores and 50 for online stores.  Then their “premium shipping” could only be applied to the initial orders and stores could probably sell them for around $250.

While it’s rude to speculate on someone else’s business*, I think Analogue’s history makes it extremely clear what they’re doing:  They’re calling it “one final run” to push the FOMO and get people to buy right away.  Then they’ll enjoy all the “I couldn’t get one” complaints as free advertising.  Then a year or two from now, they’ll “find some stock” and do another run.

Don’t believe that’s what they’re doing?  How many “last tours” have famous bands done?  Creating FOMO not only works, it generates a lot of buzz.  And I guess it doesn’t really hurt anyone – It’s not like Analogue is doubling the price as a “final run cash grab”…it’s about the same price as always (once again, THANK YOU).  The reason this annoys me so much is NOT that I feel they’re ripping people off, it’s that I’m sad people who want these have to deal with all the bullshit to get them.  If they were readily in stock, they would be my go-to recommendation for people simply looking to play their SNES or Genesis cartridges on a modern flat-panel TV.  Heck, even if Mike Chi magically made a $99 cable-only version of the RT5x (that’s not realistic, just speculating), what if you have an early Genesis with tons of jailbars?  Or an older SNES version with the terrible checkerboard issue?  Or no console at all?  Buying that cable, a console and bypass/repair work would cost more than just the Analogue console.

At the moment, they’re the perfect “easy” solution for someone who wants a quality way to play original carts:  No rom downloading, no configuration, just plug in and play.  But Analogue chooses to limit them, instead of make them widely available.  And that’s why I’m annoyed.

Also, it doesn’t take an economic genius to see that sales = income.  Wouldn’t trying to find a way to consistently sell these create more funding for future products, help with employee salaries and allow for consumer availability?  And most importantly, wouldn’t limiting availability push people towards those laggy, shitty HDMI “multi consoles”?  As I’ve consistently proven, those consoles and the terrible experience they provide often leave people thinking these games are just nostalgia and drive away potential future customers…for everyone in the scene, including Analogue.

I just don’t get it.

*I’ve been doing product development, contract manufacturing and distribution since 2006, starting with medical-grade, all-in-one computers.  While my “day job” is running RetroRGB, much of my time is still spent consulting with hardware projects in the retro gaming world.  So while it’s easy to dismiss me as “some idiot with a blog/YouTube”, my criticisms come from actual experience manufacturing and selling similar products in the same market as Analogue.  My guesses might be wrong, but they come from over fifteen years of doing exactly what they do, sometimes on larger and sometimes on smaller levels.