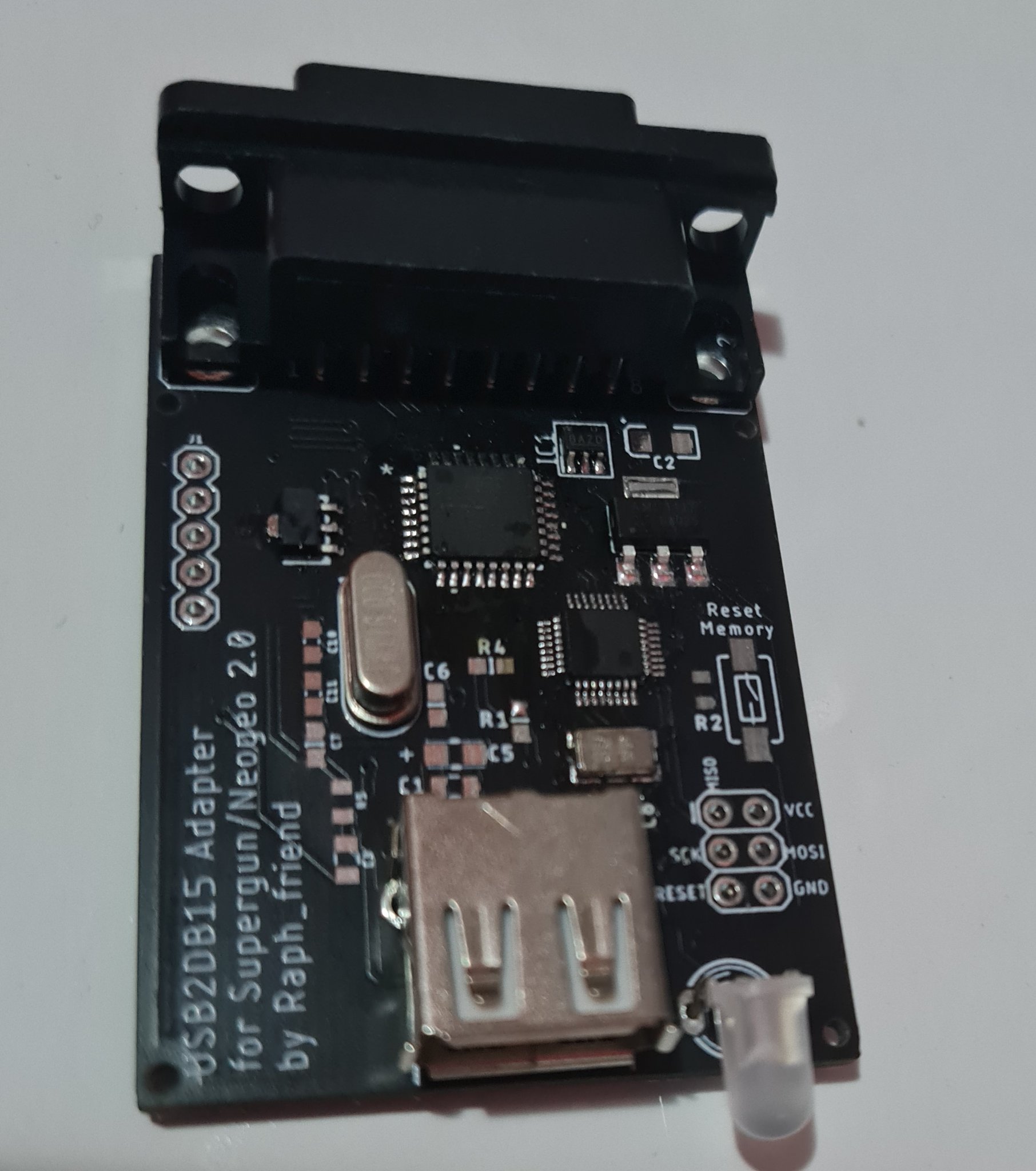 The Arduino based open-source USB2DB15 controller adapter has just received a complete overhaul with the release of revision 2.0.

The project which was first conceived, and still being maintained, by developer Raph_friend is built around a custom PCB that accommodates off-the-shelf parts including an Arduino Mini, a db-15 female connector and a USB Host shield. After piecing everything together and flashing the custom firmware, the kit turns into a fully functional USB to DB-15 controller adapter for use with Superguns and Neo-Geo consoles.

The latest revision 2.0 introduces an all-in-one design where all the necessary components are neatly installed into a single PCB, eliminating the need for any kind of assembly.

The USB2DB15 is constantly being updated both in terms of functionality and compatibility. The list of supported USB controllers is growing by the day as it now spans 3 generations of Sony controllers and newly released high-calibre arcade sticks and universal boards.

The code and the previously mentioned custom PCB are still completely open source and available for DIYers but the new all-in-one design is exclusive to supporters of the project, at the moment.

In order to acquire an all-in-one adapter, head on to the project’s Github page, scroll all the way down and click on the RF Projects Discord server link and get in direct contact with the team behind the project for batch updates and more information about their donation program.

Haptic feedback – Feel physically responsive feedback to your in-game actions with dual actuators which replace traditional rumble motors. In your hands, these dynamic vibrations can simulate the feeling of everything from environments to the recoil … read more