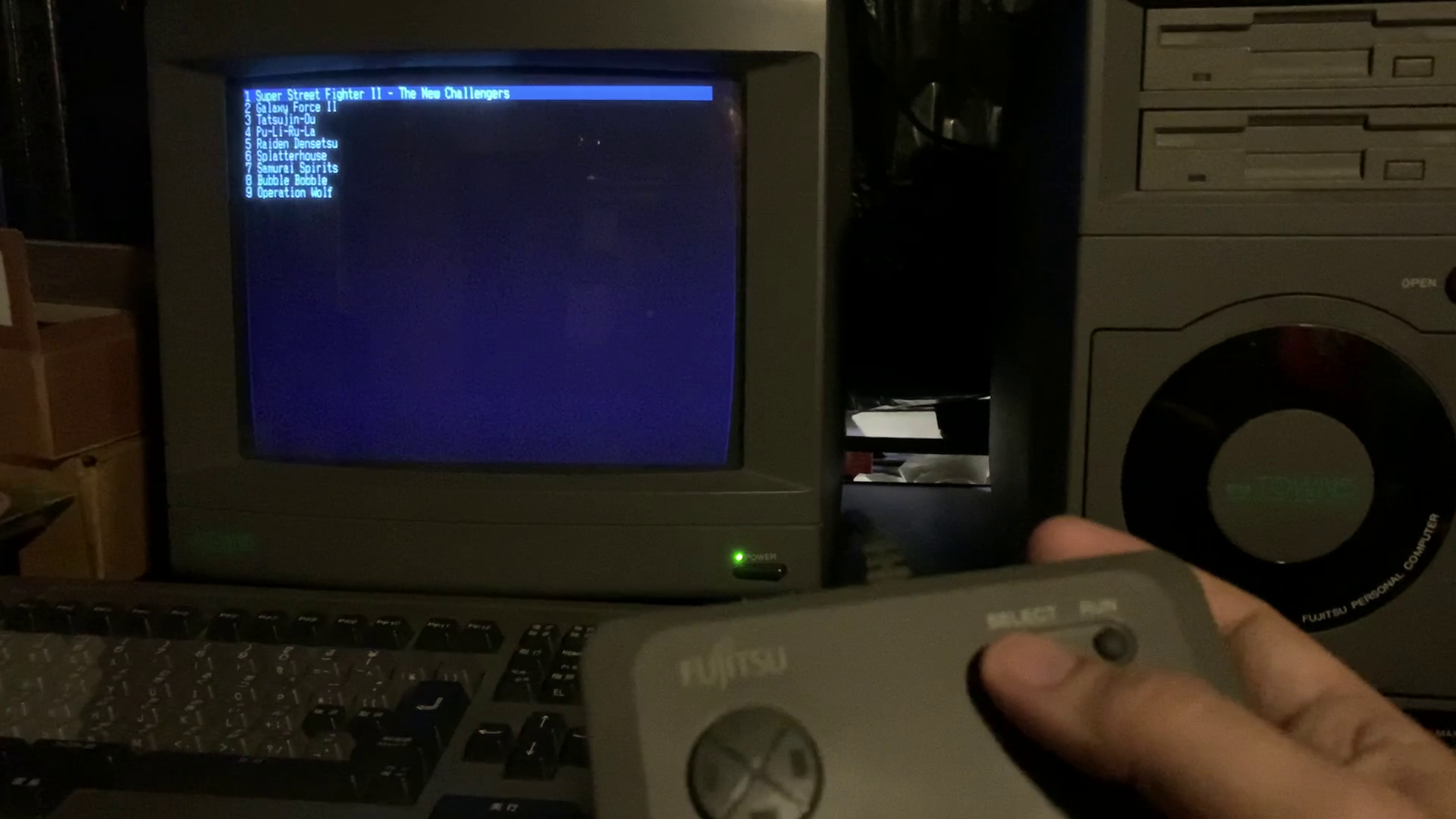 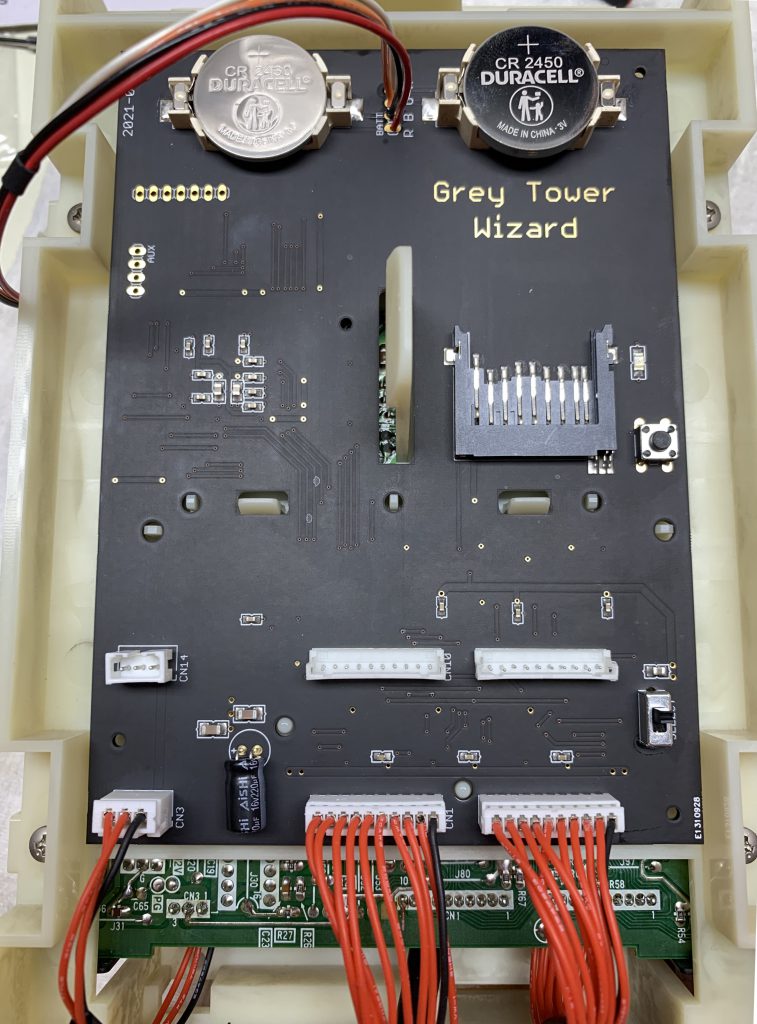 How Do You Get One?

The kit including shipping is currently priced at 150 Euro and has basically the same ordering process as the GDEmu, Rhea, Phoebe and Doc Brown.  As with everything these days, pricing is probably subject to part availability etc…  If you want one, you’ll need to watch Deunan’s blog for news of availability, then submit an order when the window is open.

*Generation 1-4 FM Towns models shipped with 386 CPUs. They can be upgraded with compatible 486 CPUs, however by default the PC will run the 486 CPU in 386 mode and you won’t see any benefit from the new processor.  Previously taking advantage of the advanced performance of a 486 CPU on these models required complex boot processes, but the Wizard detects the CPU and enables these performance modes automatically.  This allows you to do things like run Super Street Fighter II at full speed. Note: Generation 3 and 4 PCs have their 386 CPUs soldered in so using a 486 CPU requires de-soldering and socketing the CPU which is an extremely difficult process.

The install can be a bit challenging if you don’t have the right tools and skills and Deunan makes it very clear that it’s best left up to a professional modder.  If you’re curious about what makes the install challenging, I’ve posted a detailed explanation of the process on my blog: https://yesterware.blogspot.com/2021/08/fm-towns-pc-ode-grey-tower-wizard.html

As far as software compatibility, any CD-ROM software should, in theory, be compatible, provided that the image used is good and in a supported format. There are no titles that are known not to work with the Wizard.  Most compatibility issues reported thus far have more to do with the amount and type of RAM being used in the system than with the Wizard itself, and this has been consistent with my experience.

The Wizard does not support the popular BIN+CUE format for CD images because it is not a consistent standard.  See technical details for supported image formats.

If you have ripped your FM Towns games to BIN+CUE like I had, you’ll either need to re-rip them or convert them.  This tool appears to have been designed to convert PlayStation images, but it produced perfectly working CCD images for me from my BIN+CUE saving a lot of time re-ripping from physical CDs.

If you’ve used one of Deunan’s other ODEs, the Wizard will be familiar territory.  Images are arranged in numbered directories – “01”, “02”, “03” etc… The device will initially load whatever image is found in “01”.  A button press will reset the device and load the image in “02” and so on.  Just like with the other ODEs you can install a tool (called “Spellbook”) in “01” which will boot to a basic menu that lets you directly select other disc images by name.  Each time you want to add another directory or change the name of one of the titles you’ll need to run a script to re-generate the menu and SpellBook ISO.

Spellbook is a very basic menu interface which currently only supports the standard FM Towns gamepad, and only if plugged in to the left port.  Keyboards and specialty controllers such as the Capcom Power Stick Fighter or Popolon JoySNES aren’t supported, but support may be added later depending on demand and what hardware Deunan has access to.  Pressing the select button while starting up will show some basic information about the PC.  Arrow keys allow you to navigate items in the list and pressing A or B on the pad launches the game.

As with many other ODE devices the Wizard doesn’t support exFAT formatted SD cards, so you will need to forcibly format larger capacity cards as FAT32.  Microsoft charges licensing fees for exFAT that make it cost prohibitive for independent developers to legally implement.

Physical interaction with the Wizard is a little unusual as the device is installed inside the PC on the back side of the CD-ROM drive.  You’ll need to detach the left panel from the tower to have physical access.  Physical access is required to remove or install an SD card, press the image select button, or move the ODE/CD-ROM selector switch.  Once you have your card arranged the way you like it, however, you shouldn’t need physical access to the Wizard very frequently.

Deunan has said that SD card extenders can be used as long as they are well designed and not too long.  So that’s an option if you prefer to find some place to mount the slot externally.

The Wizard is a fantastic device both for FM Towns PC fans and for preservation in general.  While I don’t subscribe to the concern that all optical drives are living on borrowed time, it’s always great to have options.  Pair the ability to exist alongside the original CD-ROM drive with easy access to advanced CPU features if a 486 processor is installed and it’s hard not to recommend this to everyone with an FM Towns Grey Tower PC.