FoxyLand, the mascot platforming collect-a-thon game from steam is in the planning stages to get a Sega Genesis / Mega Drive port.  The game, which has been available on PC since 2017, has some nicely animated sprites and animation.  Though it has mixed reviews, it seems that most of them are from people that aren’t particularly fond of old school 2D platformers.

The developer of the game, Bug-Studio, released a playable demo on itch.io which can be found here:  FoxyLand Demo

The demo has 8 stages with a playable boss at the end.

In contrast, the finished game should have:

Personally, “a lot of interesting things” is WAY too big of an open statement to use as promotion for a game. The developer should really have left the statement out in place of a tangible feature.

There will be an indiegogo campaign that starts on the 20th of June.  As always, crowdfunding is a gamble, so be wary. 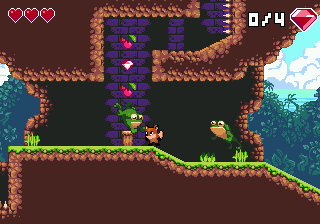 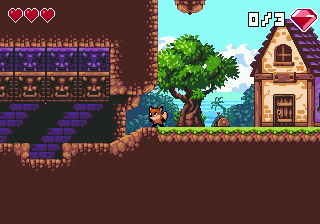 I played through a few levels and found the game enjoyable enough. It isn’t a groundbreaking platformer by any means, but the animation and use of colors are top notch. The music has an happy cartoony vibe to it. Environments are nicely detailed and remind me of Monster World IV or the upcoming Phantom Gear.

Even if the port turns out to be of average quality, new games for old consoles is a good thing.  I’ve lost count of how much genesis related news we’ve had this year.