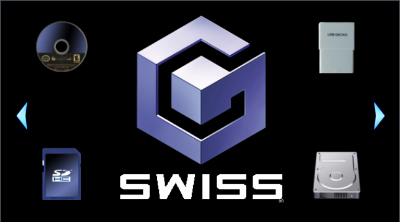 This Swiss team is continuing their work on their GameCube software and have tweaked and optimized it quite a bit.  One interesting feature in this set of updates is a new autoload feature that allows you to pre-select a game.  This is great if you know you’ll be sticking with a game for awhile, as Swiss will boot normally, but have the game queue’d up and ready to go, without having to search for it in the menu.  Then you can either launch, or just cancel and choose another game.

Another feature the team’s continued to work on is “rotational latency”, which can more accurately emulate not only the disc speed, but the time it takes the laser assembly to move to the correct place in the disc.  This will fix games like Tales of Symphonia that are programmed to expect a certain about of drive latency.  It also might come in handy for speedrunners looking to use flash media instead of discs, but want speeds accurate to original solutions.

The full list of changes since the last update are below and as always, you can get the latest revision here:  https://github.com/emukidid/swiss-gc/releases/ 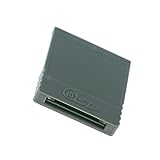 (as of February 24, 2021 – More infoProduct prices and availability are accurate as of the date/time indicated and are subject to change. Any price and availability information displayed on [relevant Amazon Site(s), as applicable] at the time of purchase will apply to the purchase of this product.)