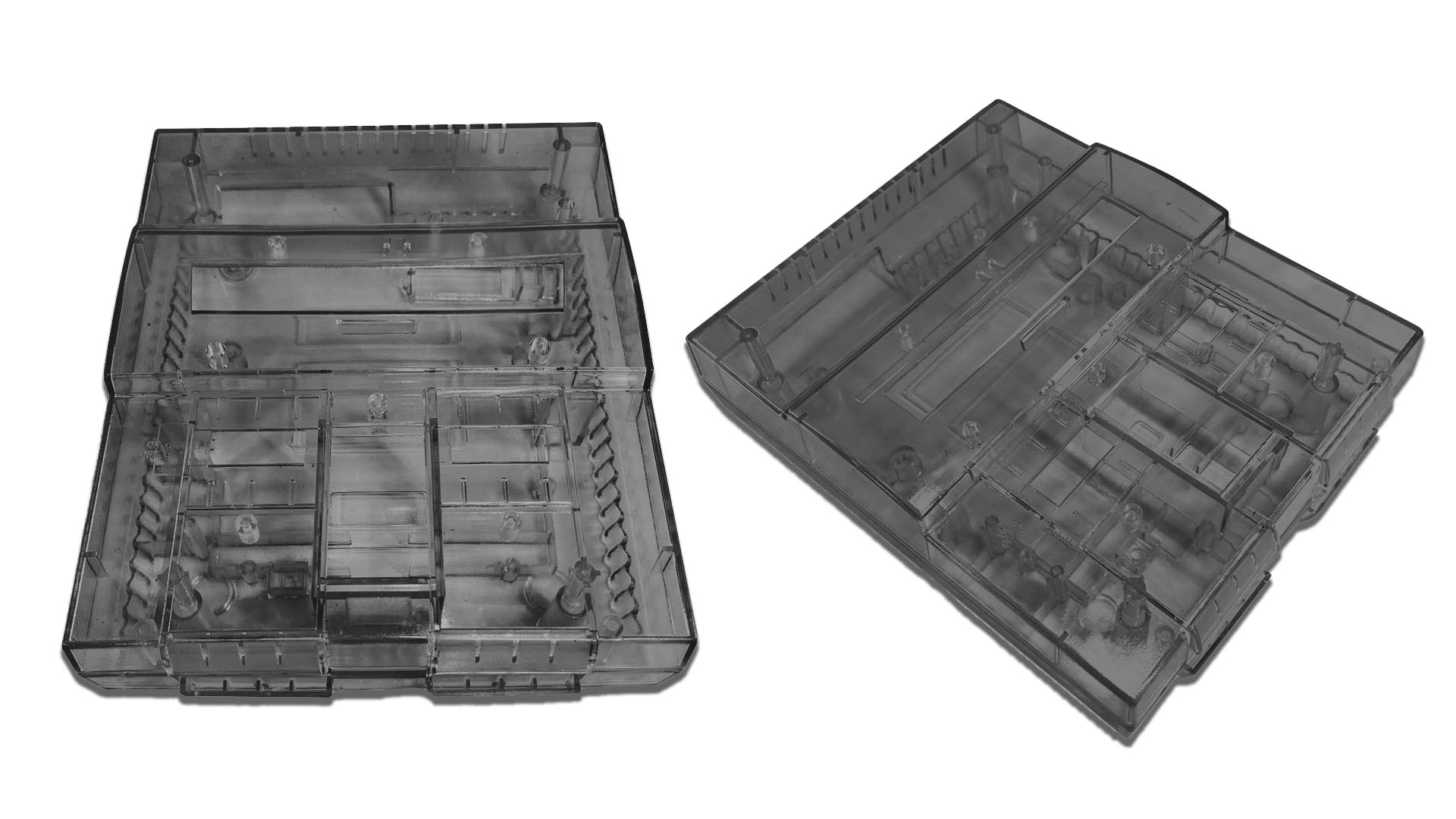 Retro Game Restore has just opened pre-orders on a smoke transparent version of their Super Nintendo shell.  This is different than the shell that is currently in production, as that was completely clear, while this one is “smoke”.  A minimum order of 500 is required and if sales don’t reach that number, a full refund will be issued to everyone who pre-ordered.  If the pre-order goes through, they’re aiming to ship around August.  The price is about $110 + shipping:

With so many SNES shells becoming yellowed and cracked, I think these replacements are truly welcome.  People can even recoup some of the cost, if their original shells are in good condition, as they can re-sell them to people who want originals to replace their cracked units.

At the moment, compatibility has been confirmed with the SNES motherboard revisions listed below.  RGR has also teased a potential Super Famicom version of the shell, but those will be considered at a future time:

Your wishes are our command – preorder for transparent smoked shells of SNES US version is LIVE! We’ll need to hit the MOQ to go production.

Make it happen with us here: https://t.co/pxeXi24aN2