Modern Vintage Gamer just posted a video talking about the newly released source code for Doom on the Super Nintendo, as well as its history.

It’s interesting that the “Reality Engine” created to run Doom on the Super FX 2 chip was much different from the official Doom source code and created by one developer, Randy Linden.  It seems Randy’s desire to get software running on less-powerful hardware has always been a part of his history, as Randy also ported Dragon’s Lair to the Amiga and then would later go on to create the Bleem PlayStation emulator.

Another pretty interesting find was that Super Scope 6 support was at least considered at some point.  It doesn’t look like it was very far along in development, but I love the thought of playing Doom with a giant bazooka slung over my shoulder!

Now that the code has been released, I’m really interested to see what the community can do with it.  Will this result in a SFX2+SA1 mod to increase the frame rate, add support for the Super Scope and an MSU-1 hack to add different soundtracks?  Probably not, but it’s fun to dream, right?

Also…can anyone confirm what’s up with SNES mouse support on the original game? 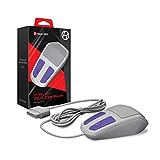 (as of January 27, 2023 – More infoProduct prices and availability are accurate as of the date/time indicated and are subject to change. Any price and availability information displayed on [relevant Amazon Site(s), as applicable] at the time of purchase will apply to the purchase of this product.)