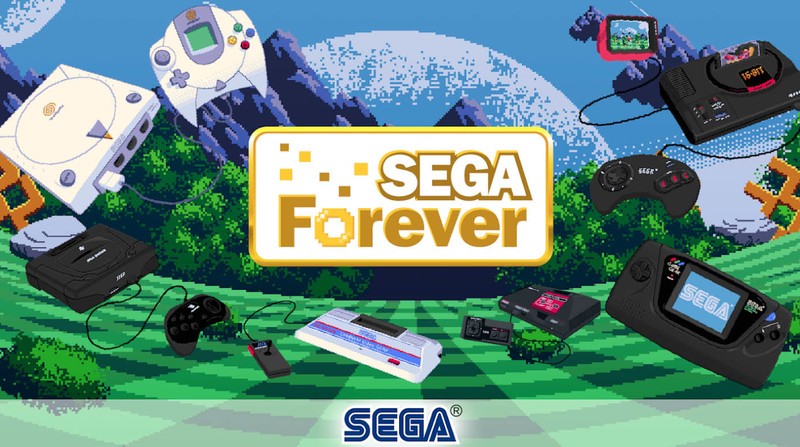 At the moment, ‘Sega Forever’ is a platform for playing both ported (Christian Whitehead Sonic’s, Crazy Taxi) and emulated (the rest) Sega games on iOS and Android.  The team behind their social media platforms has also been releasing assets related to these games and will be rolling out a lot more content in the coming year.  While there weren’t many details in the release announcement, it’s expected to see things like artwork, assets and interviews with original developers released on a game’s anniversary.

While I’m always excited to see some love shown to retro games, I really hope the team behind all this takes the time to present these games properly.  While yes, nostalgia plays a huge factor in a lot of classic Sega interest, there’s also an entire generation (or two) of ‘new’ gamers that are interested in experiencing these classic games.  Much like classic cars or vintage clothing, you don’t need to be born in the era something was released to appreciate it and while mobile emulation apps are an excellent way to get started, I’d love to see the team focus on original hardware.

In fact, I’d love to see a more mainstream celebration of how people continue to play those original cartridges today, with streams and examples of upgrades.  Sure, most people will just choose the easiest options to play these games such as Sega Forever and Sega Ages re-releases, but I hope people who put effort into having gaming experiences accurate to the original will get some recognition as well.  Let’s cross our fingers and hope fans of Sega games get to see both their original and modern adaptations celebrated.

SEGA's collection of Genesis classics comes to a new generation of consoles – and players. Over 50 titles across all genres from all-time classics like Sonic and Streets of Rage 2 to deep RPGs like the Phantasy Star series; arcade action, shooters, p… read more

From here on out, the SEGA Forever social channels will be celebrating SEGA’s rich history, our 60th anniversary, and all our retro-related releases.

Stay tuned as we open our vaults to share artwork, history, and much more besides!#SEGAForever pic.twitter.com/4gfaCD5wSX