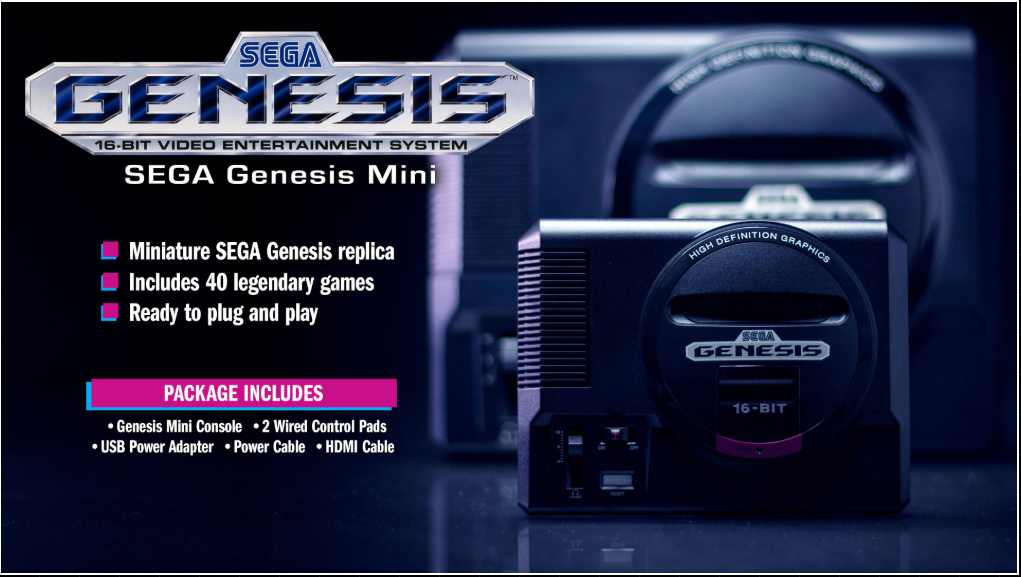 Sega has announced the final batch of games being included with the upcoming Genesis Mini and they included some interesting choices, such as Tetris, which was never officially released on the Genesis!  It also includes Monster World IV which was previously a Japan-only release!

Overall, this console is looking to have the most potential of all the “classic” consoles released in the past few years!  Pre-order yours via the link below and check out the full list of games here:  http://genesismini.sega.com/

$49.99
The iconic SEGA Genesis console that defined a generation of gaming returns in a slick, miniaturized unit. The SEGA Genesis Mini console is loaded with 42 legendary games and is plug and play ready right out of the box! Box contents: Sega Genesis Min... read more
(as of December 2, 2020 - More infoProduct prices and availability are accurate as of the date/time indicated and are subject to change. Any price and availability information displayed on [relevant Amazon Site(s), as applicable] at the time of purchase will apply to the purchase of this product.)