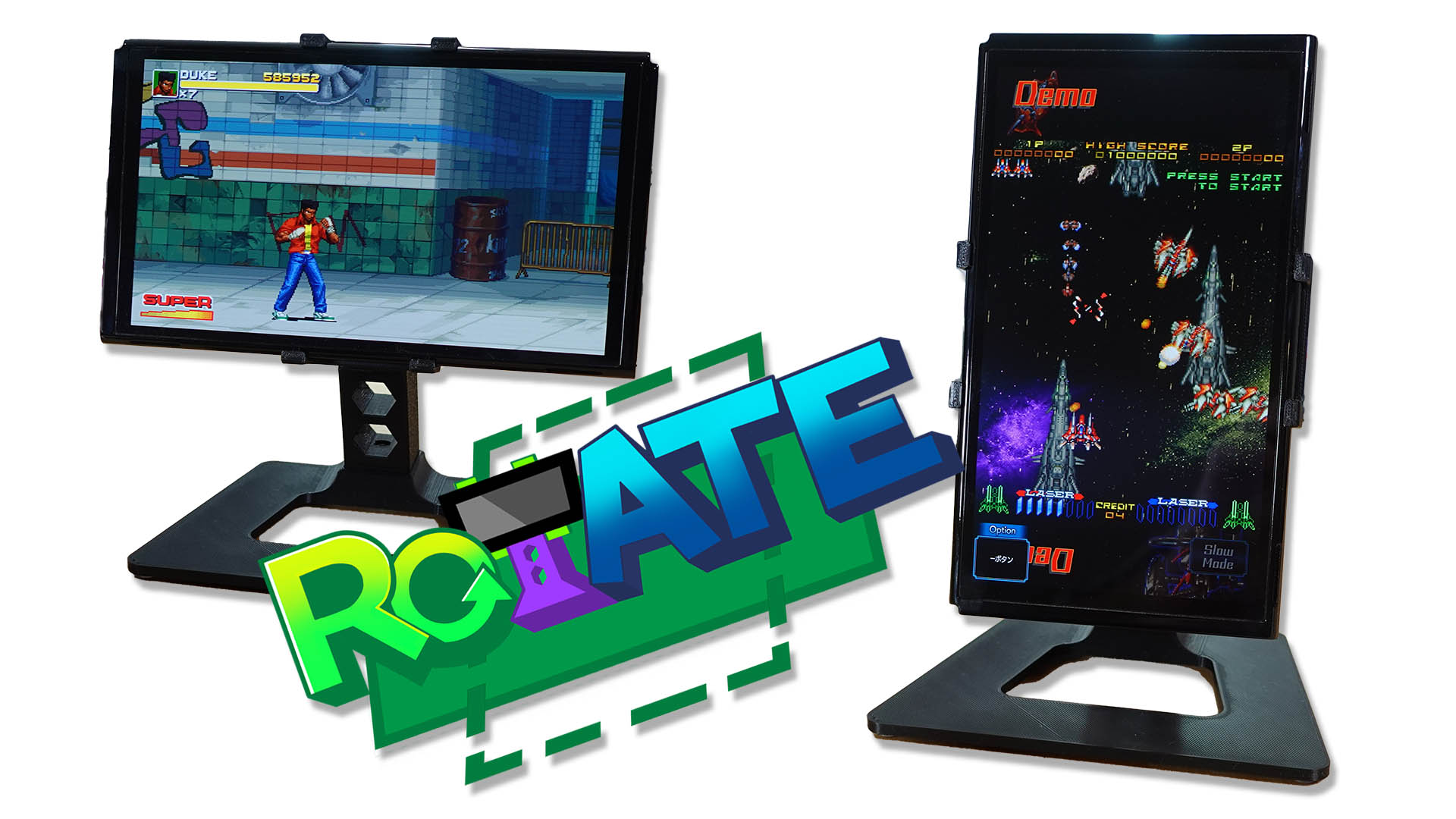 Todd from Retro Frog is launching a Kickstarter campaign for a rotatable Nintendo Switch stand, this Friday the 19th in the afternoon.  This will allow you to play games of any orientation, using the Switch itself as the display.  Check out the campaign for more info, as well as a demo video in Todd’s Tweet below:

While I’m not a handheld gamer, I could absolutely see myself using this, as it essentially turns the Switch into portable gaming setup.  I gotta add some thoughts here though:  First, while yes, the Switch already has a kickstand…has anyone actually enjoyed looking down at a table playing that way??  I found it clunky and uncomfortable, making the fully adjustable RoTATE stand seem like a significant upgrade.

The only thing that bugs me about this setup, is the Switch itself:  There’s no way to enable the built-in screen in docked mode, otherwise this would have been the perfect device to allow you to game via the Switch and use it’s HDMI output for streaming.  Is there any jailbreak hack that might allow this!?!?  Or just a hardware mod?  Hopefully stuff like this will help push people to find creative solutions for this.

RoTATE – The Desktop Stand for the Nintendo Switch! goes live on Kickstarter on Friday August 19th at 12pm Eastern Time.https://t.co/KLrQm6MkDw

Check out the Kickstarter video early!